Virat Kohli's Indian Cricket Team Started Their Tour Of New Zealand On The Ultimate High With A 5-0 Sweep Of New Zealand In The T20Is But Then It Went Horribly Wrong In The ODIs And Tests As They Were Whitewashed 3-0 And 2-0 Respectively.

Virat Kohli's Indian team were whitewashed in the ODIs and Tests but they inflite (Photo Credit: Getty Images)

Virat Kohli's Indian cricket team started their tour of New Zealand on the ultimate high with a 5-0 whitewash in the Twenty20 Internationals. The high of the unprecedented whitewash was then followed by the ultimate 31-year low of being whitewashed 3-0 in the ODIs. The poor show in the ODIs carried on into the Tests and Virat Kohli's Indian team were undone by swing, seam and bounce as they lost the two Tests in Wellington and Christchurch by 10 and seven wickets respectively to be whitewashed 2-0 in the Tests. The performance in the Tests, in particular, once again raised concerns about the Indian cricket team's mental application in tough conditions but Virat Kohli put up a brave face and said the team was not going to give excuses.

"We are not going to take excuses from this tour, just the learning and the mistakes (as we) try to improve moving forward. It was a combination of us not having the right kind of execution and New Zealand playing well. The consistency of their bowling was outstanding, forced us to do mistakes. We are usually a batting side that fights. Batsmen didn't do enough for the bowlers to attack. It's disappointing as a side when the batsmen don't back up the effort of the bowlers. To win series and matches outside home you need to have a balanced performance with bat and ball and in the field - take those chances as well. We need to go back, understand what went wrong and correct those things moving forward," Kohli said.

The pitches at the Basin Reserve in Wellington and at the Hagley Oval in Christchurch were green with plenty of assistance for the pacers. It did not help that Kohli lost the toss in both Tests and his batsmen were inserted in on the best bowling conditions of the Test on the first day. None of the Indian batsmen went past an average of 30 with the likes of only Hanuma Vihari, Mayank Agarwal, Prithvi Shaw and Cheteshwar Pujara managing fifties while Kohli could manage only 38 runs in four innings, one less than Trent Boult, the New Zealand No.11 who made it in two innings. The Indian skipper refused to blame the outcome of the toss for the results. 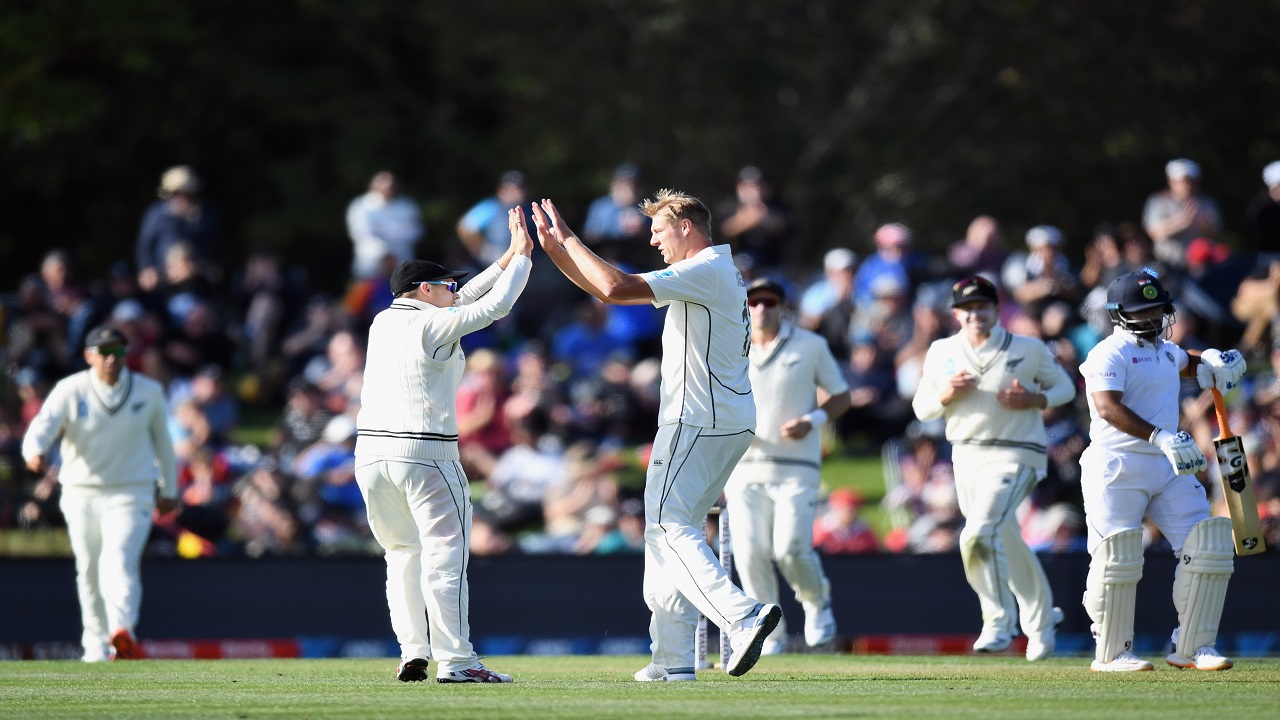 "We are not a side that thinks about the result of the toss. Yes it did give a bit of extra advantage to the bowlers in the first two hours of each Test, but as an international side playing so well over two, three seasons, you are expected to go out and execute in those conditions. I think it was a matter of not having enough intent in the first game. We played well in the first innings here with the bat. We also need to give credit to the New Zealand bowlers, they bowled in the right areas long enough, created a lot of pressure. There were hardly any opportunities, that meant you have to play extravagant shots for runs than just keep rotating strike," Kohli said.

In both the Wellington and Christchurch Tests, India failed to run through the tail and both times, Kyle Jamieson made them pay. Jamieson smashed 44 and Boult hit 38 as New Zealand's tail smashed 123 runs at the Basin Reserve and gave them a big 183-run lead. In Christchurch, Jamieson was once again the star with 49 and he shared a partnership of 51 for the ninth wicket with Neil Wagner as India managed only a slender seven-run lead. Jamieson and Wagner had come with New Zealand trailing by 68 runs but the stand ensured the match was evenly poised.

In addition, Jamieson took four wickets in Wellington and his maiden five-wicket haul in Christchurch as he made a big impact, prompting skipper Kane Williamson to label him an 'exciting talent'.

"Jamieson's a very exciting talent, and contributed incredibly well with both bat and ball in both games. He's tall and gets bounce which is very helpful in these conditions. The runs he scored in the backend of both games were very valuable. Great progress for him. I think therein lies the value of the 30-40 run partnerships. I don't think the end result shows how tight that match was. We saw how many times the ball beat the bat. A fantastic series from outside and the way the guys stuck in. India are a world-class side and to beat them is quite satisfying," Williamson said.