Tim Southee Cleaned Up Indian Cricket Team Skipper Virat Kohli And He Became The Bowler Who Has Dismissed The Best Batsman In The Modern Era The Most Number Of Times Combined Across Formats.

Tim Southee dismissed Virat Kohli for the sixth time in ODIs and it drew him level with Ravi Rampaul. (Photo Credit: Getty Images)

New Zealand were boosted by a superb partnership of 76 for the final wicket by Ross Taylor and Kyle Jamieson as they reached 273/8. In response, India started aggressively but Prithvi Shaw and Mayank Agarwal were both cleaned up by Hamish Bennett and Kyle Jamieson. All hopes were pinned on Virat Kohli, who has a fantastic record while chasing. Tim Southee, who has suffered plenty of criticism for the way how he bowled in the death overs in the ongoing series, proceeded to deliver a superb spell to Virat Kohli. With his first ball, he beat the outside edge of the skipper and then bowled consistently in the right areas and channels. Kyle Jamieson built up the pressure as he bowled a maiden.

Virat Kohli tried to break the shackles with a boundary off the youngster and in the next over, the duel resumed. Southee appealed for an LBW against Kohli but the ball was clipping the top of off stump and since it was not given out, the decision stayed with the umpire. Realising that Southee was getting some movement off the deck, Kohli informed Shreyas Iyer to take guard and watch the ball carefully. Ironically, Kohli himself did not follow the advice. On the fourth ball, Southee bowled a scrambled delivery that pitched on a good length and it nipped back in sharply, Kohli played inside the line of the delivery and it breached the defence to hit the stumps as Kohli was sent back for 15 off 25 balls.

By getting rid of Kohli in Auckland, Southee joined an illustrious list of bowlers to have achieved a very rare feat and that is making Virat Kohli his bunny. This was the sixth time that Southee had gotten rid of Kohli in ODIs while across formats combined, he has dismissed Kohli nine times. His feat of dismissing him six times in ODIs drew him level with West Indies pacer Ravi Rampaul while across formats, his tally of nine went past England fast bowler James Anderson's tally of eight. 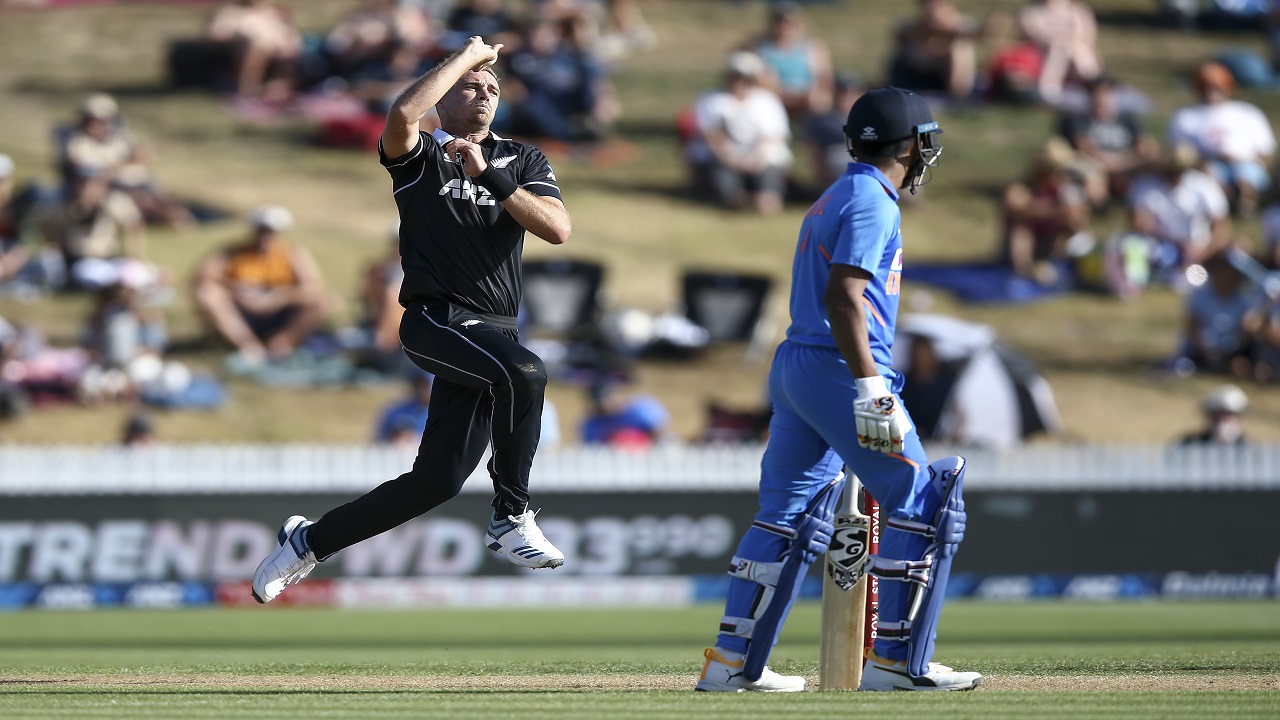 Tim Southee has been getting the better of Virat Kohli ever since 2010. (Image credit: Getty Images)

It is in the ODIs, though, where he has had tremendous success. Southee first dismissed Kohli in their encounter in 2010 in Dambulla when he was dismissed for 8. In the 2014 tour of New Zealand, Kohli was dismissed twice in the ODIs played in Hamilton for 78 and 2. In 2017, Kohli smashed centuries in Mumbai and Kanpur but Southee got the better of Kohli in both games.

With this dismissal in Auckland, Southee now has dismissed Kohli the most number of times and it will certainly go a long way in dispelling the criticism that he has suffered following the assault in the death overs of his bowling.