Unbelievable! Wahab Riaz Takes Hat-Trick With A Twist In Pakistan Super League But It Will Never Exist

Fakhar Zaman Was Dropped First Ball By Kamran Akmal Off Wahab Riaz But The Bowler Bowled The Opener Off A No-ball And Then Was Caught Off A Free-hit As The Left-arm Pacer Took A Hat-trick Which Will Never Exist.

Wahab Riaz had three wicket-taking opportunities against Fakhar Zaman but unfortunately that will not count. (Photo Credit: Twitter)

A hat-trick that will never exist. The Pakistan Super League clash between Lahore Qalandars and Peshawar Zalmi at Rawalpindi on Friday witnessed a unique feat by Wahab Riaz. The left-arm pacer took a hat-trick that will never exist during one clash in the Pakistan Super League. In the fourth over of the chase by Lahore Qalandars, Wahab Riaz was bowling to opener Fakhar Zaman. On the first ball, Fakhar Zaman was dropped by Kamran Akmal the wicketkeeper as it raced away to the fine leg boundary. In the next ball, he bowled Fakhar Zaman but it was a no-ball. On the free-hit, he was caught at midwicket.

So, Wahab Riaz actually had the potential of taking three wickets in three balls but they will never count. The feat of Wahab Riaz continued his frustration in the ongoing Pakistan Super League, in which he had an ugly confrontation with Jason Roy in the game against Quetta Gladiators. The confrontation revolved around accusations that Wahab Riaz had tampered with the ball and what followed after his dismissal was ugly scenes that invited the wrath of social media. 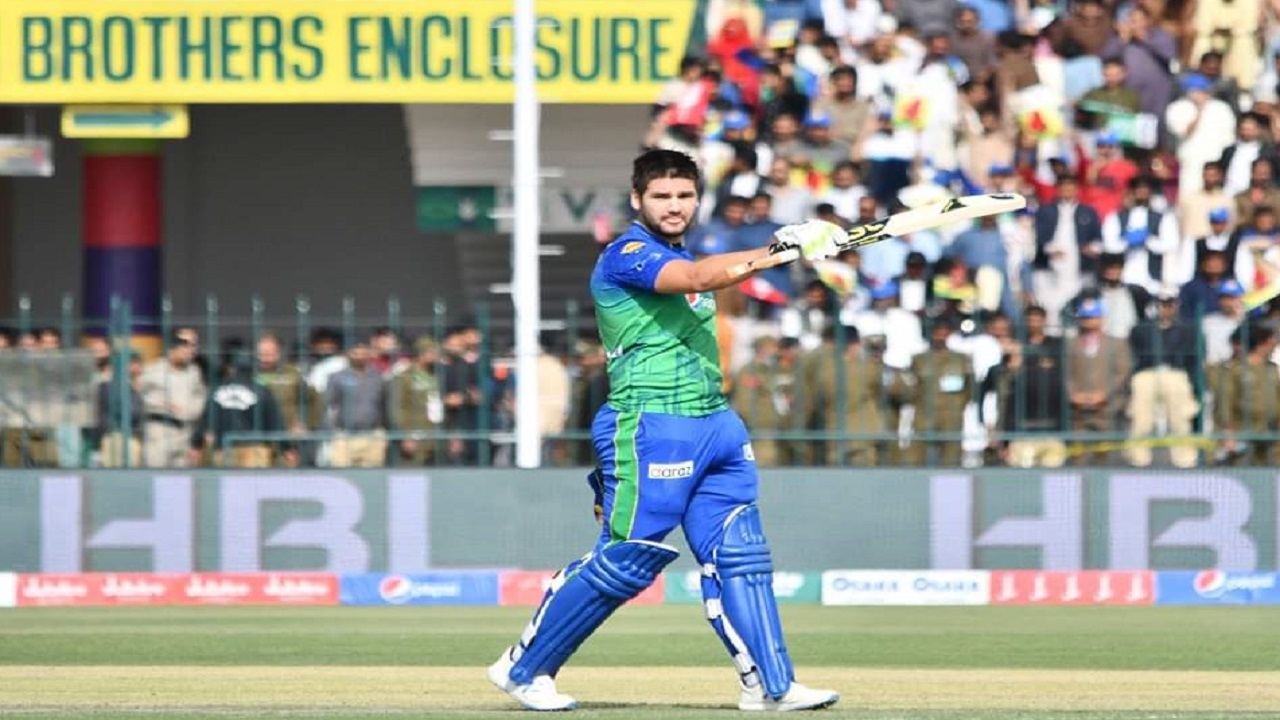 In response, Chris Lynn began aggressively with a six and a four off Rahat Ali while he blasted three fours off Hasan Ali. Fakhar Zaman got going with a six and after surviving the weird over from Wahab Riaz, Lahore Qalandars looked to be on course. However, Lewis Gregory got two wickets in one over and despite getting hit for two sixes by Sohail Akhtar, he managed to take 4/25 as Peshawar Zalmi won by 16 runs.

In the first game on Saturday between Multan Sultans and defending champions Quetta Gladiators, Rillee Roussouw smashed a magnificent ton and they survived a big onslaught from Shane Watson to win by 30 runs. Multan Sultans chose to bat but they lost Zeeshan Ashraf cheaply. James Vince looked in good form but he fell for an aggressive 29. When Moeen Ali was bowled for 3, Multan Sultans were tottering at 65/3 but that was when Roussouw cut loose. Roussouw smashed a six off Anwar Ali and Mohammad Hasnain and in the 14th over, he targeted Hasnain with a four and a six.

Roussouw smashed four boundaries off Ben Cutting while the South Africa left-hander smashed a six off Naseem Shah and smashed Sohail Khan for a six and a four. In the 18th over, Naseem Shah was hit for a six and a four by Roussouw and in the final over, he reached the landmark with a four and a single off Sohail Khan. He was well-supported by Shan Masood who smashed 46 and shared a stand of 139.

Jason Roy and Shane Watson started aggressively as they hit boundaries at will. Watson smashed a four and six off Mohammad Irfan while Roy continuously hit boundaries at will. Bilawal Bhatti dismissed Roy for 30 but Watson neared his fifty with a six and a four off Imran Tahir. The Australian all-rounder reached his fifty with a four and a six of Mohammad Ilyas as he kept Quetta Gladiators in the game. Watson continued to hit sixes and fours as he took Irfan and Ilyas to the cleaners. However, Imran Tahir got the wicket of Watson for 80 and although Anwar Ali kept the Quetta Gladiators in the game with a four and six off Sohail Tanvir, Bilawal Bhatti's twin strikes in the 18th over meant Multan Sultans won the match.