Yashasvi Jaiswal Slammed A Fifty While Kartik Tyagi Took A Hat-trick As India Thrashed Afghanistan By 211 Runs In The ICC Under-19 World Cup Warm-up Clash In Pretoria.

Yashasvi Jaiswal slammed a fifty and he was well supported by Tilak Varma in the warm-up against Afghanistan in the Under-19 World Cup. (Photo Credit: Getty Images)

Yashasvi Jaiswal gave a warning to the world about his prowess as he starred in India's massive win against Afghanistan in the ICC Under-19 World Cup warm-up game in Pretoria. Jaiswal was already hailed by former pacer Makhaya Ntini as someone who is ready to play in the senior Indian cricket team. "India have certain players like Yashasvi Jaiswal, Ravi Bishnoi, Kartik Tyagi and Akash Singh who are set to play in the IPL. They have already been groomed to represent India as a nation when they grow older," Ntini had said. In the very first game, Jaiswal slammed 69 and was helped by Tilak Varma's 55.

The bowlers backed the Indian team brilliantly as India won by 211 runs. India chose to bat and in the very first over, Jaiswal got going with a boundary but they lost Divyansh Saxena when he was bowled by Fazal Haq. Jaiswal and Varma shared a superb partnership in excess of 100 and both batsmen went past fifties in grand style. Jaiswal hit six fours and a six in his knock while Varma hit four boundaries and a six in their knocks.

Priyam Garg, the skipper, looked to take the attack to the Afghanistan bowlers by smashing two sixes. However, the middle order failed to get going with Abid Mohammadi taking three wickets and ending as the pick of the bowlers with 3/19. Shubhang Hegde and Ravi Bishnoi ended the innings with a flourish as India finished with 255/6.

Chasing 256, Afghanistan were never in the game with Kartik Tyagi taking a hat-trick in the very first over. In the second ball, he dismissed skipper Farhan Zakhil and followed it up by clean bowling Sediqullah Atal and Rahmanullah. At 0/3 in the first over, India had already established a toe-hold in the game. Imran Mir and Asif Musazai tried to build a partnership but they were both dismissed by Akash Singh. 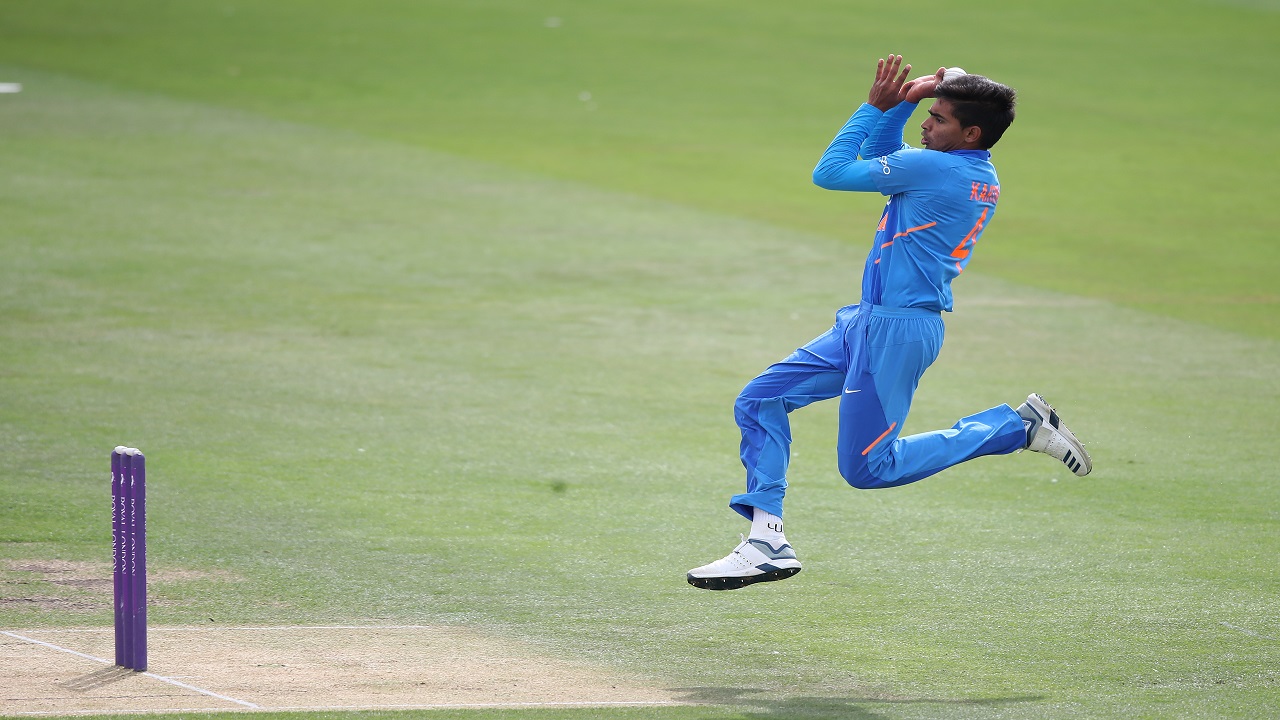 Afghanistan continued to lose wickets with Sushant Singh taking two wickets of Ibrahim Zadran and Mohammadi. Shubhang Hegde got a further two wickets and Mohammad Ishaq, the wicketkeeper, was the only Afghanistan player to reach double figures but when he was run-out, Afghanistan were all out for a woeful 44 and the innings lasted just 17.5 overs.

India's last warm-up game will be against Zimbabwe at the St Stithians Main Oval in Johannesburg while their first game in the 2020 ICC Cricket Under 19-World Cup will be against Sri Lanka at the Mangaung Oval in Bloemfontein on January 19. India are currently the defending champions and have won the tournament a record four-times, having won the event in New Zealand in 2018 under the captainct of Prithvi Shaw.