Yashasvi Jaiswal is the leading run-getter for India in the ongoing Under-19 World Cup after his century vs Pakistan. (Photo Credit: Getty Images)

From selling pani puris to sleeping in tents of a cricket ground as a stadium, Yashasvi Jaiswal has known struggle. All those struggles are finally paying off for Yashasvi Jaiswal on a grand Tuesday at Potechefstroom against Pakistan. Jaiswal notched up his century and he shared an unbeaten partnership of 176 with his fellow Uttar Pradesh opener Divyansh Saxena. India won the match by a thumping margin of 10 wickets and they levelled their head-to-head record against Pakistan in Under-19 World Cups to 5-5. Yashasvi Jaiswal also became the leading run-getter in the current edition of the Under-19 World Cup and he could add one morem feather to his cap if he helps India win the Under-19 World Cup title for a record fifth time in the final on Sunday.

Creating history is nothing new at Yashasvi Jaiswal. At 17 years and 293 days, Jaiswal created history in the ongoing 2019 Vijay Hazare Trophy. During the game between Mumbai and Jharkhand at Alur, Jaiswal, playing for Mumbai became the youngest double centurion in the history of List A cricket. Jaiswal blasted 203 off 154 balls and the knock included 17 fours and 12 sixes as Mumbai reached 358/3. Jharkhand made a superb response with Virat Singh smashing a century but they fell short by 39 runs. However, all eyes were on Jaiswal and his historic record-breaking feat.

This was not the first time where Jaiswal had impressed. In the game against Goa, Jaiswal smashed 113 off 123 balls and Mumbai won by 130 runs. In the Tri-Natipn Under 19s tournament which featured India, England and Bangladesh, Jaiswal smashed four fifties in seven games and smashed 294 runs at an average of 42. However, in order to attain success, Jaiswal had to undergo plenty of pressures off the field in order to get where he is.

A Life Of Struggle

Born in the Bhadohi district in Uttar Pradesh, Jaiswal moved to Mumbai in order to have a better future. For the first three years, in order to survive, he had to sell pani puris and sleep in a tent in Azad Maidan. In an exclusive chat with the Indian Express, Jaiswal outlined his struggles. 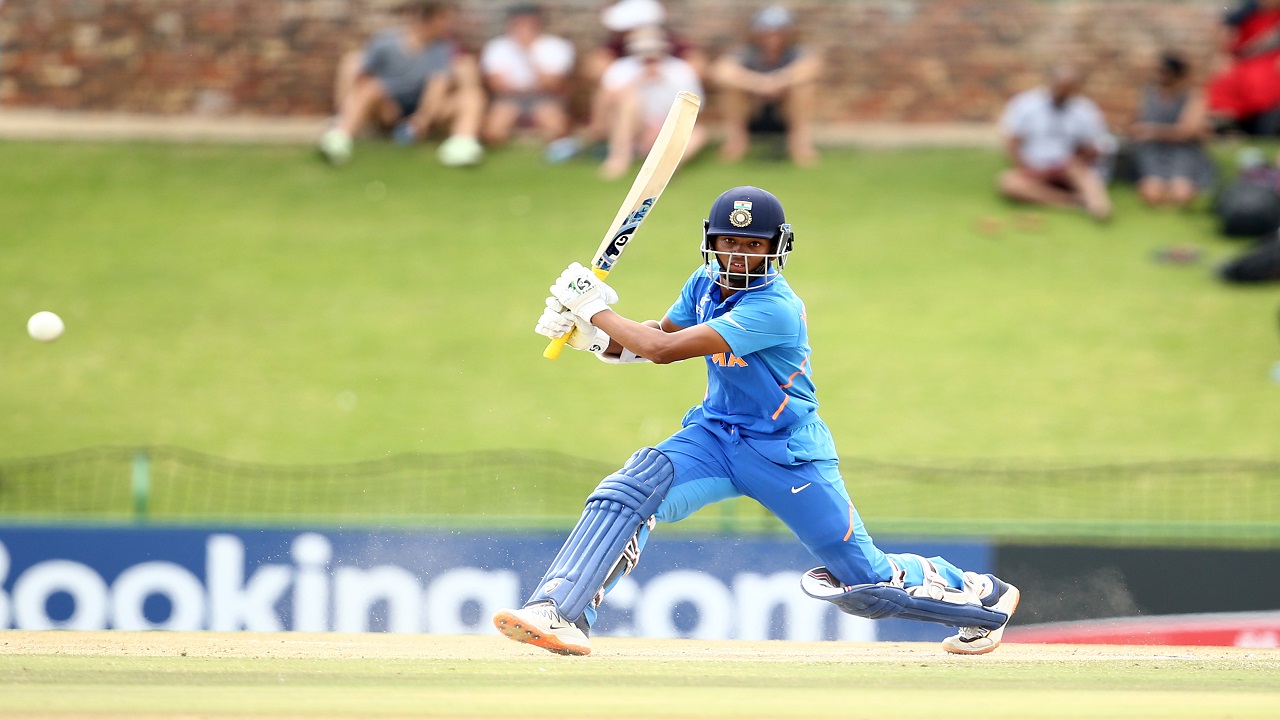 "During Ram Leela, I earned well. I prayed that my teammates would not come there for pani-puri. Sometimes they did and I would feel bad serving them. I always used to see boys my age bringing food or their parents had big lunches with them. As for me, it was — khana khud banao, khud khao. (make your own food, eat alone). No breakfast. Catch hold of anyone around and request them to buy breakfast," Jaiswal told the Indian Express. He talked about how the struggles outside of the cricket field have made him strong to face pressure on the ground.

"You are talking about mental pressure in cricket? I have faced it daily in my life for years. Those have made me strong. Scoring runs is not important. I know I will score and take wickets. For me, whether I get the next meal or not, that’s important. I remember the days when I was almost shameless. I used to go with my teammates for lunch, knowing that I didn’t have any money. I would tell them, 'paisa nahi hai, bhook hai'," Jaiswal said. With so much struggle, it is no surprise that Jaiswal is reaping the rewards in the current Under-19 World Cup and one prays he is successful in representing the Indian cricket team one today.