Yasir Shah Showed The Top Order How To Bat In Their Ongoing Series Against Australia And He Created History With His Maiden Ton During The Pink Ball Test At The Adelaide Oval.

Pakistan have endured a miserable time in Australia, having lost the Twenty20 Internationals 2-0 and suffering their 13th straight loss in Tests in Australia with an innings and five-run loss in Brisbane. In the Pink Ball Test in Adelaide, David Warner tore the bowling attack to shreds by smashing a record 335* as Australia declared on 589/3. Barring Babar Azam, the rest of the Pakistan batting has failed to impress in the ongoing tour of Australia. However, Yasir Shah, the legspinner who does not have a solid reputation as a batsman, gave the Pakistan top order a lesson in how to bat in Australia.

With Pakistan reeling at 96/6 at the end of day 2, Pakistan needed something special and Yasir Shah stepped up to the plate. Yasir gave solid company while Babar Azam looked to be more confident. Babar notched up his fifty with two fours off Josh Hazlewood. Yasir focused on stonewalling the attack and he capitalised on some loose balls to build a solid partnership. Yasir survived a stumping chance when Tim Paine fluffed the opportunity off Nathan Lyon.

Azam entered the 90s with two fours off Marnus Labuschagne and Yasir went on to register his highest individual score. Australia did not make things easy for themselves when Labuschagne dropped a simple chance off his own bowling to give Yasir a second life. The partnership for the seventh wicket went past 100 but Mitchell Starc broke Pakistan hearts when he had Babar Azam caught for 97 and in the next ball dismissed Shaheen Afridi to take six wickets. However, Yasir once again stonewalled and went past his fifty. He found good support in Mohammad Abbas as he went past fifty with two fours off Nathan Lyon.

After the tea break, Yasir made smooth progress while Abbas smashed a couple of boundaries and a six to keep Pakistan in the hunt. Yasir had another slice of luck as a top-edged sweep off Lyon landed safely and he crossed the 90s with two fours off Starc. In the 86th over, Yasir finally created history when he lofted Hazlewood over mid off to complete a magical century and enter a special club of Pakistan players. 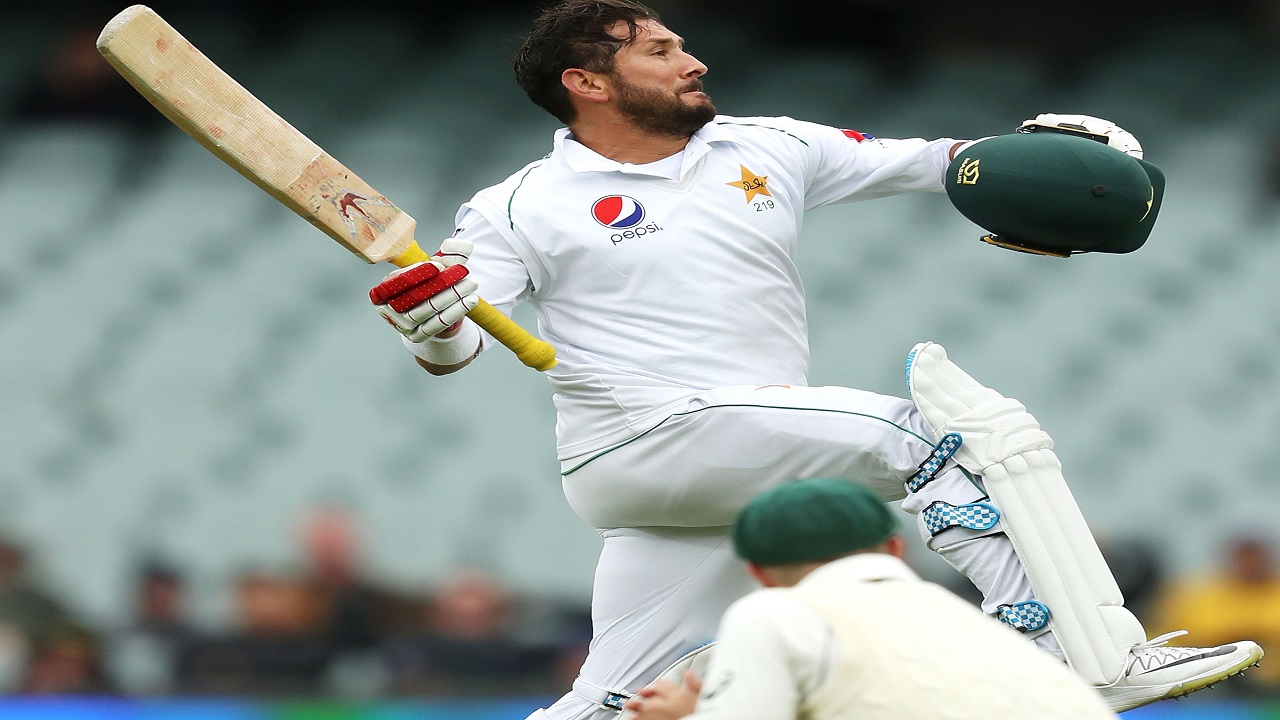 Faqih hit 105 against India in the Ahmedabad Test of 1987 while Imran Khan hit 135 against India in the same 1987 series in the Chennai Test. Kamran Akmal was the next player to hit a century at No.8 and it came against India in Mohali during the 2005 Test. Moin Khan was the first Pakistan player to hit a century at No.8 outside of the subcontinent when he smashed 105 against England in Leeds in 1996 while Saqlain hit 101 against New Zealand in Christchurch in 2001. Akram smashed 100 against Sri Lanka in Galle in 2000. In fact, this is the 12th hundred that a Pakistan player has scored while batting at No.8 in Tests.

Kamran holds the record for the maximum tons in that position with three, which includes a knock of 154 against England in Lahore as well as knocks of 109 and 113 against India in Mohali and Karachi respectively. Akram has two tons, including a world record 257* which he smashed against Zimbabwe in Sheikhpura in 1996. The knock still remains the highest in the history of Test cricket by a No.8 player. Yasir's knock has given Pakistan something to cheer as they look to end their miserable tour of Australia at least with a draw or an unlikely win in the Pink Ball Test in Adelaide.