Virat Kohli Cemented His Greatness By Ending The Debate As To Who Is The Best Player Of The Modern Era With Centuries In South Africa, England And Australia But As Captain, Question Marks Were Raised.

When it comes to Virat Kohli and the Indian cricket team’s achievements in 2018, it was a case of individual brilliance being overshadowed by poor performance of the team. As a batsman, Kohli was in the zenith of his powers, smashing plenty of runs and conquering all countries with the bat. With 1322 runs at an average of 55, Kohli cemented his greatness by ending the debate as to who is the best player of the modern era with centuries in South Africa, England and Australia. However, as captain, question marks were raised. There were instances in South Africa, England and Australia where he misread the conditions, took some dodgy decisions regarding team composition which hurt the side and resulted in defeats. With 2018 coming to a close, here are some instances when Kohli did not shine as a captain 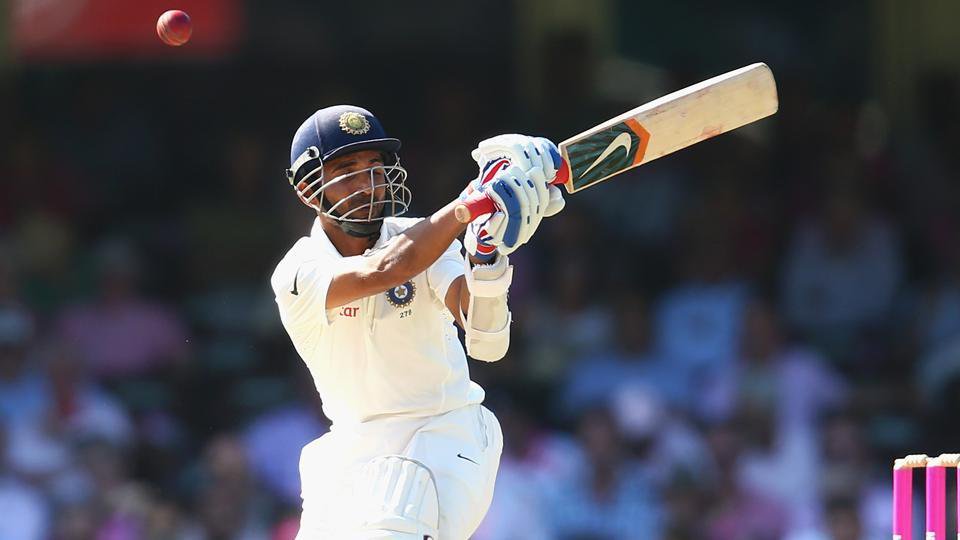 Ajinkya Rahane was India’s best batsman in India’s previous overseas tours to Australia, South Africa, England and New Zealand from 2013 to 2015, scoring centuries in Australia, England and New Zealand. His technique and composure to handle the tough conditions made him a class apart. Thus, when Kohli did not play Rahane in Cape Town and Centurion, question marks were raised. Without his presence, the Indian batting became too reliant on Kohli and floundered. After losing the first two Tests, Rahane came back for the Johannesburg game and shared a vital stand with Cheteshwar Pujara as India achieved a consolation win. Rahane’s contribution made Kohli’s decision to drop him questionable.

2.)    Dropping Bhuvneshwar Kumar for Centurion just after he had played well

Bhuvneshwar picked up 4/87 in the Cape Town Test, was the select few to show application on a difficult pitch and picked two more wickets. After a decent all-round show, Kohli could have continued with Bhuvneshwar Kumar but he duly dropped him in the Centurion Test. India missed depth and accuracy in the second Test and lost the match and the series. In the Johannesburg Test, Bhuvneshwar’s 30 and 33, combined with four wickets played a vital part in India’s win and raised questions on Kohli’s decision.

The pitch was green. The skies were overcast. It was typical English summer weather. Common wisdom said play four pacers. But, wisdom deserted Kohli at Lord’s as he picked two spinners. Both Ravichandran Ashwin and Kuldeep Yadav looked out of depth. Ashwin ended with figures of 0/68 while Kuldeep struggled for confidence and control to end with 0/44 in just nine overs. India was hammered by an innings and 159 runs. The tactic to play two spinners backfired spectacularly.

Hardik Pandya had shown flashes of brilliance with both bat and ball in South Africa and England. Yet, he did not bowl many overs in both the tours. Apart from a couple of knocks, Pandya struggled in most Tests. Kohli did not let Pandya get into an extended spell in Lord’s despite him being the best bowler. The conundrum with Pandya was the key factor which blighted Kohli’s selection in England and it hurt the team big time as they failed to win the key moments.

5.)    Playing a half-fit Ashwin without back-up kills India in England

On a green deck, Kohli misread the conditions by playing two spinners. On a dry Southampton pitch, India played just one spinner in Ashwin while England included Adil Rashid and Moeen Ali. In the third innings of the match, with India having a slender lead, Ashwin was expected to play a key role. However, the offspinner, who had injured himself in Trent Bridge but was passed fit for Southampton, aggravated the injury again and he could not bowl at optimum levels. His lack of penetration hurt India and England set India a target of 245. Moeen outbowled Ashwin and England clinched the series.  It was a gamble which did not pay.

6.)    Karun Nair – One triple century and still no match

Karun became only the second Indian to hit a triple century during the Chennai Test against England in 2016. He had a couple of failures in the Australia series and his fitness suffered. Yet, he was victim of the rotation policy employed by head coach Ravi Shastri and Kohli. Karun was included in the squad for England in 2018 but did not play a single match. There was no clear clarity from both Kohli and Shastri as to why he was not picked. The silence continues and Karun expressing frustration over lack of communication is a sad way to handle a player.

7.)    Kedar Jadhav – not picked, plays and then selected

This situation was a dark, farcical comedy. Jadhav had played a vital role in the Asia Cup but he was not included in the West Indies series. When his name was not announced for the last two ODIs, Jadhav, who was playing the Deodhar Trophy, remarked, “I need to see why they have not picked me. I don't know what the plan is now.” The chairman of selectors, MSK Prasad, compounded the confusion by stating Jadhav was not picked due to him being injury-prone. After all the confusion, Jadhav was selected in the match in Mumbai but the communication gap hurt Indian cricket big time in 2018.

When the Perth pitch against Australia was unveiled, Kohli spoke of how the team was excited and not nervous when confronted with the green nature of the wicket. Australia picked three pacers and a spinner. India went with four pacers. Yet again, the team had misread the conditions. On a hot day and with the spinner not building pressure, India’s pacers allowed Australia’s batsmen to score some vital runs. Nathan Lyon, the only spinner in the side, picked up eight wickets in the match, including 5/67 as he dominated a pacy wicket. Despite Kohli’s 123, India lost the Perth Test and squandered the advantage which they had gained in Adelaide.

India had a lead of 292 runs after Jasprit Bumrah’s 6/33 in Melbourne. With a side low on confidence and with the pitch becoming difficult, Kohli’s decision to not enforce the follow-on has raised questions. With rain predicted for the next two days in Melbourne, it remains to be seen whether Kohli’s decision backfires. If rain saves Australia, then this decision could haunt Kohli and India for a long time.

In all the losses during the tours of South Africa and England, Kohli employed a confrontational approach towards the media. This was highlighted in a big way in South Africa when he targeted journalists following the loss in Centurion and after the ODI series win. The relationship between Kohli and the media reached an all-time low in this year, which does not benefit both sides.