Two Second-half Goals In Less Than Three Minutes From Serge Gnabry And Another From Prolific Pole Robert Lewandowski Earned Bayern Munich A Thumping 3-0 Victory At Chelsea In Their Champions League Clash.

Serge Gnabry, who had earlier played for Arsenal, is now plying his trade with Bayern Munich. (Photo Credit: Getty Images)

Two second-half goals in less than three minutes from Serge Gnabry and another from prolific Pole Robert Lewandowski earned Bayern Munich a thumping 3-0 victory at Chelsea in their UEFA Champions League last 16, first leg on Tuesday. The German champions, clearly a class apart from their hosts, piled on the pressure from the start of the match and bossed Stamford Bridge with flair and 63% possession. "It was a really good result for us," Bayern coach Hansi Flick said. "The team performed exactly how we planned and we were very focused how we played."

It was a bad night for Chelsea, whose home form under Frank Lampard has been suspect all season, and their misery was complete in the 83rd minute when wing back Marcos Alonso was sent off for violent conduct after he caught Lewandowski in the face with his arm. For former Arsenal forward Gnabry they were the fifth and sixth goals in London in the Champions League this season after he scored four in Bayern's 7-2 demolition of Tottenham Hotspur in the group stages.

The first against Chelsea in the 51st minute involved a one-two between Gnabry and Lewandowski, who cut back from the edge of the area when Chelsea's retreating defence expected him to shoot, leaving Gnabry with an easy finish from less than 10 metres. Chelsea, run ragged most of the evening, had barely got their breath back when Lewandowski and Gnabry exchanged passes halfway down the pitch before Gnabry raced away to score. A smiling Flick said he was very happy Gnabry was now plying his trade in Germany rather than England. 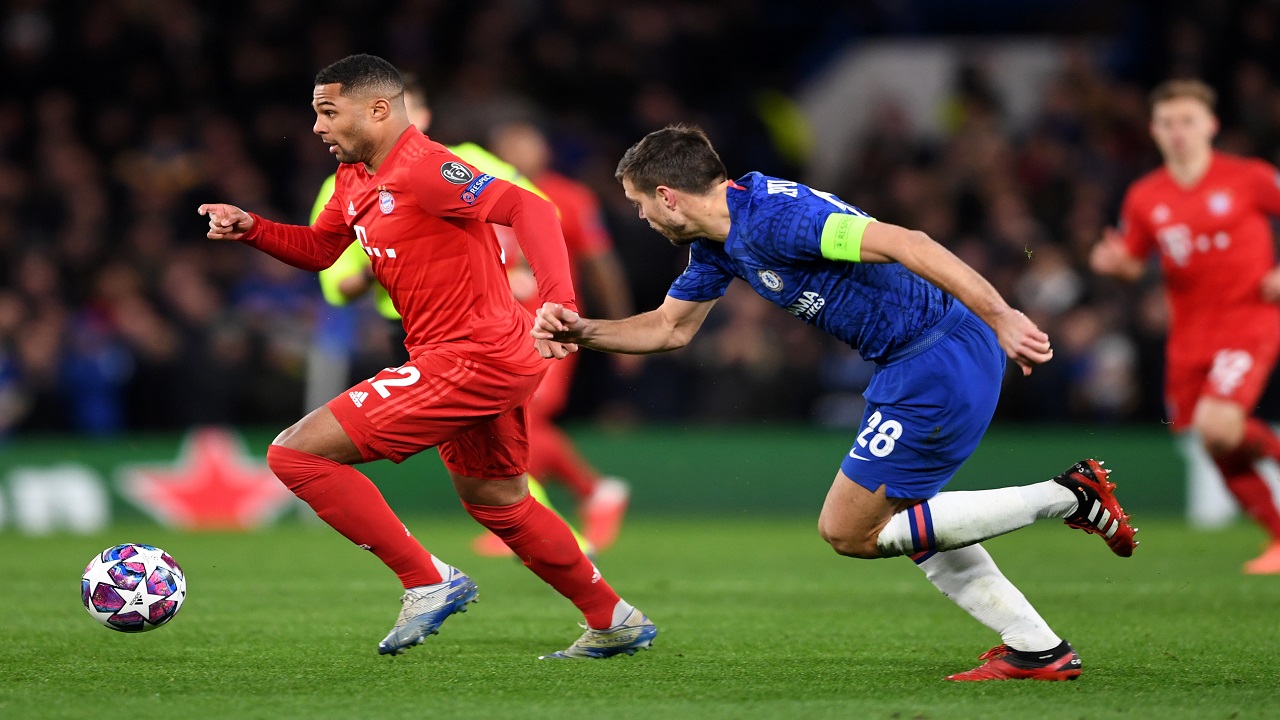 "I saw how he played at Arsenal and I followed his career intently," Flick said. "You could tell what he could do for the first Champions League match I saw him... he really impressed me and with Bayern Munich he's really developing well. So I'm very happy that he's playing with us." Lewandowski, clearly also enjoying himself, got among the scorers in the 76th minute after a stirring run from Canadian full back Alphonso Davies.

The Germans had also wasted a series of chances in the first half. Thomas Mueller, one of three players who figured in Chelsea's 2012 Champions League final victory over Bayern in Munich, went closest in the 35th minute when he thumped the bar with a header from another Lewandowski cross. Tuesday's win proved a measure of revenge for that unlikely Chelsea victory when Lampard captained the team in Munich and the English coach singled out Mueller as one of the players who had made the difference with his experience of the Champions League.

Mueller also had chances in the first minute and just before the half hour when his shot from 20 metres flew just wide. Kingsley Coman looked dangerous down the right wing in a Bayern side that appeared to be always a metre ahead of Chelsea in speed and anticipation. The home team had 38-year-old Argentine goalkeeper Willy Caballero to thank in the first half for keeping out Lewandowski, who has scored 11 goals in the competition so far this season, saving first with his face, then with his foot. Lampard, who throughout his career relished Champions League football and played in two finals, said the result was sobering for his young team.

"That’s football at this level - the level of Bayern Munich. "Unless we were getting everything bang on and right we were not going to get a result and we didn’t get everything bang on," Lampard said. "It was a harsh lesson in the realities of Champions League football." Lampard, clearly disappointed in the performance of some of his side, said each member of the team had to look at how he could improve in the second leg in Munich on March 18. "We have to go and play with pride and not consider the scoreline," he said. "We have to show character."