Liverpool Beat Tottenham 1-0 To Extend Their Lead At The Top Of The Premier League Table To A Yawning 16 Points As Southampton Gained Sweet Revenge Over High-flying Leicester.

Liverpool have won 61 points in the Premier League -- the most any side has ever registered after 21 games in a single season across Europe's big five leagues, assuming three points for a win. (Photo Credit: Getty Images)

Record-breaking Liverpool beat Tottenham 1-0 to extend their lead at the top of the Premier League table to a yawning 16 points as Southampton gained sweet revenge over high-flying Leicester. Chelsea and Manchester United secured comfortable wins in the race for the top four but 10-man Arsenal fell further off the pace after a limp draw at Crystal Palace. Jurgen Klopp's Liverpool secured their 20th win in 21 Premier League matches thanks to Roberto Firmino's 37th-minute goal at the Tottenham Hotspur Stadium on Saturday. Spurs had their chances to take at least a point as Son Heung-min and Giovani Lo Celso missed the target with the goal gaping in the final 15 minutes.

The European champions have won 61 points in the Premier League -- the most any side has ever registered after 21 games in a single season across Europe's big five leagues, assuming three points for a win. Their scarcely credible lead over second-placed Leicester means they are almost certain to claim their first English top-flight title for 30 years barring a calamitous collapse. "We played super football in their box, but for 90-95 minutes you have to be ready," Liverpool manager Jurgen Klopp told Sky Sports. "We were, but we still have to do better."

Speaking about Liverpool's record he said: "It's special. To win the number of games, to always be ready to fight, that's what the boys do. "The only thing is that you don't get anything for best starts. The only thing we're interested in is what we can get in the summer. This league is so strong. We have to be ready."

Earlier, Southampton claimed their fifth win in their past six games in all competitions as they came from behind at the King Power Stadium to beat Leicester 2-1. Dennis Praet fired the hosts into an early lead, but Stuart Armstrong's deflected effort quickly pulled Hasenhuettl's men level. Danny Ings then scored his 10th goal in 11 games eight minutes from time and the visitors survived a late scare when Jonny Evans's header was ruled out by VAR for offside. 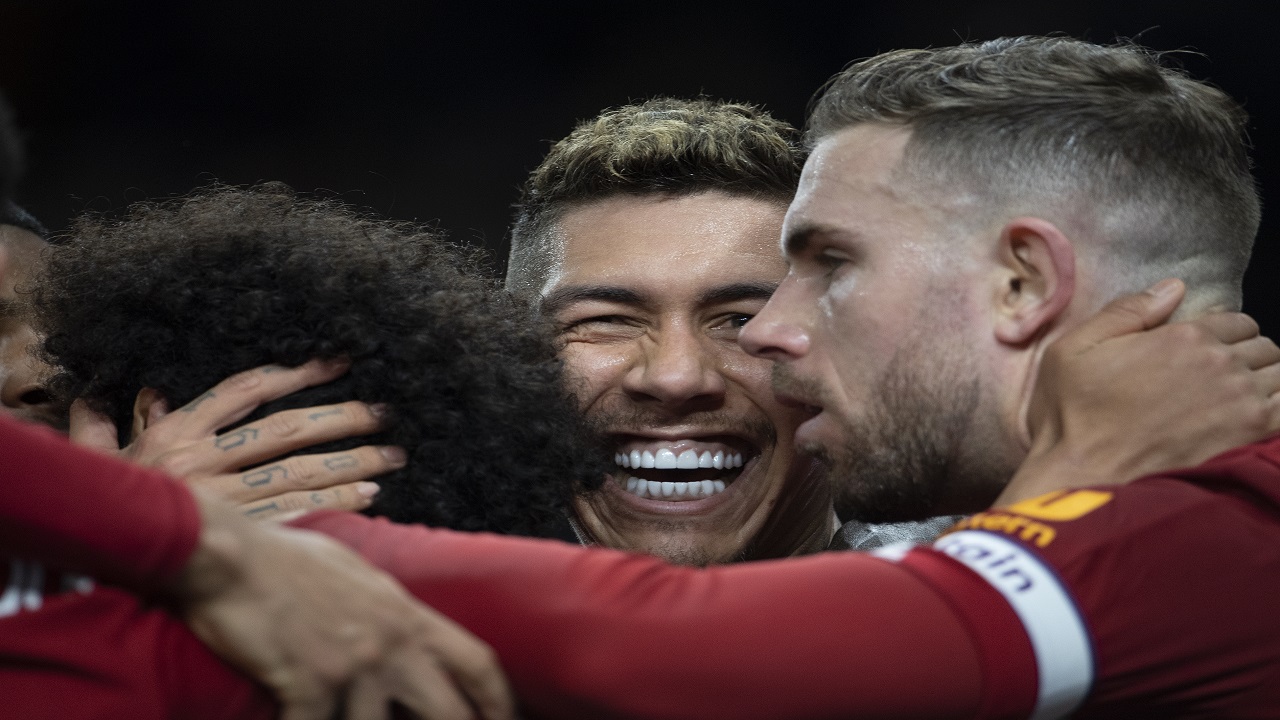 Chelsea put their struggles at Stamford Bridge behind them with a 3-0 win over Burnley, who slid ever closer to the bottom three. Jorginho opened the scoring from the penalty spot and Tammy Abraham gave Frank Lampard's men breathing space before half-time. Callum Hudson-Odoi then scored his first Premier League goal by converting Cesar Azpilicueta's cross at the back post. United ended a three-game winless run in style with Marcus Rashford and Anthony Martial once again leading the way for Ole Gunnar Solskjaer's men in a 4-0 demolition of bottom-of-the-table Norwich.

Rashford marked his 200th appearance for the club with two goals and Martial and substitute Mason Greenwood were also on target. Solskjaer was delighted with this team's performance, which leaves them in fifth spot in the table, five points behind fourth-placed Chelsea. But after the match he took fans at Old Trafford to task after angry protests aimed at unpopular owners the Glazer family and executive vice-chairman Ed Woodward.

"As a club we've got to stick together, we've got to be united, we are a family," said the United boss. "I can only say from when I've been here I've been backed by the owners, I've been backed by Ed and they're supporting me, so for me, make sure they stick together." Woodward has become a particular target for supporters in recent months, given the club's on-field problems and his record in the transfer market.

Arsenal are now 11 points off the Champions League places as their revival under Mikel Arteta was halted by a red card for captain Pierre-Emerick Aubameyang in a 1-1 draw at Crystal Palace. Aubameyang gave the Gunners a deserved first-half lead but the Eagles levelled thanks to Jordan Ayew's deflected effort before a VAR review turned a yellow card for Aubameyang into a red for a reckless challenge on Max Meyer.

Wolves were held 1-1 at home by Newcastle while Everton bounced back from an embarrassing FA Cup exit to a youthful Liverpool side thanks to a moment of magic from Richarlison to beat Brighton 1-0. During Spurs' match against Liverpool, injured Tottenham forward Harry Kane tweeted an image of himself in his hospital bed following successful surgery on his damaged hamstring. He wrote: "First day of recovery starts now!" Defending champions Manchester City travel to Aston Villa on Sunday, 17 points behind Liverpool.