Liverpool Extended Their Lead At The Top Of The Premier League To 11 Points With A Nervy 2-1 Win Over Brighton As Manchester City Slipped Up Once More In A Draw At Newcastle.

Liverpool extended their lead at the top of the Premier League to 11 points with a nervy 2-1 win over Brighton as Manchester City slipped up once more in a draw at Newcastle on Saturday. Chelsea missed the chance to go level on points with second-placed City as Frank Lampard's men suffered a shock 1-0 home defeat by West Ham, while Tottenham's winning run under Jose Mourinho continued as Dele Alli scored twice in a 3-2 win over Bournemouth. Virgil van Dijk is hoping to beat Lionel Messi to the Ballon d'Or on Monday and showed he can score goals as well as stop them with two towering headers from Trent Alexander-Arnold set-piece deliveries to put Liverpool 2-0 up inside 25 minutes.

However, goalkeeper Alisson Becker was sent off 14 minutes from time for handling outside his area and Brighton reduced the deficit from the resulting free-kick through captain Lewis Dunk. But the 10 men held out for another vital three points to edge closer to a first league title in 30 years. While Liverpool have made a habit of winning games when not at their best, not for the first time this season, City let points slip away to further dent their title chances after a 2-2 draw.

Twice Pep Guardiola's men led at St James' Park through Raheem Sterling and a brilliant Kevin De Bruyne strike eight minutes from time. But Newcastle responded quickly on both occasions as Jetro Willems cancelled out Sterling's strike before Jonjo Shelvey swept home a well-worked free-kick two minutes from time. "We do the same work we have done over the last few seasons. We tried to score more goals but it did not happen," said Guardiola, whose side failed to capitalise on nearly 80 percent of possession. 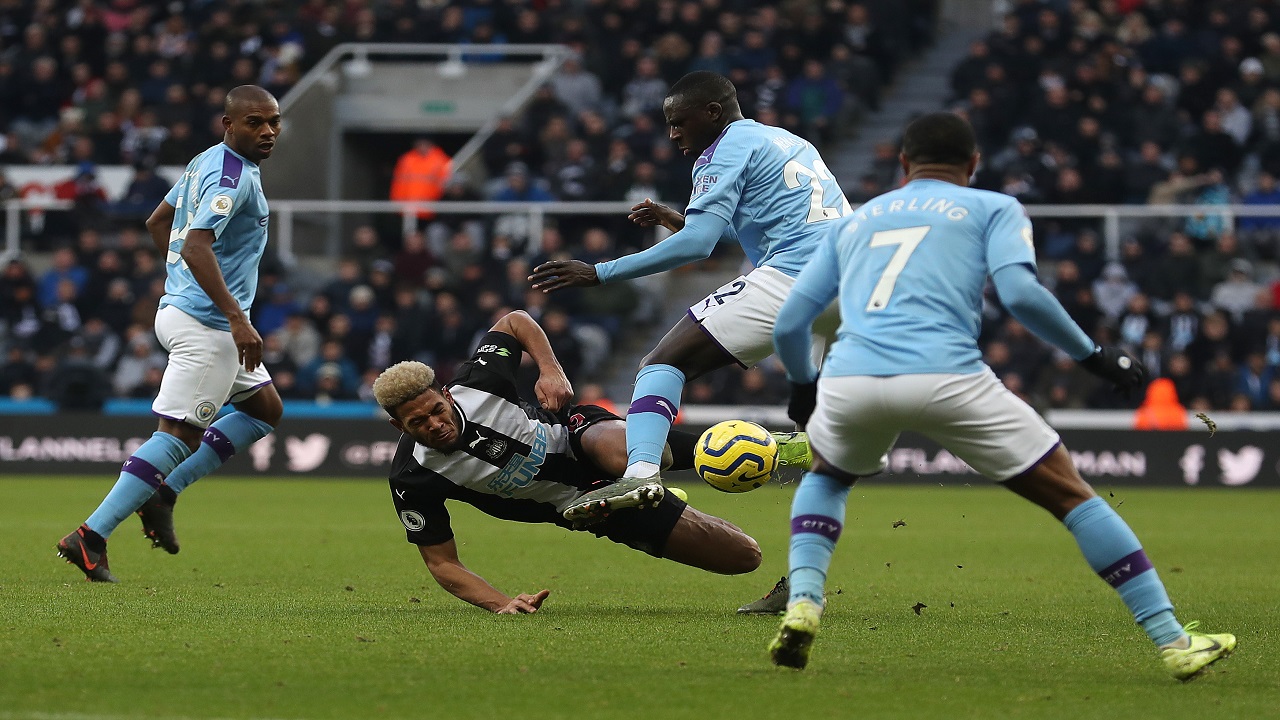 City's slip-up gave Chelsea the chance to go level on points with the champions and Leicester, who host Everton on Sunday. However, the Blues failed to replicate their fine form over the past two months as West Ham won for the first time in nine games to ease the pressure on Manuel Pellegrini. Aaron Cresswell scored the only goal three minutes into the second half with a tidy finish as he cut inside onto his weaker right foot.

But it was the Hammers who were the more likely to add to the scoring as the second period wore on with Kepa Arrizabalaga keeping them at bay with a string of saves, while Michail Antonio had a goal ruled out after a VAR review for handball. Tottenham are up to fifth and within six points of Chelsea in the battle for a top-four finish as the in-form Alli preserved Jose Mourinho's perfect start. The scoreline should have been far more convincing for Mourinho's men, who led 3-0 with 17 minutes left as Alli's fine form continued with a goal either side of half-time before Moussa Sissoko scored for the first time in over two years.

But Tottenham have conceded twice in all three of Mourinho's matches in charge and were left hanging on as Harry Wilson scored a double for the visitors. Crystal Palace secured their first win in six games to move into the top half as Wilfried Zaha and Jeffrey Schlupp were on target in a 2-0 win at Burnley.