Liverpool's First League Defeat In Their 28th Match This Season Also Meant The End Of A 44-game Unbeaten Streak Stretching Back To January 2019, As Well As Killing Off Their Dreams Of Going An Entire English Top-flight Campaign Without A Loss Like Arsenal And Preston North End Before Them.

Liverpool suffered their first loss since January 2019 but they still have a 22-point lead against Manchester City. (Photo Credit: Reuters)

Liverpool's dream run was demolished in the most unlikely fashion by strugglers Watford on Saturday in what must be considered the most extraordinary reverse of the entire Premier League season. On the evening when Liverpool were expected to complete the best sequence in the history of English football's top-flight with a 19th straight league victory, they were instead hammered 3-0 by the team lying one from bottom. Earlier Chelsea earned a late draw 2-2 at Bournemouth with two goals from their predatory defender Marcos Alonso and West Ham United moved out of the drop zone with a 3-1 win over Southampton after protests outside the London Stadium.

Yet nothing could compare with the drama of the late match as Watford's Senegalese winger Ismaila Sarr scored twice and set up a third for his captain Troy Deeney in a second-half shredding of Liverpool's aura of domestic invincibility. Liverpool's first league defeat in their 28th match this season also meant the end of a 44-game unbeaten streak stretching back to January 2019, as well as killing off their dreams of going an entire English top-flight campaign without a loss like Arsenal and Preston North End before them. 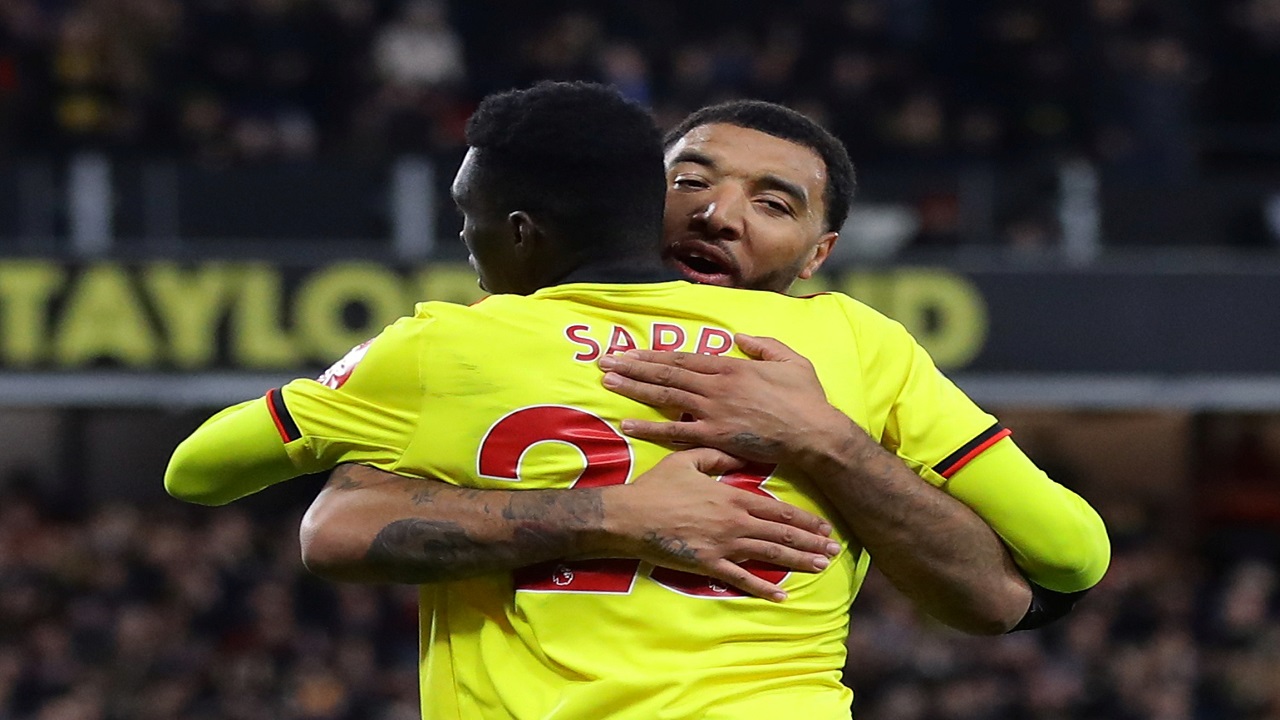 They remain 22 points clear of City, who have a game in hand, so it will doubtless prove only a bump en route to Liverpool's first English title for 30 years yet such has been the Reds' supremacy this term, it felt more than a minor tremor. Sarr, who pounced twice in the space of six minutes just before the hour, was hailed an "unbelievable talent" by Deeney, who could not help but smile about a victory "nobody had given us a prayer" to achieve.

Liverpool's captain Virgil van Dijk told Sky Sports the defeat was "unacceptable", adding: "If you concede three goals, obviously we have to improve as a team. We will." The thoroughly deserved win saw Nigel Pearson's Watford move out of the bottom three on goal difference into 17th place on 27 points, the same as 16th-placed West Ham and Bournemouth, who slipped into the drop zone after Chelsea's late equaliser.

At the Vitality Stadium, Chelsea boss Frank Lampard was relieved, but still a little alarmed to be left reliant on defender Alonso coming to the rescue. "I don't want my left-back top of the scoring charts. I want our attackers scoring goals and they haven't," said Lampard, after watching Alonso head home five minutes from time to ensure Chelsea avoided a second defeat in five days following their humbling Champions League home loss to Bayern Munich. Chelsea's hopes of being in Europe's top tournament next season suffered another setback after Bournemouth responded to Alonso's first-half goal with two in three second-half minutes from Jefferson Lerma and Josh King. Yet Alonso, who also scored in the Blues' big win over Tottenham Hotspur last weekend, struck to ensure fourth-placed Chelsea at least moved to 45 points, five behind third-placed Leicester City.

At West Ham, a few thousand Hammers' fans marched before the game, protesting about the club's owners, but their mood was lightened as Jarrod Bowen, the 22 million-pound January signing, marked his full debut with a fine goal. Southampton teenager Michael Obafemi equalised but the Hammers prevailed with goals from Sebastien Haller and Michail Antonio. Brighton & Hove Albion are still in a precarious 15th position as former England manager Roy Hodgson celebrated his 100th Premier League match in charge of Crystal Palace with a 1-0 win at the home of their old rivals.

Jordan Ayew's 70th-minute winner, conjured up against the run of play, left Brighton pondering serious difficulties as they face a daunting fixture list for the rest of the season. Newcastle United could get sucked into the relegation zone too if their strike force remains as blunt as it did in the 0-0 draw at home to Burnley, the fourth successive game in which they have failed to score.