Manchester City Is Expected To File A Formal Challenge Against The Decision Of A UEFA Panel Within Days At The Court Of Arbitration For Sport, With Club Chief Executive Ferran Soriano Hoping For A Ruling By The End Of This Season.

A UEFA judging panel banned Manchester City from European competitions in the 2020-21 and 2021-22 seasons for breaking financial monitoring rules and failing to fully cooperate with investigators. (Photo Credit: Getty Images)

Pep Guardiola said he trusts Manchester City's Abu Dhabi ownership "completely" in its bid to overturn a two-year ban from European competitions and that he will be at the club next season "no matter what happens." Manchester City is expected to file a formal challenge against the decision of a UEFA panel within days at the Court of Arbitration for Sport, with club chief executive Ferran Soriano hoping for a ruling by the end of this season. Speaking for the first time about the punishment handed down on Friday, Pep Guardiola said he was confident "the truth will prevail." "It's not finished. Manchester City believes it's unfair so we are going to appeal. We are going to wait," said Guardiola, speaking after City's 2-0 win over West Ham in the Premier League. "All we can do is on the pitch and do what we have done the last four years and focus on that until the end of the season. I trust 100 per cent, completely, my club what they have done. They explained to me the reasons why."

The futures of Guardiola and his superstar players have been the subject of much speculation in the wake of the punishment, but the Spanish coach said he remains committed to City. "If they don't sack me, I will stay here 100 per centmore than ever," Guardiola said. "First because I want to stay. It's something special, more than the contract I have. I said before, I say now I want to stay and help the club and maintain this level as long as possible. Why should I leave?" he added. "When I said I love this club, I like to be here, why should I leave? No matter what happens, I will be here next season."

A UEFA judging panel banned City from European competitions in the 2020-21 and 2021-22 seasons for breaking financial monitoring rules and failing to fully cooperate with investigators. City was also fined 30 million euros (USD 33 million). City denies wrongdoing, including that it overstated sponsorship deals linked to its Abu Dhabi ownership and disguised the source of other revenue. Though appeals at CAS typically take about one year to resolve, Soriano targeted a verdict around May or June.

"We are looking for an early resolution obviously through a thorough process and a fair process so my best hope is that this will be finished before the beginning of the summer," the CEO said in an interview filmed and published by the club. Sport's highest court can process fast-track cases if all parties agree to work on an accelerated timetable. 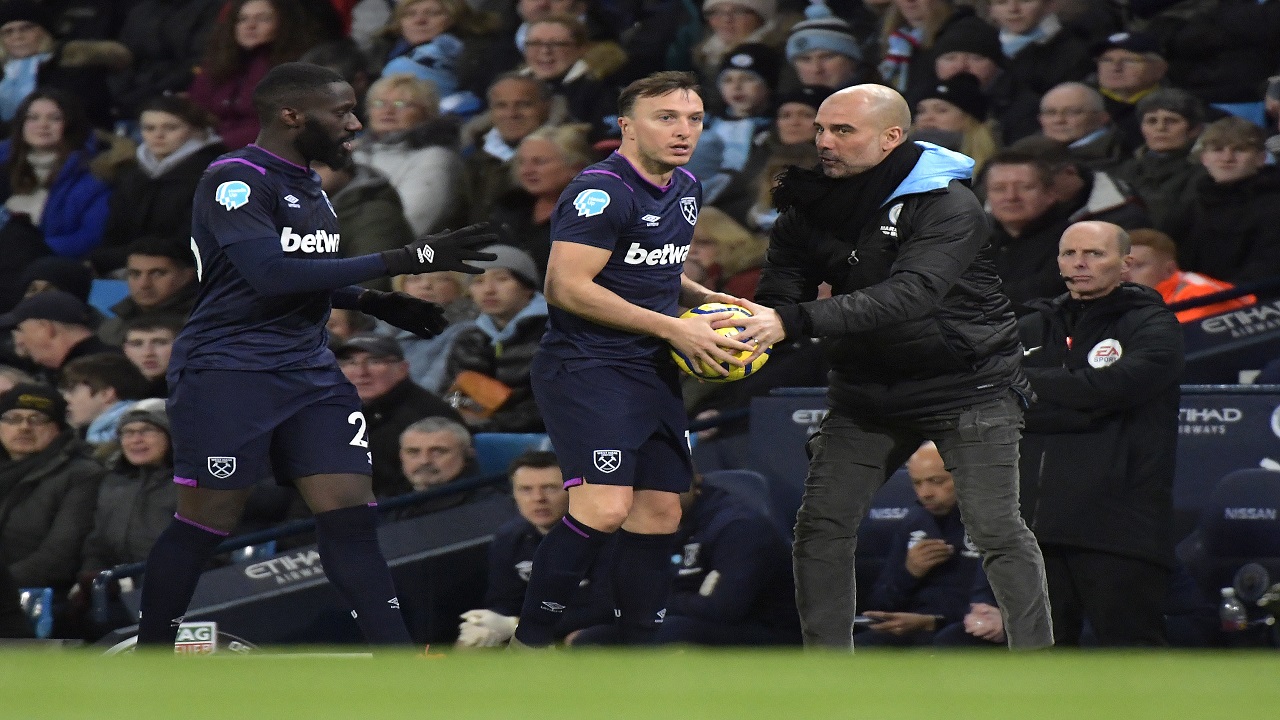 City and UEFA can also reach an out-of-court settlement that CAS would ratify. Evidence was detailed in internal club communications that appeared to be hacked and leaked to German magazine Der Spiegel, which published a series of reports in November 2018. During UEFA's investigation, City won its fourth English Premier League title in eight seasons. City failed with a previous appeal at CAS to block UEFA judges from taking on the investigators' case.

Three CAS judges ruled that appeal was not valid last November. Interview requests with club officials have been declined since UEFA announced the ban verdict. "We have to be respectful as we have been of this process," Soriano said in the in-house interview, noting that "UEFA is much bigger" than the independent club finance panels which prosecuted and judged City's case. City continues to play in this season's Champions League. It travels to face Real Madrid next Wednesday in the first leg of the round of 16.