Neymar Was Sent Off In Stoppage Time For A Second Yellow Card For Grappling With Bordeaux's Yacine Adli, Leaving The World's Most Expensive Player Facing A Suspension After Paris Saint-Germain Beat Bordeaux 4-3 In The Ligue 1.

Paris Saint-Germain turned it around thanks to goals by Edinson Cavani and Kylian Mbappe either side of a Marquinhos brace, but at the other end there was a bizarre goal credited to the Brazilian defender Pablo. (Photo Credit: Getty Images)

Edinson Cavani scored his 200th Paris Saint-Germain goal and Marquinhos netted twice as the Ligue 1 leaders bounced back from their Champions League defeat by Borussia Dortmund to beat Bordeaux 4-3, but their victory was marred by Neymar's late sending-off. After losing 2-1 in Germany in their Champions League last 16 first leg in midweek, PSG's defensive weaknesses were again exposed as South Korean international Hwang Ui-jo gave Bordeaux the lead at the Parc des Princes on Sunday. Paris Saint-Germain turned it around thanks to goals by Cavani and Kylian Mbappe either side of a Marquinhos brace, but at the other end there was a bizarre goal credited to the Brazilian defender Pablo and a Ruben Pardo strike had the home side hanging on at the finish.

The evening concluded with Neymar being sent off in stoppage time for a second yellow card for grappling with Bordeaux's Yacine Adli, leaving the world's most expensive player facing a suspension. Along with the shortcomings at the back, it is another problem for coach Thomas Tuchel to think about, even if his team are now 13 points clear atop Ligue 1 from Marseille, who lost 3-1 to Nantes on Saturday. "He is human too and he was angry.

The guy who fouled him just before was not even booked, so it was a bit bizarre," said Tuchel of Neymar's sending-off. "We have let in seven goals in the last two league games and that is not normal. It is difficult to get back confidence, but the best thing for us was to win. That gives us a base to build on." Another domestic title has looked inevitable for some time, although it will all feel rather hollow should the Qatar-owned club fail to turn around the Dortmund tie when the sides meet again on March 11.

Tuchel came in for criticism after Tuesday's game, including veiled criticism from Neymar over the handling of his latest injury. Tuchel also admitted he was less than impressed at his squad after videos appeared on social media of them out partying on Thursday night to celebrate the birthdays of Cavani, Angel di Maria and Mauro Icardi.

A banner at one end of the Parc des Princes on Sunday asked the players if they "deserved to wear the colours. Find out on March 11". They endured a bad start against mid-table Bordeaux, with skipper Thiago Silva going off hurt just before Hwang put the away side in front on 18 minutes, heading in a corner for his sixth Ligue 1 goal. PSG were level in the 25th minute, though, as Di Maria's cross was headed in by Cavani, allowing the Uruguayan to reach a double century of PSG goals. He then hit the post from close range before Marquinhos put Paris in front in first-half stoppage time, using his shoulder to covert Di Maria's free-kick. 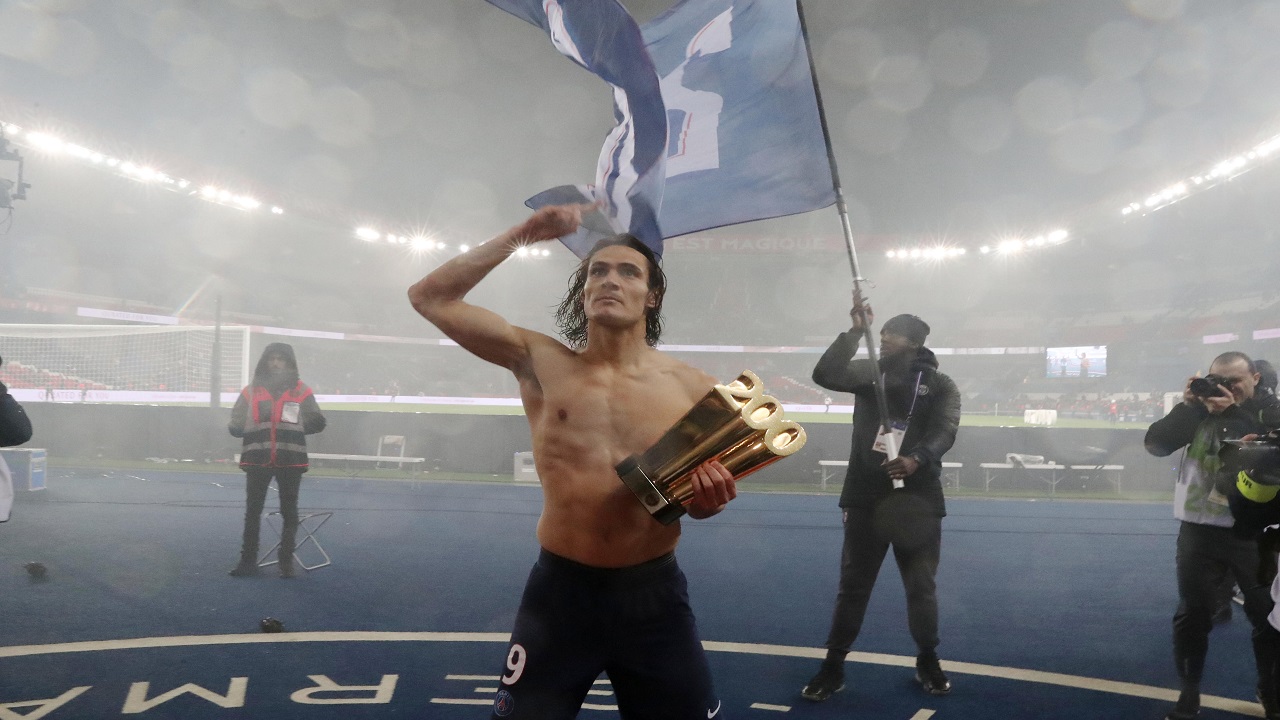 Nevertheless, there was still time for Bordeaux to equalise at 2-2 before the interval. Selected ahead of Keylor Navas in goal, Sergio Rico's clearance from a Marco Verratti back-pass struck Pablo and the Spaniard looked on in horror as the ball ricocheted back into the net.

However, Marquinhos netted from close range for his second of the night in the 63rd minute to make it 3-2. Then, when Ruben Pardo lost possession, Cavani set up Mbappe to score PSG's fourth, and his 16th in the league this season. Pardo made some amends with a stunning strike for Bordeaux's third, and the ninth goal Paris have conceded in three games altogether. Icardi then had another goal disallowed before Neymar was sent off for his second yellow at the death.

"They have had quite a difficult week in terms of results and their confidence has taken a knock too," said Bordeaux's Laurent Koscielny of PSG. "When you lose points and games then your confidence can quickly disappear but they are great players and they are capable of overcoming that." Earlier on Sunday, Rennes reclaimed third place from Lille by coming from behind to beat Nimes 2-1 as M'Baye Niang scored twice.