The Premier League Suspended All Fixtures At An Emergency Meeting On Friday With The Matches In The English Football League, FA Women's Super League And Women's Championship Are Also On Hold.

Football Association chairman Greg Clarke has reportedly told the Premier League he does not believe the domestic football season will be completed because of the coronavirus pandemic. The Premier League suspended all fixtures at an emergency meeting on Friday. Matches in the English Football League, FA Women's Super League and Women's Championship are also on hold. "It was unanimously decided to suspend the Premier League with the intention of returning on 4 April, subject to medical advice and conditions at the time," the Premier League said in a statement. Clarke said at the meeting that he did not think it was feasible for the season to be completed, according to a report in the Times. The coronavirus is not expected to peak in Britain for many weeks, raising doubts over an early April re-start for the Premier League.

The Times said it is understood that Brighton and Hove Albion chief executive Paul Barber also questioned the brevity of the suspension. Richard Masters, the Premier League chief executive, is reported to have said it would at least allow time to consider the potential consequences and debate the possible solutions. The decision was taken after Arsenal manager Mikel Arteta and Chelsea winger Callum Hudson-Odoi tested positive for COVID-19. Arteta welcomed the move to put the season on hold. "Feeling better already," he tweeted. "We're all facing a huge and unprecedented challenge. Everyone's health is all that matters right now."

Liverpool are 25 points clear at the top of the Premier League with nine games remaining, chasing their first English top-flight title for 30 years. If results had gone their way this weekend they could have wrapped up the title at Everton on Monday but manager Jurgen Klopp said he supported the move to suspend football. He said in a club statement: "If it's a choice between football and the good of the wider society, it's no contest. Really, it isn't."

West Ham vice-chairman Karren Brady said if the Premier League fixtures could not be completed, the only fair solution would be to declare the season "null and void". Writing in The Sun, Brady, whose club are just two places above the relegation zone, said: "Who knows who would have gone down or come up if the games have not actually been played in full? "A huge blow to Liverpool, who might be robbed of their first title in 30 years."

Football clubs at all levels face enormous losses if the season is not finished. One senior figure in broadcasting told The Times: "The commercial reality for the Premier League and (European governing body) UEFA is that if they don't complete their seasons then they are in breach of their broadcasting contracts. "You would have broadcasters from all around the world saying, 'In that case we are not paying for the season.' 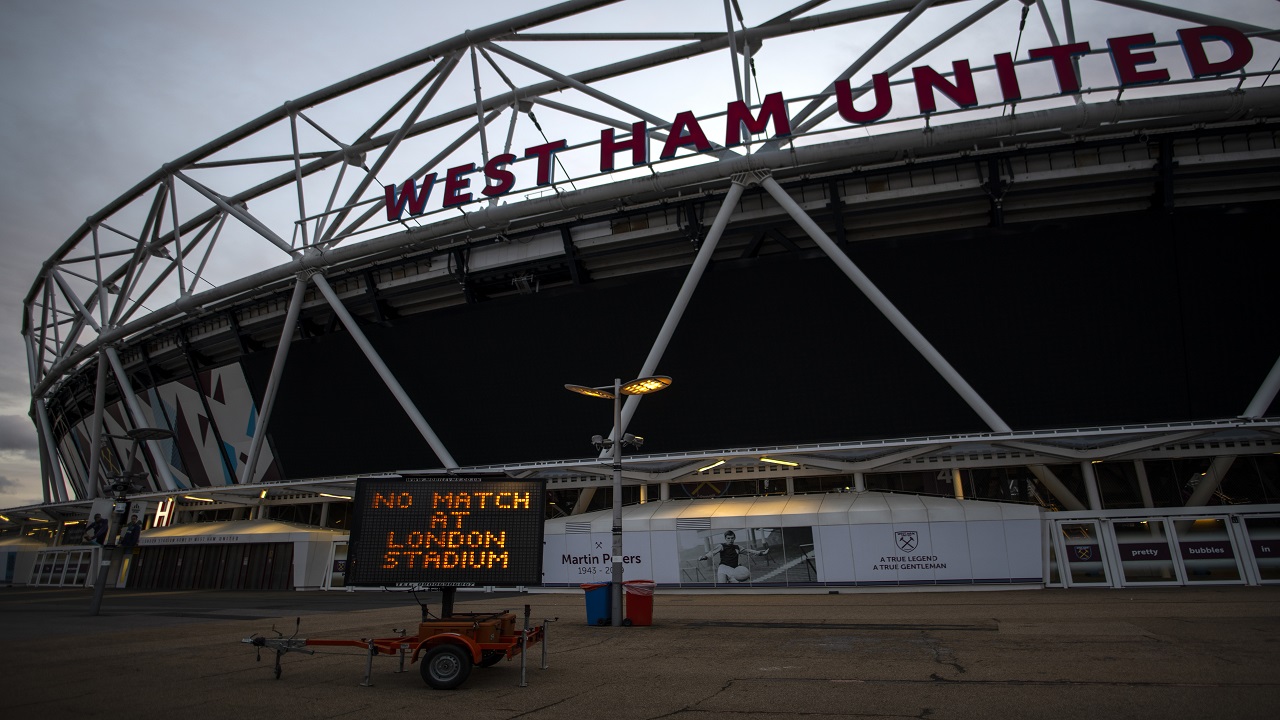 The Premier League clubs are reportedly due to meet again next Thursday. (Image credit: Getty Images)

For the Premier League you are talking around USD 3.7 billion income a year from overseas and domestic TV rights. There would also be financial implications if the competitions were squeezed so fewer matches were played." Football finance expert Kieran Maguire told the BBC that clubs, especially in the lower divisions, would be hit hard by the disruption. "Many clubs are surviving on a match-to-match basis and are reliant on the loyal few thousand turning up," he said. "We have to consider the staff at clubs, they are reliant on the income they get from football clubs to pay their own bills as well."

The Premier League clubs are reportedly due to meet again next Thursday. There are matches taking place on Saturday in the National League -- the fifth tier of English football -- but a number of games have been postponed, including the Yeovil v Barnet fixture. "We currently have four staff that are showing symptoms of COVID-19 who are following government advice and self-isolating," Barnet said in a statement. "As a consequence, we have taken measures to put all first-team staff into self-isolation."