Raheem Sterling was subject to racial abuse after scoring a goal in a Premier League game against Bournemouth at the Etihad Stadium in December 2018 (Photo Credit: Getty Images)

Two Manchester City supporters have received five-year bans from football matches and lifetime suspensions from the Premier League champions' stadium after being found guilty of racist abuse. Ian Baldry, 58, made a racist comment towards City and England winger Raheem Sterling as he celebrated scoring a goal in a Premier League game against Bournemouth at the Etihad Stadium in December 2018. The defendant from Yorkshire pleaded guilty in September to causing racially aggravated intentional harassment, alarm or distress.

On Friday, he was sentenced at Manchester Magistrates' Court and also ordered to complete 200 hours of community service and pay 170 pound court costs. In a witness statement against the defendant another supporter present at the match told police "it was disgusting in this day and age that this was going on.

"I was shocked and offended and felt sick to my stomach when I heard it." Baldry's friend, James McConnell, from Manchester, was heard making racist remarks about two match stewards at the same game.

Witnesses described McConnell as being drunk and abusive throughout the first half and regularly using foul language to insult the players on the pitch, said Greater Manchester Police. The 57-year-old went on to make a comment about the race of a Bournemouth player, reportedly defender Tyrone Mings. A fellow fan confronted McConnell about his behaviour and later reported him to stewards. McConnell was also spotted shouting similar comments at a City player who took a corner at a home game against Newcastle two months earlier, said police. He was also sentenced in Manchester after pleading guilty.

Racism continued to scar football, with England's Euro 2020 qualifier in Bulgaria twice stopped due to racism in the stands earlier this season, while Gareth Southgate's team encountered the same issue in another match in Montenegro. Last season, a banana was thrown at Arsenal striker Pierre-Emerick Aubameyang by a Tottenham fan, while Sterling was subjected to alleged racist abuse in a match at Chelsea. Numerous football fixtures in Italy have also been marred by racism. 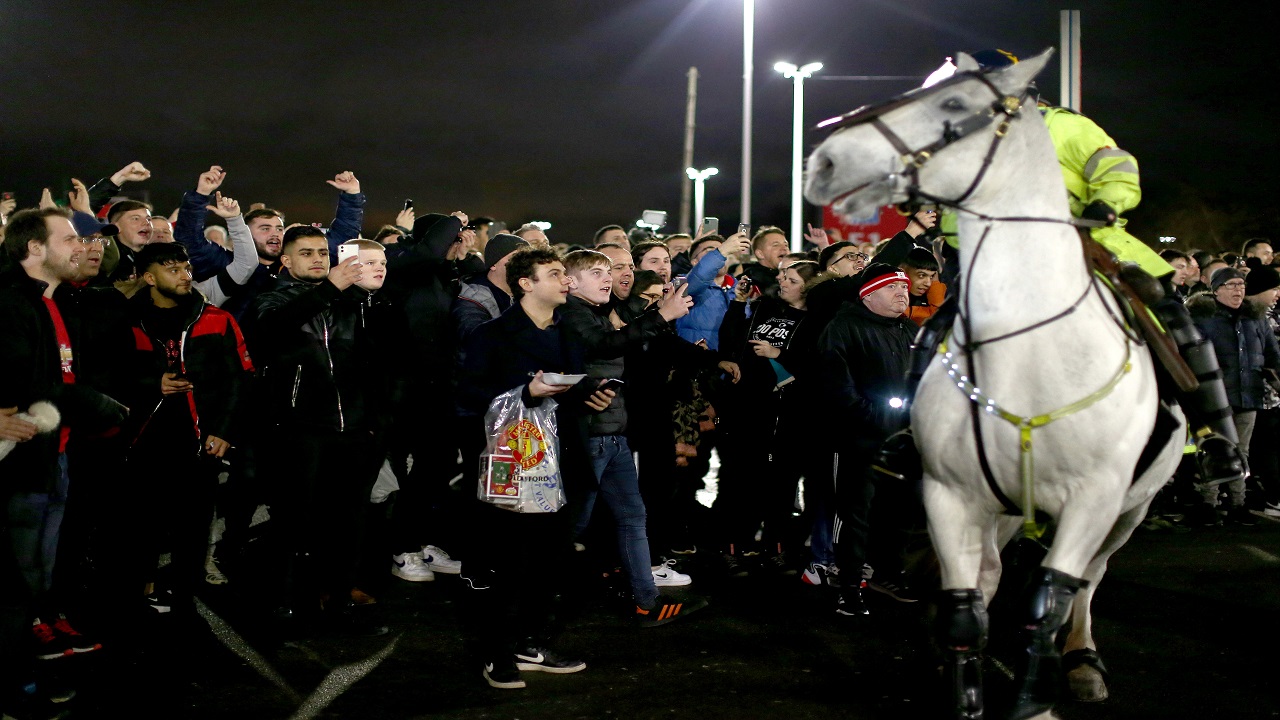 In recent months, there have been several racist incidents that have marred football matches. (Image credit: Getty Images)

Bulgaria's coach quit over the 6-0 loss to England in a Euro 2020 qualifier which was overshadowed by racist abuse that sparked a storm of protest. Monkey chants and apparent Nazi salutes during Monday's match in Sofia caused indignation in the football world and led to the resignation of Bulgaria's football federation chief.

Bulgaria coach Krasimir Balakov, who took over the team in May, said he handed in his resignation during a meeting of the Bulgarian Football Union (BFU) executive committee. "I said that if I am the problem of Bulgarian football, I am handing in my resignation. There is no way back," the former midfielder told reporters after the meeting. "I will keep my fingers crossed for the next manager as the situation is not rosy at all... The racist incidents during the game with England were the final straw."