On Saturday evening Italian authorities said 3,497 cases had been recorded in the past 24 hours, bringing the total to 21,157. (Photo Credit: Getty Images)

Serie A doctors have issued a joint warning advising against a return to club training after four more players tested positive for coronavirus, bringing the tally in the Italian top flight to 11. Fiorentina's Patrick Cutrone and German Pezzella contracted the coronavirus, the Tuscan club said on Saturday, with Sampdoria's Fabio Depaoli and Bartosz Bereszynski later confirming they had also been diagnosed. Serie A doctors said they had "strong concerns" and "unanimously advise not to resume training until a clear improvement" in the situation. Four Fiorentina team members were diagnosed with Serbia forward Dusan Vlahovic also testing positive on Friday, along with a club physiotherapist.

Seven Sampdoria players have tested positive, including Italian midfielder Depaoli and Polish defender Bereszynski on Saturday, along with Juventus defender Daniele Rugani this week. Vlahovic, 20, revealed that he had not realised anything was wrong until he became feverish and his temperature rose to 39 degrees, and he went to hospital. "Anyway, I'm fine now," he said on Instagram. "What to do now? Nothing, just rest. I just have to stay away from people."

Serie A as well as all sport in Italy has been suspended until April 3. But the Italian Players' Association (AIC) on Saturday slammed a "paradoxical situation" whereby pressure was being put on players by some clubs to return to training. "Today in Italy there are still football clubs which are either shamefully irresponsible, or live on Mars, or lack a minimum of dignity," the AIC wrote. 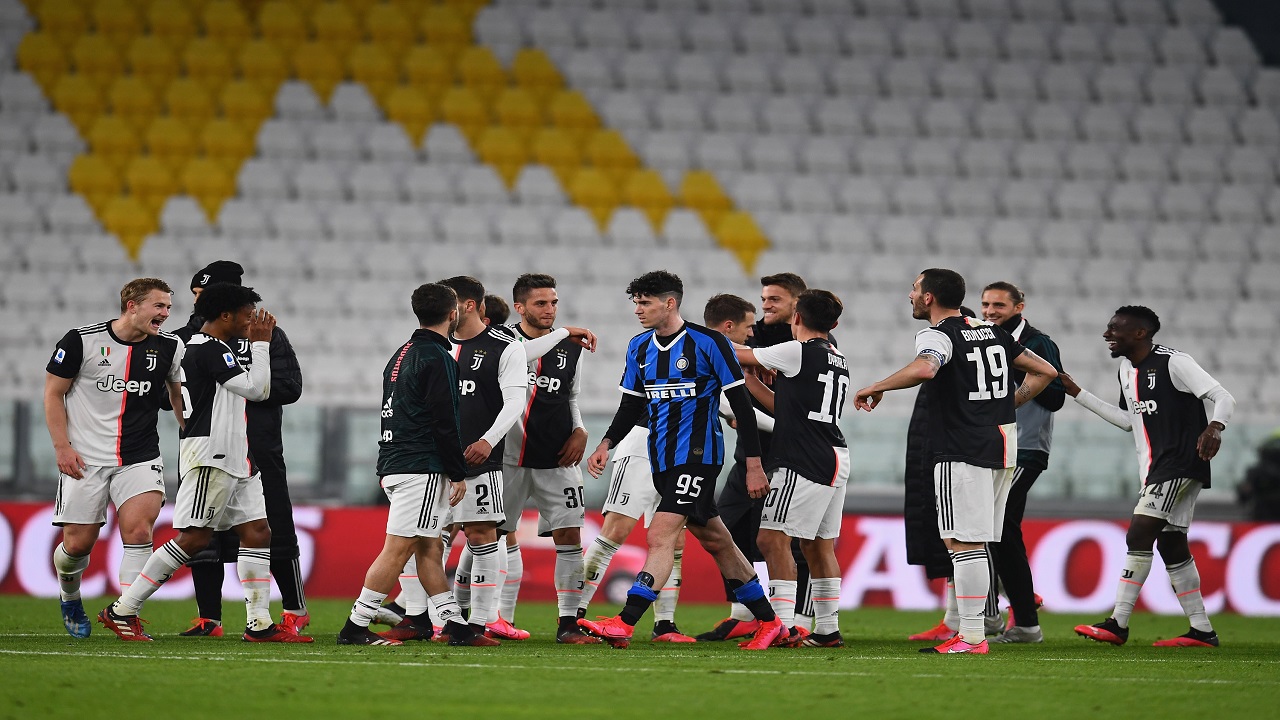 Serie A as well as all sport in Italy has been suspended until April 3 due to the coronavirus pandemic. (Image credit: Getty Images)

On Saturday evening Italian authorities said 3,497 cases had been recorded in the past 24 hours, bringing the total to 21,157. The death toll now stands at 1,441, up from 1,266 on Friday. Italy international Cutrone, 22, who joined Fiorentina on loan from Wolverhampton Wanderers last January, took to Instagram to reassure fans on his condition. "Thanks to all of you for the support and your messages of affection," the former AC Milan player said. "I'm fine, and at this moment I stay at home following the protocol I received. I recommend you strictly observe the indications provided every day by the Institutions. #StrongerTogether #StayatHome Thank you, Patrick."

Argentine Pezzella said earlier on Instagram: "The symptoms disappeared and I am at home following the procedures indicated by my club's medical staff. This will certainly soon be just another story. Look after your health and that of those around you. Hugs."