FACT CHECK: Did THIS cameraman break down after MS Dhoni's dismissal in semifinal?

Soon After Dhoni Walked Out After His Dismissal, Millions Of His Fans Turned Emotional As They Predicted That It Was His Last World Cup Game. Many Fans Took To Social Media To Pay Tributes To The Former Indian Skipper.

Ravindra Jadeja and Mahendra Singh Dhoni's partnership had New Zealand concerned during the World Cup semifinal clash in Manchester as the two absorbed the pressure nicely to keep India in the hunt. New Zealand reached their second successive World Cup final by defeating India by 18 runs at the Old Trafford on Wednesday. The match lasted two days due to inclement weather.

Chasing a modest target of 240, India's top order was left reeling as Matt Henry and Boult reduced the world's number one side to 24 for four.

Jadeja (77) and Dhoni's (50) seventh-wicket partnership put India back in the game but ultimately it was Trent Boult and Henry's new ball brilliance that proved decisive.

Soon after Dhoni walked out after his dismissal, millions of his fans turned emotional as they predicted that it was his last World Cup game. Many fans took to social media to pay tributes to the former Indian skipper.

An emotional post is going viral on social media claiming that even a cameraman on the ground couldn’t stop himself and cried on Dhoni’s dismissal.

Here is the picture which is going viral: 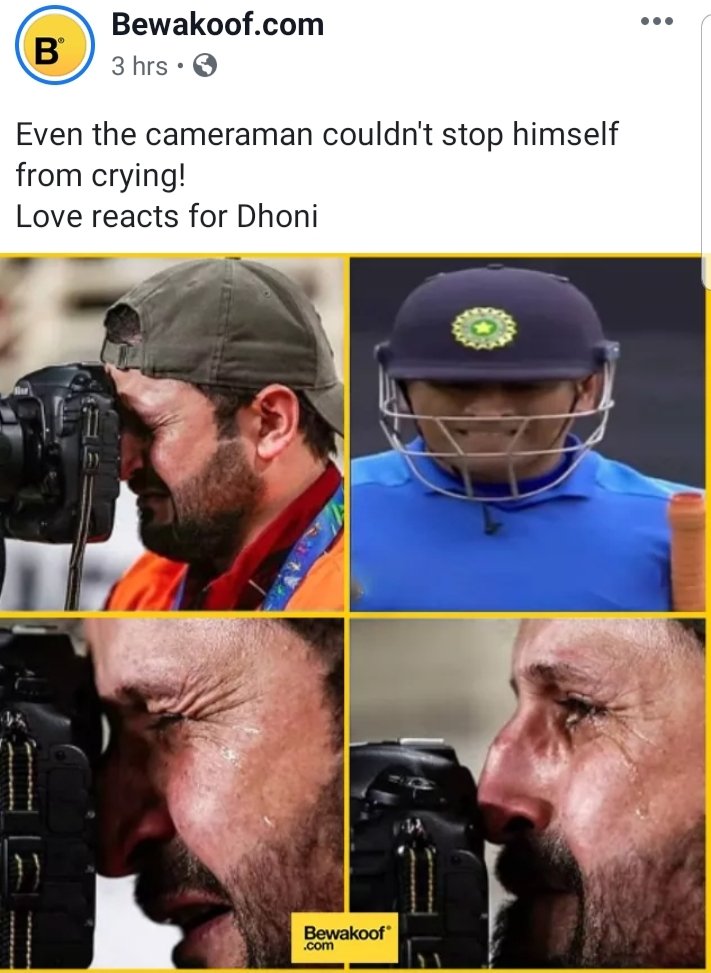 News Nation has reverse-searched the picture and found the claim to be false. We found that the man in tears is an Iraqi photojournalist who cried after the defeat of Iraq in the AFC Asian Cup football tournament 2019.

Not only this, the official Twitter handle of Asian Cup posted the viral photo in January and identified the man as an Iraqi photographer. 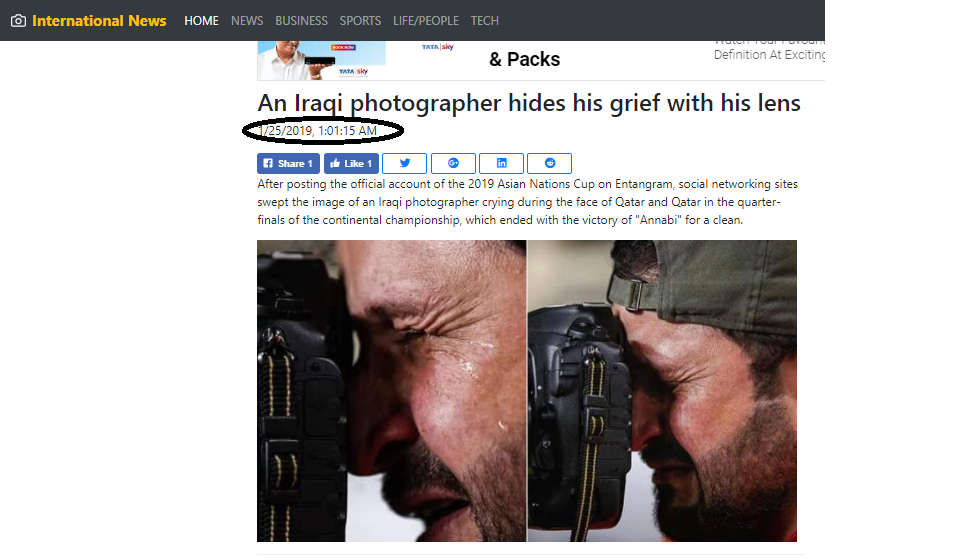 Iraqi sports photographer Mohammed AL Azzawi trying to finish his work through tears after Iraq lost to Qatar in a heartbreaker. To the world soccer is a sport , to Iraqis, it’s everything.. pic.twitter.com/R7ulO5o5NR

We also found that a tweet of journalist Steven Nabil, according to which the man in the viral picture is an Iraqi sports photographer named Mohammed al Azzawi. Azzawi cried after Iraq lost to Qatar in the Round 16 of Asian Cup 2019.

New Zealand will take on either England or Australia in the final at Lord's on Sunday.