On one hand, defending champions Australia has managed to win four out of five games and is at number two at the points table. They only lost to two-times world champs India.

On the other hand, Bangladesh has won just two matches out of four matches played and one matches got washed out against Sri Lanka.

It will be interesting to see if Bangladesh could give a tough fight to the five-times world champions Australia and clinch the match. You can match your Dream11 Fantasy Playing XI with ours. 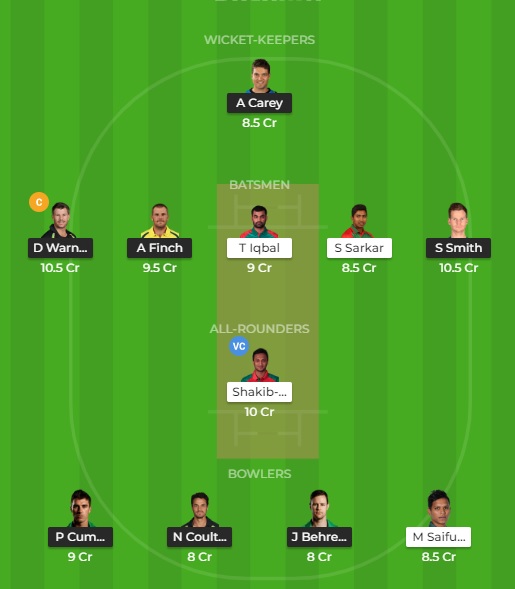