After Putting Up An Exceptional Fight Against India, Afghanistan Will Face Another Asian Team In Bangladesh In Match 31 Of The Ongoing World Cup On Monday.

After putting up a sensation display against India, Afghanistan will be locking horns against another Asian team Bangladesh in encounter 31 of the ongoing World Cup on Monday. The pitch at The Rose Bowl suited their play and they would love the fact that their next game is also at the same venue. Interestingly, it is been speculated that the game will be played on the same wicket, which means it will be on a slower side. Bangladesh, on the other hand, are coming off a defeat at the hands of Australia in a high-scoring encounter and are in a must-win situation to keep their semi-final hopes alive.

The Tigers weren’t up to the mark with the ball in their previous outing and will need to up their game soon. They have now conceded big totals like 386 and 381 bowling first leaving too much to do for the batsmen. Mohammad Saifuddin and Mosaddek Hossain might return to the playing XI if they are fit. As far as Afghanistan are concerned, they might go in unchanged after a brilliant outing against India.

With this, News Nation brings to you as what could be the best fantasy XI for the encounter between Bangladesh and Afghanistan: 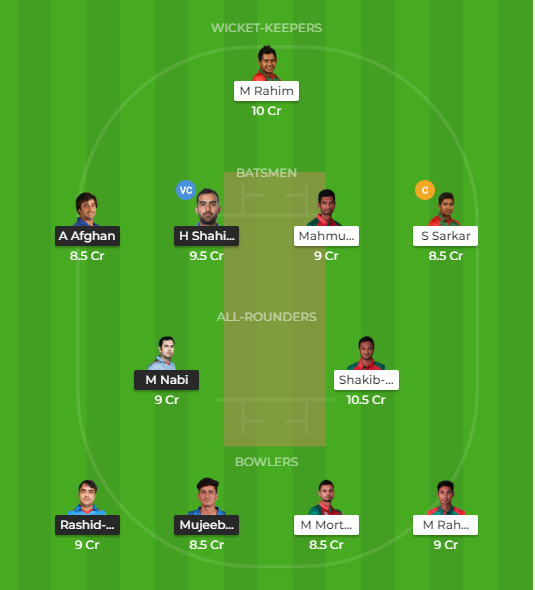