The 14th match of the ICC World Cup 2019 to feature India taking on defending champions Australia at the Kennington Oval in London. Virat Kohli and Co began their World Cup journey with an easy win against South Africa on June 5th while Australia are on the top of the table with four points.

On one hand, Team India lost one of their warm-up games against New Zealand but won the other one against Bangladesh. Meanwhile, Indian side is one of the strongest contenders of the tourno and is expected to reach finals easily and face off the host England.

Here is the list of predicted Dream11 Fantasy team for the India vs Australia Super-Sunday encounter. 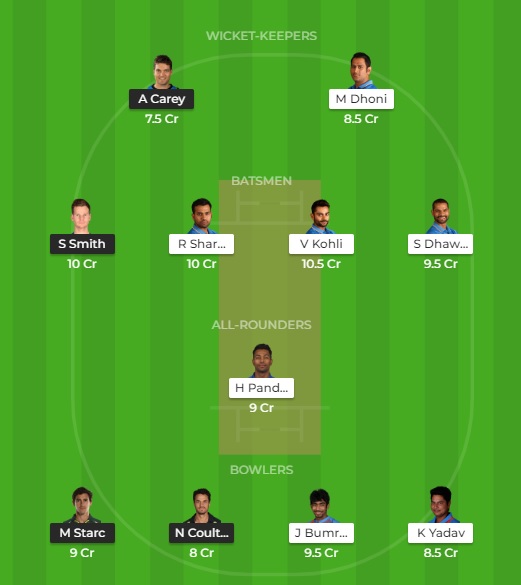