The much-awaited match between the arch-rival India and Pakistan to be held at the Emirates Old Trafford in Manchester. Both the teams are considered as one of the toughest competitors in the tournament.

On one hand, Virat Kohli-led team India has played three matches out of which they have won two games and one match was washed out.

On the other hand, Pakistan has lost two out of four matches, lost one match and one matches ended in no result.

India vs Pakistan matches in the World Cup are always special for cricket fans and people from both the countries are eagerly waiting for the super-exciting encounter.

Here, we have listed down the Dream11 Fantasy Playing XI for the #INDvPAK match. 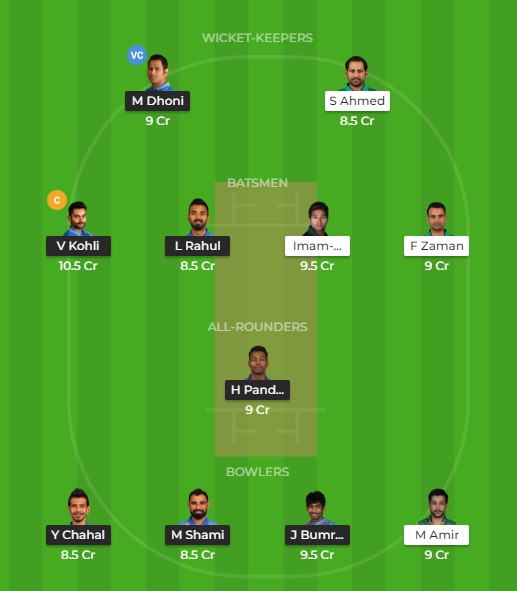