The 24th match of the ICC World Cup 2019 to feature New Zealand and South Africa at the Edgbaston in Birmingham on Wednesday. New Zealand is looking one of the strongest sides in the tournament and have lost just one game out of four while South Africa could manage to win just one match as of now and are in the bottom three position of the Standings.

On one hand, the Kiwis demolished Sri Lanka in their opening game and won the match by 10 wickets. Then, New Zealand beat Bangladesh and Afghanistan by two and seven wickets respectively. The next match against India got washed out due to rain and both the teams shared one point each.

On the other hand, South Africa lost their first game against England by 104 runs, second game and third game with Bangladesh and India by 21 runs and six wickets. The Proteas opening their points tally when they shared one point with West Indies after abandonment of match due to rain.

So, before the start of this super-exciting encounter, have a look at the best possible Dream11 Fantasy XI team. 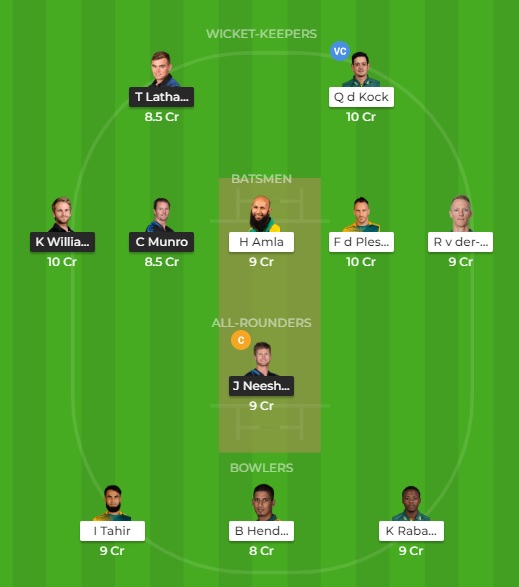