The Encounter 30 Of ICC Cricket World Cup 2019 Will Witness Pakistan Locking Horns With South Africa At The Home Of Cricket Lord's In London.

The encounter 30 of ICC Cricket World Cup 2019 will witness Pakistan locking horns with South Africa at the home of cricket Lord's in London. The game was supposed to be one of the big matches of this tournament but it looks like this contest is going to have no bearing on the overall result. Pakistan has won just one match out of its five while South Africa has won one out of its six.

Both the teams are virtually out of the race for a semi-final berth unless something truly disastrous happens to one of the top-4 teams.That does not mean there is nothing to play for. Both South Africa and Pakistan are proud cricketing nations that are hurting due to their poor performances. The teams are receiving a lot of criticism from their fans and some players may be playing for their careers.

Both the teams have some players that are at the end of their careers and a couple of them may well have played their last international game.

With this, News Nation brings to you as what could be the best fantasy XI for the encounter between Pakistan and South Africa: 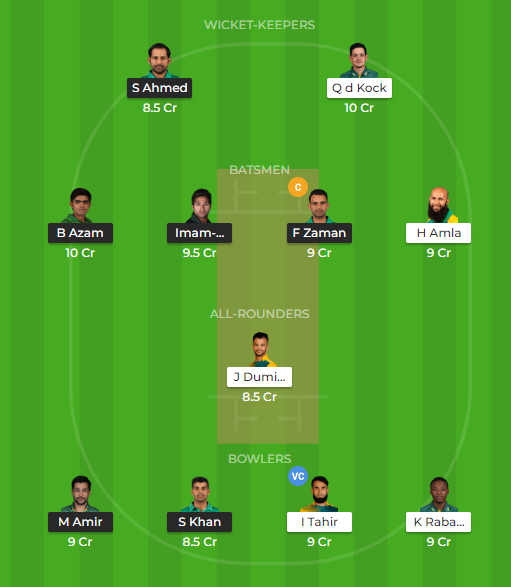