The match number 23 of the ICC World Cup 2019 to feature West Indies taking on Bangladesh at The Cooper Associates County Ground in Taunton. Both the team have played four matches each and could manage to win just one game and has suffered wash out of one match each.

On one hand, two-times world champs West Indies demolished Pakistan and won the match by 7 wickets. They lost their second game against Australia by 15 runs. Currently, West Indies are at number six in the Standings with three points.

On the other hand, Bangladesh defeated South Africa in their first game but lost against New Zealand and England. The fourth game against Sri Lanka was washed out due to rain and both the teams shared one point each.

So, without further ado, take a look at our Dream11 Fantasy team for the #WIvsBAN game. 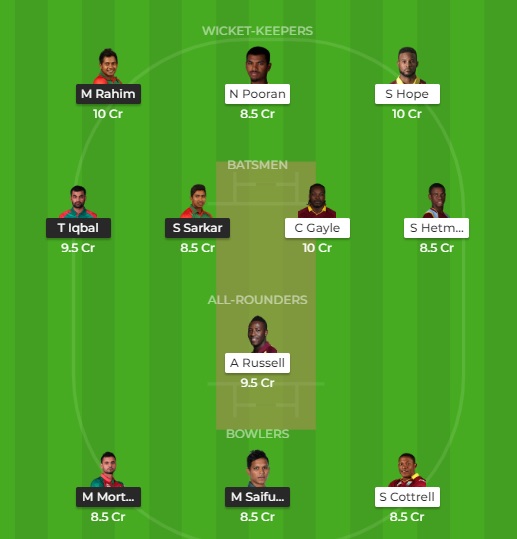