The Australian Team Has Had An Incredible Year Thus Far. After Defeating India And Pakistan In Their Home Conditions, The Aaron Finch-captained Unit Won Their Warm-up Matches Of This Year’s World Cup In England And Wales.

The Australian team is all set to lock horns against the termed 'dark horse' of the tournament, Afghanistan on Saturday at the County Ground in Bristol. Australia, led-by Aaron Finch have had a scintillating year thus far with being able to upstage India and Pakistan in their conditions. To add cherry to the palatable cake, Australia made a dream start to their World Cup campaign, winning both their warm-up games.

Afghanistan, on the other hand, announced their arrival at the biggest stage after convincingly beating Pakistan in the first warm-up game. However, the second warm-up match against England didn't go their way and were hammered in the most obnoxious manner possible. Going into the first World Cup game, the likes of Rashid Khan, Mujeeb Ur Rahman, and Asfghar Afghan will look to utilise their experience against mighty Australian and open their points tally.

With this, let’s look as what could be the best combined eleven: 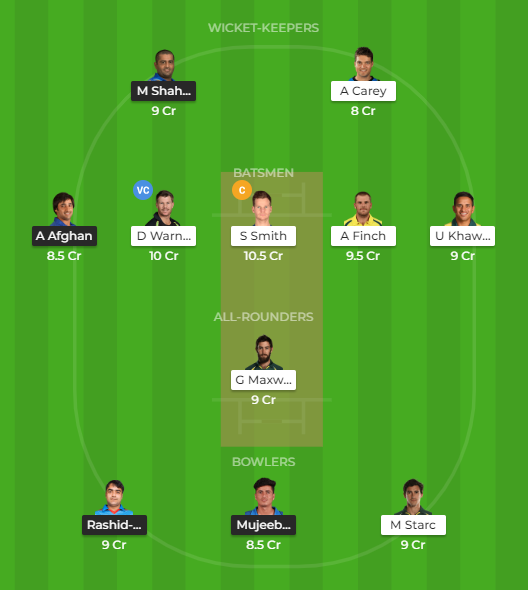