Jofra Archer, The England Pacer Who Plays For Rajasthan Royals In The Indian Premier League, Has Been Ruled Out Of The Tournament Due To A Stress Fracture On His Right Elbow.

Jofra Archer plays for the Rajasthan Royals in the Indian Premier League but he suffered the stress fracture on his elbow during the series in South Africa. (Photo Credit: Getty Images)

Jofra Archer, the England pacer who played a big part in England's win in the 2019 ICC Cricket World Cup and the Ashes, has been ruled out for the 2020 edition of the Indian Premier League due to a stress fracture on his right elbow. Jofra Archer, who plays for the Rajasthan Royals, will not only miss the tournament but will also not play the Test series against Sri Lanka. A statement issued by the England and Wales Cricket Board (ECB) gave an update on Jofra Archer's fitness. "Archer underwent further scans on his injured right elbow yesterday in the UK which confirmed a low grade stress fracture. He will now commence an injury rehabilitation programme with the ECB medical team with a view to be ready for the international summer campaign starting in June against the West Indies in a three-match Test series," the ECB said.

Archer could not take part in the Test series after he took a five-wicket haul in the Centurion Test as England's tour of South Africa started on a disastrous note. At that time, an England spokesman said Archer was in 'doubt' for the Test. Despite the loss of Archer, England won the four-Test series 3-1.

Archer's bowling touched speeds in the mid-90-miles-per-hour range in a scintillating debut international summer. The 24-year-old, who only became England qualified earlier this year, is one of 10 players to receive a Test deal for the 2019/20 season. Another is opener Rory Burns, who cemented his spot at the top of the order with some battling performances in the Ashes. Moeen Ali and Adil Rashid have lost their central Test contracts but are in a list of 12, also including Joe Denly, to be handed less lucrative white-ball deals. 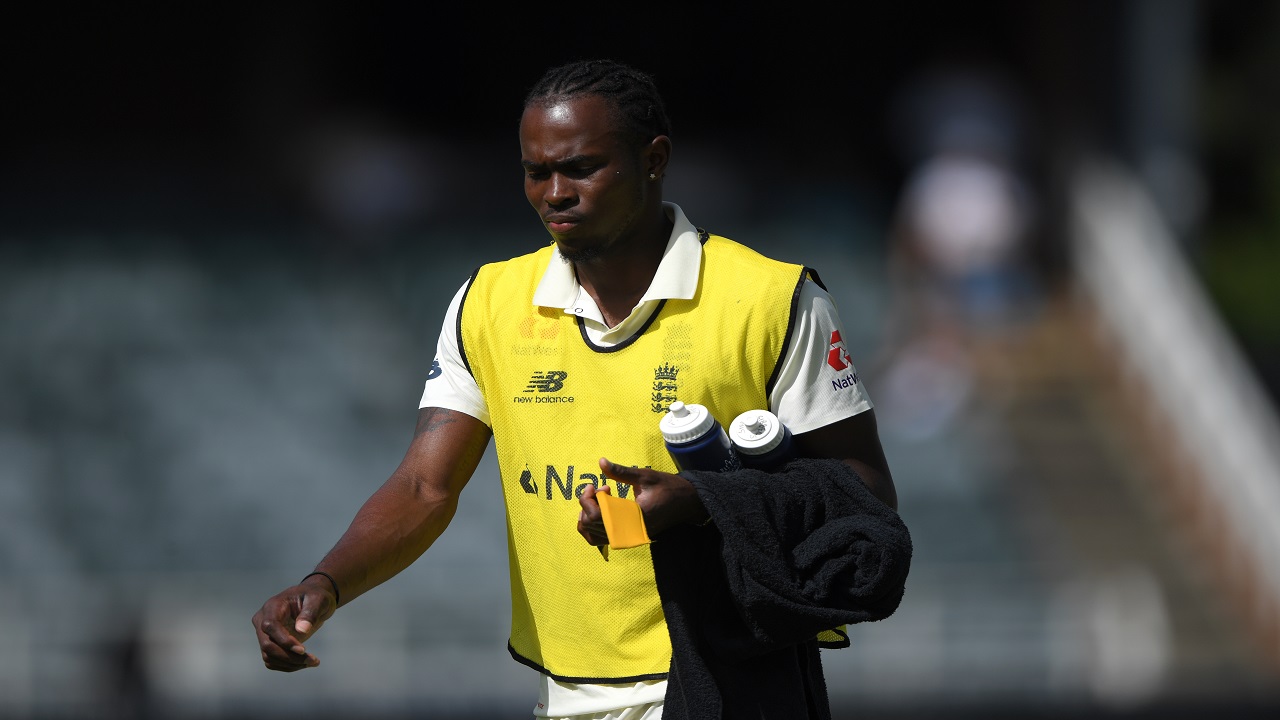 Jofra Archer was impressive in the Ashes series against Australia as well as in England's win in the 2019 ICC World Cup. (Image credit: Getty Images)

Archer bowled the all-important super over in the final against New Zealand and although the Kiwis tied the match, England were declared the World Cup champions as they had a superior boundary count. However, in the Ashes, Archer displayed his brilliance in the Lord's Test. On his debut in the Lord's Test, Archer made the world sit up and take notice of his talent with a brilliant display of bowling against Steve Smith, who was enjoying a brilliant Ashes series. Archer touched 96 mph and one bouncer, bowled at 93 mph hit Smith on the side of the neck and it ruled him out of the Leeds Test.

In that match, Archer picked up 6/45 and along with Ben Stokes, helped England achieve a thriling one-wicket win. At The Oval Test, Archer was once again in prime form by taking 6/62 as England won the match by 135 runs to square an Ashes series for the first time since 1972.