Kevin Pietersen, The Former England Captain And Batsman, Has Urged For The Indian Premier League 2020 To Be Played Behind Closed Doors And Has Suggested A Start Potentially By July Or August.

Kevin Pietersen has said the fans need not be risked and that the Indian Premier League can be played behind closed doors. (Photo Credit: Getty Images)

The 2020 Indian Premier League, which was supposed to begin on March 29 was postponed to April 15 due to the coronavirus pandemic that has decimated sporting calendars all over the globe. However, with Prime Minister Narendra Modi's announcement of a 21-day nationwide lockdown that will end on April 14, the chances of IPL 2020 taking place on April 15 also looks slim. With international travel suspended, the chances of a resumption even by May look bleak. Kevin Pietersen, the former England captain and skipper, however has stated that IPL 2020 should be played behind closed doors and should begin potentially by July or August should the clearances be given for international travel. The main reason for proposing a 'condensed' league was that safety of the fans was paramount.

"Let's say July/August is the earliest, I do truly believe the IPL should happen. I do believe it is the kick-start to the cricket season. I think every single player around the world is desperate to play the IPL. There could be a way in which to get some money into the franchises, into the economy by having a situation where you use maybe three venues which are completely closed to fans and the players can still go out and play the tournament in three weeks or in four weeks. So, it's a more condensed tournament in three venues which we know are safe, which we know are secure," Pietersen said in the Star Sports' show Cricket Connected.

With the coronavirus cases the world over rising exponentially, any chances of a sporting resumption in the near future looks doubtful. The Tennis season will not begin before July while the Tokyo Olympics has been postponed to next year along with Euro 2020 Football. However, Pietersen remained optimistic that sports will make a comeback. "I don't think the fans need to be risked in this situation. I think the fans need to understand they can't watch a live game at the moment and they might not be able to watch a live game for the foreseeable future. (But) what would you guys give right now, to watch Mumbai Indian's versus Chennai Super Kings right now?," Pietersen said. 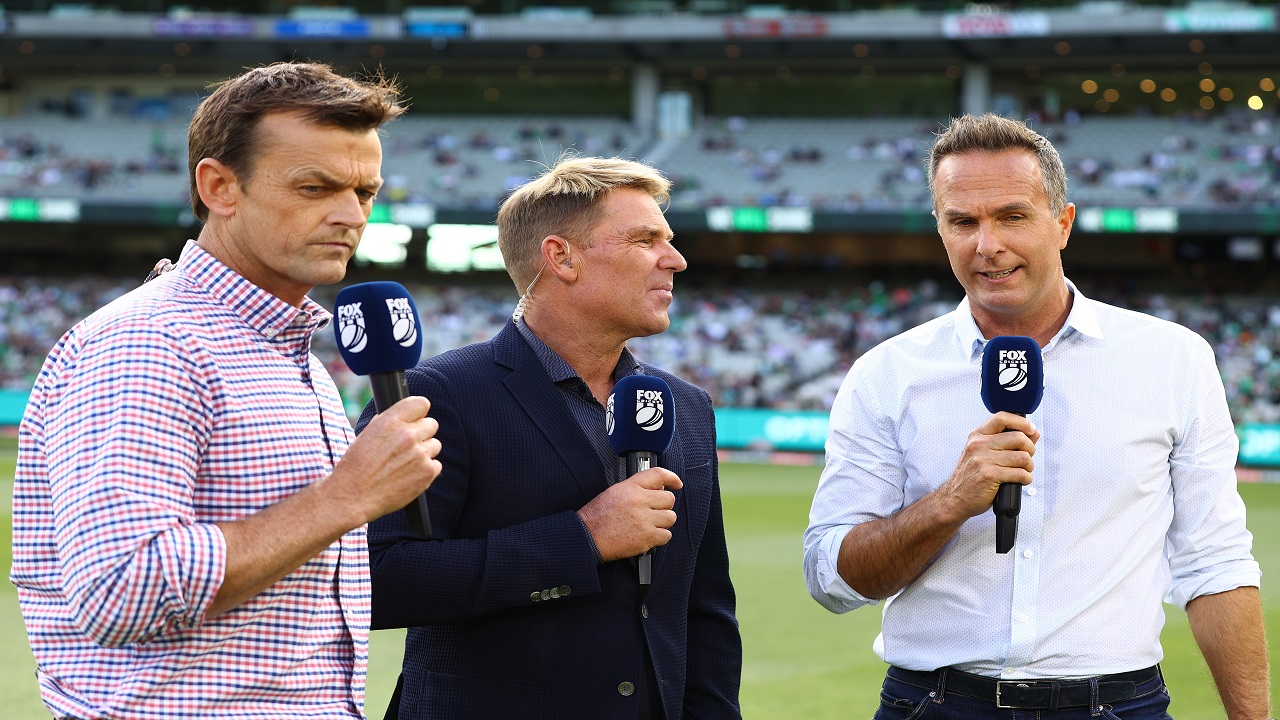 Michael Vaughan has proposed that the 2020 Indian Premier League be used as a warm-up for the ICC World T20. (Image credit: Getty Images)

This point was echoed by former India batsman Sanjay Manjrekar who said, "The moment we get clearances from all the authorities that matter, the IPL should happen, only because it will kick start the economy because when you talk about the IPL it's not just about the Mumbai Indians, or a Dhoni or a Virat Kohli, there are a lot of people who are making their livelihood through the IPL."

While the future dates of the IPL still uncertain, there have been a couple of suggestions that the IPL could be potentially used as a warm-up for the World T20 that is expected to be played in October-November in Australia. One Australian journalist Peter Lalor, recently took to Twitter to say, "T20 World Cup in Oz abandoned because of obvious difficulties with players flying in. Quarantines etc. BCCI swoops and plays IPL in that Oct-Nov window. CA will let players compete knowing it needs India to tour in summer. What do you think?"

To this, former England skipper Michael Vaughan remarked, "Here’s a thought .. The IPL is played for the 5 weeks leading up to the T20 World Cup in Oz .. all players use it as the great warm up for the WC .. then the WC happens .. So important for the game that the IPL takes place but also the WC." The coronavirus in Australia has seen over 5500 cases with 30 deaths and they have imposed a travel ban indefinitely. They have reportedly also closed their borders for six months. There are talks that if the situation does not improve, the World T20 could be postponed to 2021.

According to a report in the New Indian Express, the BCCI are ready to host the IPL in October-November in case the World T20 is postponed and the situation improves by then. "If one takes into account practice fixtures and everything else, there's a 34-day window. A decision on the World Cup is expected around August. If that doesn't go ahead, then the BCCI has an opportunity to slot the IPL into the same period, provided things improve," an official told the New Indian Express.