Michael Clarke, The Former Australia Skipper, Has Made Some Interesting Revelations In That The Australian Cricket Team Were 'too Scared' To Sledge Virat Kohli In The 2018/19 Series Against India So That They Could Protect Their Million-dollar IPL Deals.

Michael Clarke has reckoned that the Australian players did not want to rub Virat Kohli the wrong way in fear of losing out on an IPL deal. (Photo Credit: Getty Images)

Virat Kohli's Indian cricket team had created history in 2018/19 when they became the first Asian nation to win a Test series in Australia. India won the first Test in Adelaide by 31 runs before Australia squared the series with a big win in Perth. Virat Kohli's team, boosted by a magnificent performance from Jasprit Bumrah and Cheteshwar Pujara, won the Melbourne Test by 137 runs and when the final Test in Sydney was washed out due to rain, India had secured a rare feat. For Australia, they were coping with the ban of Steve Smith and David Warner due to the ball-tampering scandal and they were facing the heat to change their behavior in the wake of the Newlands controversy.

However, former Australia skipper Michael Clarke believed that in that period, the Australian side were too soft and explained that they were 'scared' of offending the likes of Virat Kohli and Rohit Sharma as they had to protect their IPL deal worth millions. In an interview with Big Sports Breakfast Radio, Clarke explained, "Australian cricket, and probably every other team, over a little period went the opposite - actually sucked up to India. They were too scared to sledge Kohli or sledge the Indian players because they had to go and play with them in April. And they wanted… if Kohli is the captain in the IPL, Rohit Sharma is the captain in the IPL, you know, name a list of ten players, they are bidding for these Australian players to get into their IPL team. So the players are like, 'well, I'm not going to sledge Kohli, I want him to pick me for [Royal Challengers] Bangalore, so I can make, you know, a million US (dollars) for my six weeks'. And I sort of feel that was where Australia went through that little phase of our cricket, became a lot softer or not as hard as what we're accustomed to seeing."

Clarke, though, also reasoned that perhaps the main reason that Australia did not want to sledge Virat Kohli was because of his aggressive nature. In the past, Kohli has said that indulging in a slugfest against Australia had brought out the best in him and he relished the prospect of giving it back to them. In the past series in 2014 and 2017, tempers flared. In the 2014 Melbourne Test, Australia, in particular, Mitchell Johnson tried to wind Kohli up and that prompted him to say that he had 'lost respect' for some of the players. In 2017, Kohli almost labelled Steve Smith a 'cheat' after the infamous DRS brainfade in the Bangalore Test. 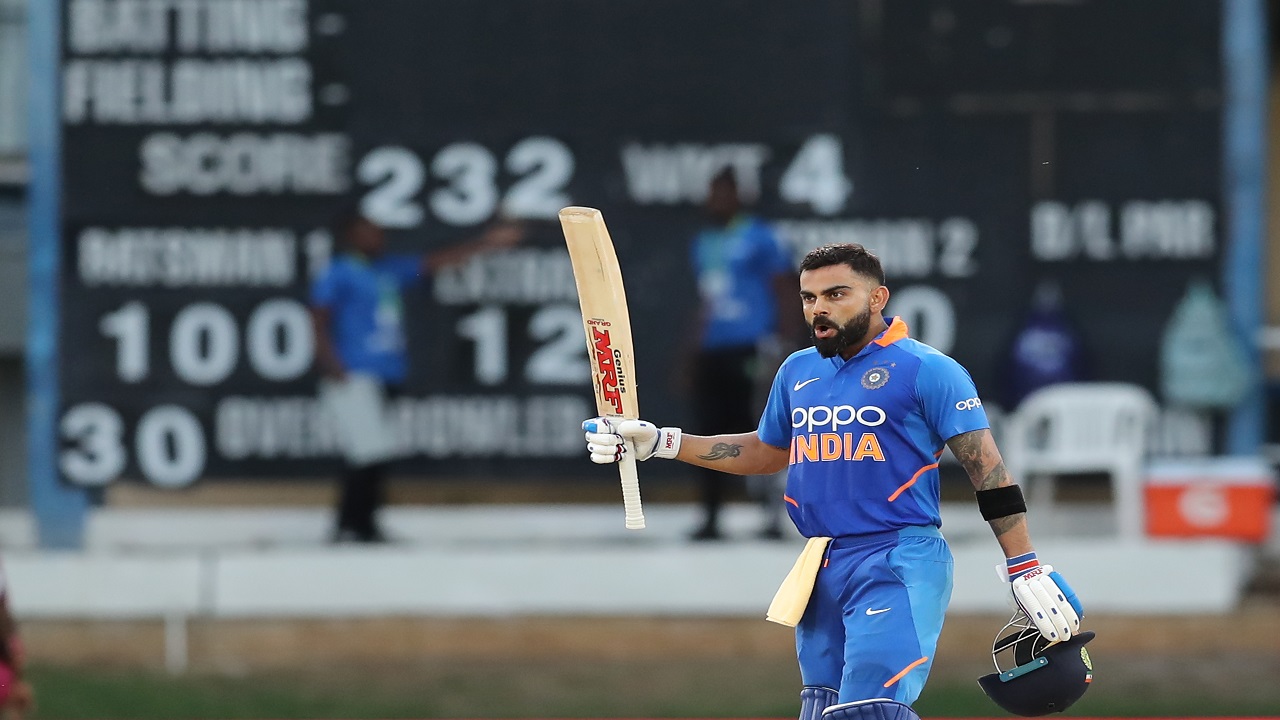 In an Instagram chat on Kevin Pietersen's account, Virat Kohli said the 2014 tour of England, in which he managed just one fifty in the entire tour and averaged a miserable 13.4 in the five Tests was the lowest point in his career. "I felt like as a batsman, you know you are going to get out in the morning as soon as you wake up. That was the time I felt like that there is no chance I am getting runs. And still to get out of bed and just get dressed for the game and to go out there and go through that, knowing that you will fail, was something that ate me up," Kohli said.

In the entire Test series, Kohli was consistently undone by the swing and seam of James Anderson and Stuart Broad as he scored 134 runs in 10 innings while in the ODIs, he managed just 54 runs at an average of 18. Kohli, though, made a truimphant return back to England in 2018 when he scored a brilliant 149 in the first Test in Edgbaston on a difficult pitch and he ended with 593 runs at an average of 59.3 as he put his nightmares of 2014 to rest.