MS Dhoni, Who Has Not Played Any Competitive Cricket Ever Since The ICC World Cup Semifinal Against New Zealand In Old Trafford, Has Been Warming Up In Style For Chennai Super Kings In Their Practice Sessions At Chepauk.

MS Dhoni returned to cricket action on March 2 as he practiced at the MA Chidambaram stadium in Chepauk in order to prepare for the 2020 Indian Premier League. (Photo Credit: Twitter)

The Indian Premier League is just three weeks away. The MA Chidambaram stadium in Chepauk transforms into the Anbu-den, the Tamil word meaning the Den of Love. The love is symbolic of the fans representing Chennai Super Kings. Even for their practice sessions, fans throng to Chepauk in huge numbers and give the occasion a sense of an international match. Many websites live stream the practice sessions as well. The fans come mainly to see Chennai Super Kings talisman MS Dhoni in action. Dhoni is loved and admired everywhere in the world. However, in Chennai, the love for 'Thala' Dhoni goes up a notch. When MS Dhoni comes out to bat, the stadium reverberates with chants of 'Dhoni, Dhoni, Dhoni'.

In the current practice session currently underway in Chepauk, MS Dhoni showed that he had not lost his big-hitting ability and he put on an exhibition. In a tweet shared by Star Sports Tamil, MS Dhoni is seen warming up in style as he blasts five consecutive sixes much to the delight of the fans. Behind him are Piyush Chawla and Kedar Jadhav as they wait for their turn to gear up for the 2020 Indian Premier League.

The 2020 edition of the Indian Premier League is very important for MS Dhoni and his chances of getting into the Indian cricket team for the 2020 ICC World T20. The former India skipper has not played any competitive cricket ever since India's painful defeat in the semi-final of the 2019 World Cup in Old Trafford against New Zealand. Following the end of the semi-final, Dhoni took a sabbatical and did not make himself available for selection for the series against West Indies, South Africa and Bangladesh. 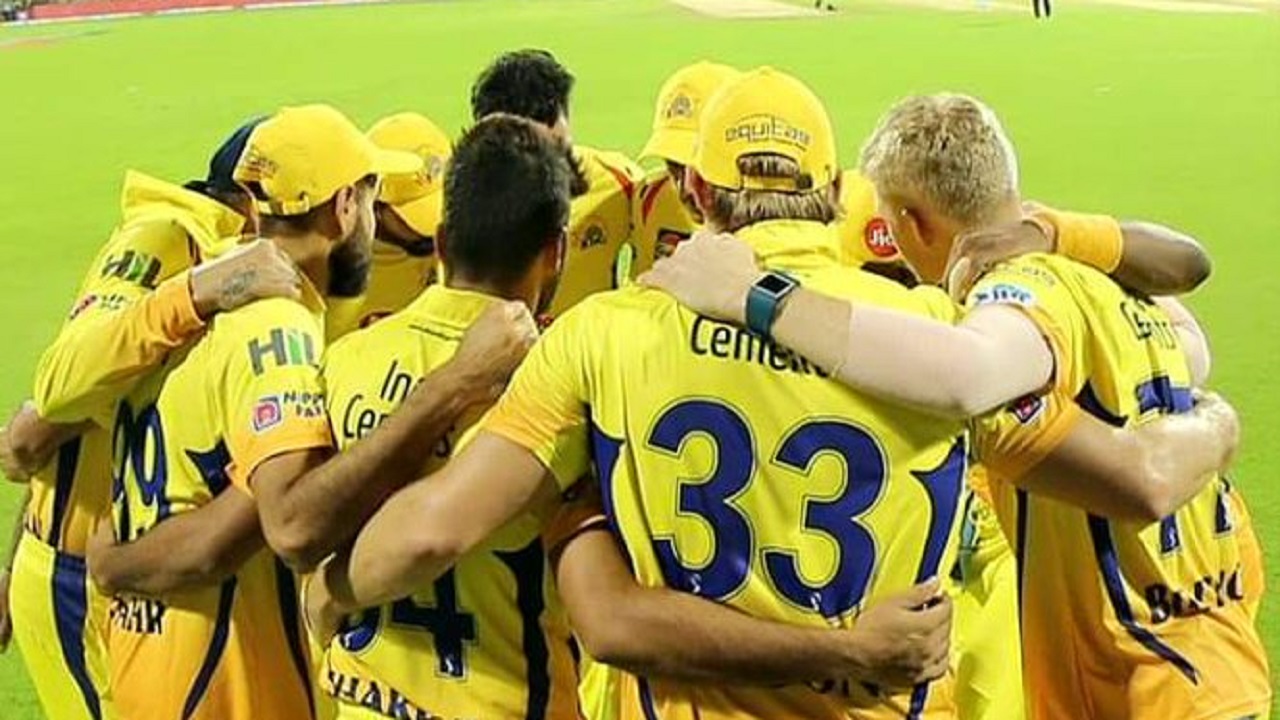 Chennai Super Kings are the three-time champions but they have also lost three finals to Mumbai Indians. (Image credit: Twitter)

In that period, Dhoni was removed from the annual BCCI retainer contracts list and the speculations about his international career only increased. The 2020 IPL will see Dhoni play some competitive cricket for the first time as Chennai Super Kings aim to win the Indian Premier League for the fourth time. MS Dhoni helped Chennai Super Kings return in grand style after a two-year suspension as they won the 2018 Indian Premier League by beating Sunrisers Hyderabad in the final thanks to a brilliant century from Shane Watson.

In the 2020 Indian Premier League, Chennai Super Kings have snapped up notable players like Josh Hazlewood, Piyush Chawla and Sam Curran in their side while retaining their core team. Dhoni would be hoping for a strong performance and put his name in the list for the Indian cricket team as they gear up for the ICC World T20 which will be played in Australia in October.