Manish Sisodiya, The Deputy Chief Minister Of Delhi, Has Announced That No IPL Games Will Take Place In Delhi In The Wake Of The Coronavirus Outbreak And That All Sporting Events In The City Will Be Cancelled.

The 2020 Indian Premier League will not see any games hosted at the Arun Jaitley stadium due to the global coronavirus pandemic. (Photo Credit: Getty Images)

Manish Sisodia, the deputy chief minister of Delhi, has announced that no IPL games will take place in Delhi in the wake of the Coronavirus outbreak and that all sporting events in the city will be cancelled. The coronavirus pandemic has cast a big cloud over the 2020 edition of the Indian Premier League. With the disease now stopping or affecting sporting events all over the globe, the fate of the IPL is uncertain. There will be a meeting of the IPL Governing Council in Mumbai on Saturday and the fate of whether the tournament will be cancelled, curtailed, postponed or whether will it be played behind closed doors will be decided. In a circular issued by the Delhi government, it stated that, "All sports gatherings (including IPL), conferences, seminars beyond 200 people are prohibited in NCT of Delhi for the purpose of prevention and control of the outbreak of epidemic disease namely COVID-19."

The Arun Jaitley stadium was hosting seven games in IPL 2020, with the first game beginning on March 30 against Kings XI Punjab. After a 10-day gap, Delhi Capitals were hosting Virat Kohli's Royal Challengers Bangalore on April 10 while they would host MS Dhoni's Chennai Super Kings on April 13. Delhi Capitals would continue playing at home with a home game on April 19 against Kolkata Knight Riders before Delhi Capitals embark on a two-week away tour. The action would return on May 3 against Sunrisers Hyderabad. On May 6, they would have played Mumbai Indians with their last game on May 13 against Rajasthan Royals.

There will be plenty of factors at play when any kind of decision will be taken in the wake of the Coronavirus pandemic. The Government of India has issued an advisory with a ban on all existing foreign visas, except a few categories like diplomatic and employment, till April 15. The Maharashtra and Karnataka governments are already wary of organising home games of Mumbai Indians and the Royal Challengers Bangalore, with the Karnataka Government writing an official letter to the central government asking them to postpone or suspend this year's IPL amid coronavirus threat.

Union Sports Minister Kiren Rijiju and Sports secretary Radhey Shyam Julaniya have issued strict advisories to follow the Health Ministry's advisory regarding the coronavirus pandemic. The government issued a fresh advisory with a ban on all existing foreign visas, except a few categories like diplomatic and employment, till April 15 in the wake of new positive cases. In the wake of the developments, Rijiju said, 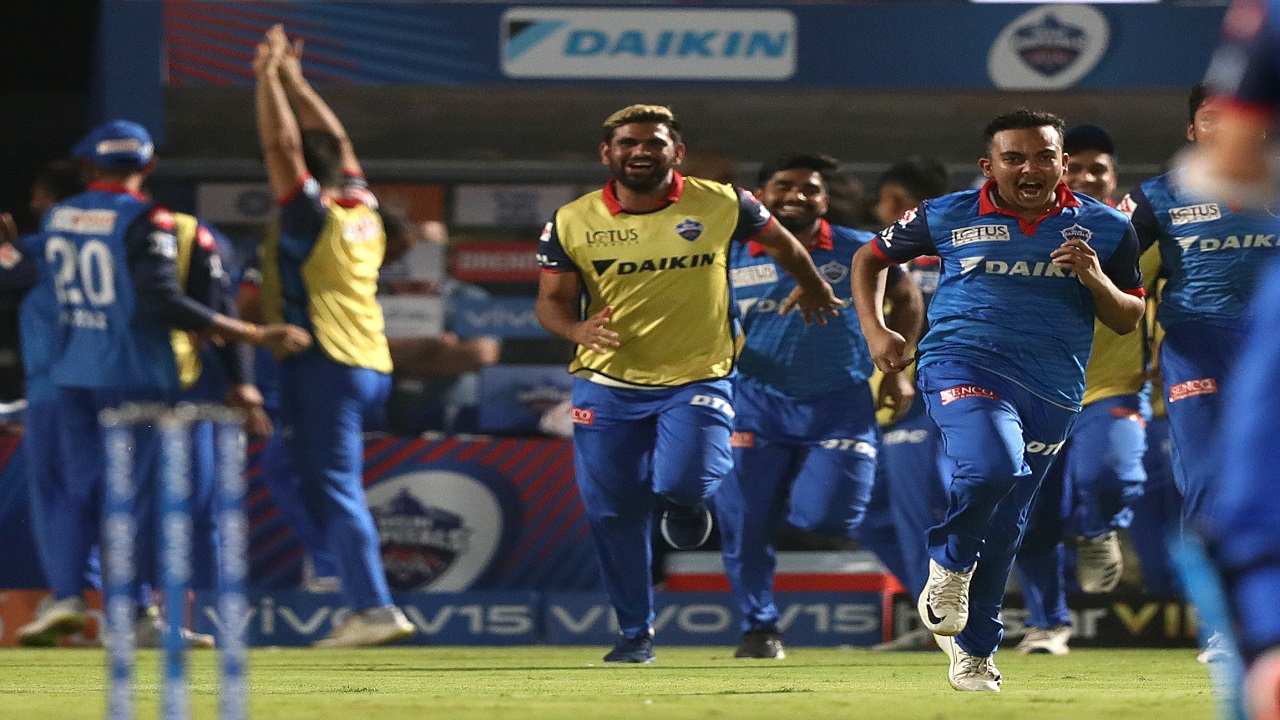 Delhi became the first state to ban all IPL games in the wake of the coronavirus pandemic. (Image credit: Getty Images)

"We have requested all the sporting federations to follow the guidelines of the health ministry. One must avoid mass gatherings in a tournament like the IPL. All over the world, many tournaments are being played behind closed doors or cancelled in order to prevent the spread of the pandemic," Rijiju said. Rijiju's comment comes on the lines of Sports secretary Radhey Shyam Julaniya who told ANI, "All national federations, including BCCI, are asked to follow Health Ministry's advisory and avoid large gatherings, keeping in mind the Coronavirus Outbreak. We have sent the advisory to everyone."

So no #IPL in Delhi ! Good decision by #NCT #Delhi ! pic.twitter.com/ZxSGnswEGs

According to a report in PTI, the "Details of Visas Granted by India" manual of the Ministry of Home Affairs states: "Foreign nationals who are engaged in commercial sports events in India on contract (including coaches) like Indian Premier League, Indian Soccer League, etc. with remuneration. They may be granted 'B-Sports' Visa with multiple entry facility for 13 appropriate period. Such a foreign national shall comply with all the statutory obligations like payment of taxes, etc."