Pravin Tambe, Who Became The Oldest Player To Be Picked In The IPL Auction By Kolkata Knight Riders, Has Been Disqualified From Participating In The Tournament For Featuring In The T10 League In The UAE.

Pravin Tambe was the oldest player to be picked in the IPL Auction when he was taken for Rs 20 lakh by Kolkata Knight Riders. (Photo Credit: Twitter)

Pravin Tambe, the 48-year-old legspinner who had created history by being picked for Rs 20 lakhs in the IPL Auction in 2019, has now been disqualified from the Indian Premier League. The reason - being part of the T10 League in the UAE. Tambe was part of the Sindhis Team in the T10 League and had a successful outing, taking eight wickets including 5/15 against the Kerala Knights in Sharjah. In 2018, Tambe had retired from all forms of cricket but in 2019, he came out of retirement to play the Mumbai T20 League where he played for Namo Bandra Blasters and North Mumbai Panthers.

However, his participation in the T10 league has resulted in the IPL Governing Council disqualifying Tambe. According to the BCCI rules, only retired players are allowed to feature in overseas leagues. No current player can feature in overseas leagues and if they have to play the English county championship, they need to attain an NOC from BCCI and state units. Speaking to the Sportstar, IPL Governing Council chairman Brijesh Patel said, "Tambe has been disqualified from the tournament and we have already informed Kolkata Knight Riders about it and they will be given a replacement. Tambe retired in 2018 and later withdrew it. But he did not inform the Board."

Tambe shot into prominence when he became the first bowler to take 10 wickets in four matches in the Champions League T20 and is the first and only bowler to bowl 15 overs without conceding a six. He enjoyed a brilliant year in 2014 when he took 15 wickets in 13 games, including a haul of 4/20. After his last stint with Sunrisers Hyderabad, Tambe was not picked in the next three editions. The turnaround in fortunes could not have been starker for Tambe as he left several youngsters in the shade. 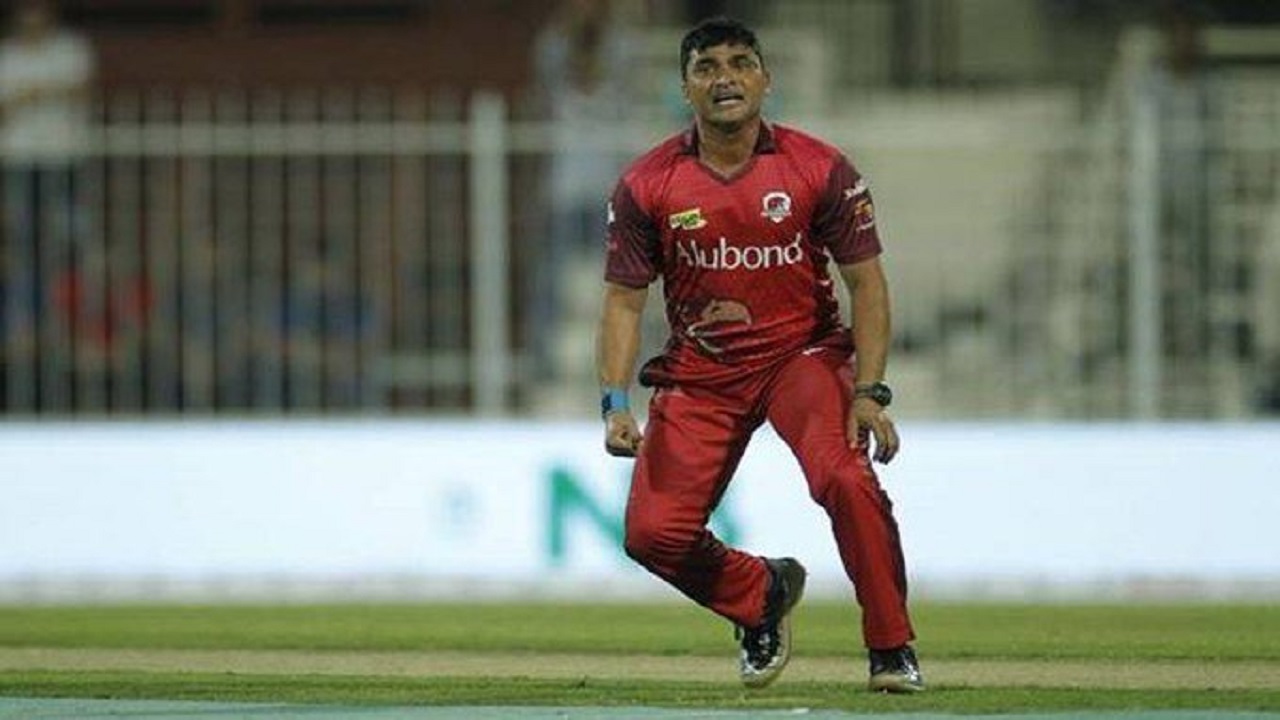 Pravin Tambe had reitred in 2018 but came out of retirement in 2019. (Image credit: Twiter)

In the IPL 2020 Auctions, Yashasvi Jaiswal was taken for Rs 2.4 crore by Rajasthan Royals while Priyam Garg, who is the captain of the Under-19 team heading for the World Cup in South Africa, was taken for Rs 1.9 crore by Sunrisers Hyderabad. The most expensive Indian in the auction proved to be another veteran in Piyush Chawla, who was taken for Rs 6.5 crore by Chennai Super Kings.

Varun Chakravarthy was the next with Rs 4 crore while the most expensive buy of the day was Pat Cummins who was taken by Kolkata Knight Riders for Rs 15.5 crore, which made him the most expensive foreign buy in the history of the tournament.