Indy 500 Postponed To August Due To Coronavirus Pandemic

It Will Mark The First Time The Indianapolis 500, Considered A US Classic Race, On The Famed 2 1/2-mile (4km) Oval Will Be Staged Outside Of May Since Its 1911 Debut, With Frenchman Simon Pagenaud Looking To Defend His Title.

Organizers also moved the IndyCar Grand Prix of Indianapolis, which had been scheduled for May 9 on the road course at the Speedway, to July 4. (Photo Credit: Getty Images)

The 104th Indianapolis 500 was moved from May 24 to August 23 by IndyCar and the Indianapolis Motor Speedway in the wake of the coronavirus pandemic. It will mark the first time the US classic on the famed 2 1/2-mile (4km) oval will be staged outside of May since its 1911 debut, with Frenchman Simon Pagenaud looking to defend his title. Organizers also moved the IndyCar Grand Prix of Indianapolis, which had been scheduled for May 9 on the road course at the Speedway, to July 4 -- the American Independence Day holiday -- as part of a revamped IndyCar season schedule. "The Month of May at the Indianapolis Motor Speedway is my favorite time of year, and like our fans, I am disappointed that we have had to reschedule the Indianapolis 500," series and speedway owner Roger Penske said on Thursday.

"However, the health and safety of our event participants and spectators is our top priority, and we believe that postponing the event is the responsible decision with the conditions and restrictions we are facing. I'm confident we will welcome fans with a transformed facility and a global spectacle when we run the world's greatest race."

The Indy 500 will begin with practice sessions August 12-14 and qualifying on August 15-16 with a final practice session on August 21. "This August, we'll also have a unique and powerful opportunity to honor the contributions and heroism of the doctors, nurses, first responders and National Guard members serving on the front lines of the fight against COVID-19," Penske Entertainment president Mark Miles said.

"We're grateful for the patience of our fans as we've navigated this situation." The Indy Grand Prix will open an unprecedented double-header featuring the first Indy road course race for NASCAR, the closed-cockpit stock car series that is the most popular form of US auto racing. "For very good reason, this historic pairing will be circled on the calendar of every motorsports fan," speedway president J. Douglas Boles said. "We appreciate our friends at NASCAR for their flexibility and support in this matter and will work with them on a memorable, exciting weekend of racing action." 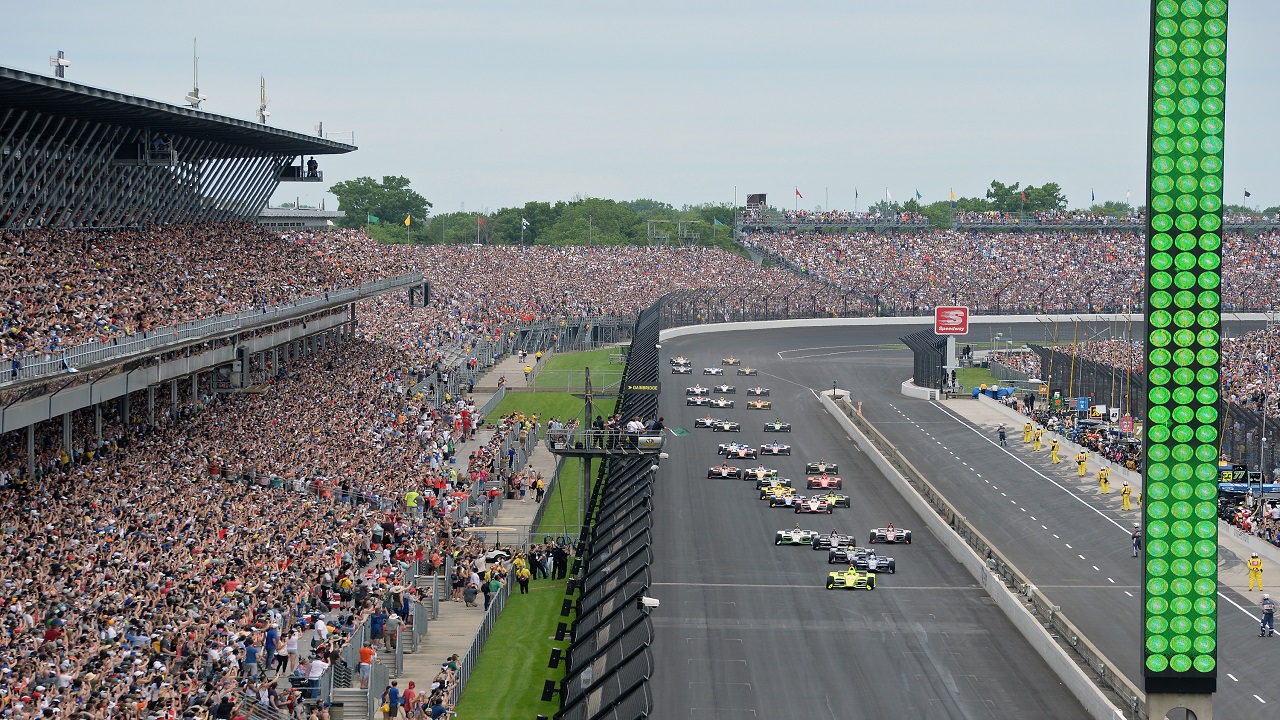 Moving the Indy 500 required shifting two other races on a 2020 IndyCar schedule now shrunk from 17 to 14 races with Alabama, Long Beach and Austin, Texas, events cancelled due to the pandemic. To accomodate the Indy 500 shift, an August 16 race at Mid-Ohio was moved to August 9 and the Gateway 500 near St. Louis will be contested August 30, eight days later than originally planned.

The season is now set to open with two Dual in Detroit street races May 30-31 as planned followed by races at Texas, Road America and Richmond before the Indy Grand Prix and races as scheduled in Toronto and Iowa. After the revamped August run, IndyCar concludes with events at Portland and Laguna Seca but IndyCar listed an "expected finale TBD" 14th race on the streets of St. Petersburg, Florida. The Florida street race was to have been the season opener on March 15 before being called off.