Olympic Athletes Village Could Be Temporary Hospital For Coronavirus Patients

Tokyo Governor Yuriko Koike Has Been Talking About The Possibility Of Occupying The Massive Development On Tokyo Bay, Which Is To House Up To 11,000 Olympic And 4,400 Paralympic Athletes And Staff During The Games.

Occupancy was supposed to begin in 2023, and apartment prices are listed between USD 500,000 and USD 2 million. (Photo Credit: Getty Images)

The under-construction Athletes Village for the Tokyo Olympics could be used as a temporary hospital for cornoavirus patients. Tokyo Governor Yuriko Koike has been talking about the possibility of occupying the massive development on Tokyo Bay, which is to house up to 11,000 Olympic and 4,400 Paralympic athletes and staff during the games. The complex, which will eventually include 24 buildings, is expected to remain unoccupied with the Olympics delayed for 16 months. Koike said the Athletes Village was "one of the options, but the village is not finished yet. We are talking about places that are available even today or tomorrow and checking a possibility one by one." As another alternative, Koike said on Friday that the Tokyo city government would buy a hotel to house patients.

Japan had reported about 3,300 cases of coronavirus with 74 deaths, according to the health ministry. Tokyo reported 97 new cases on Thursday with officials looking for more beds in the capital as totals rise. The coronavirus causes mild or moderate symptoms for most people and can include a fever, coughing and mild pneumonia. The risk of death is greater for older adults and people with other health problems. 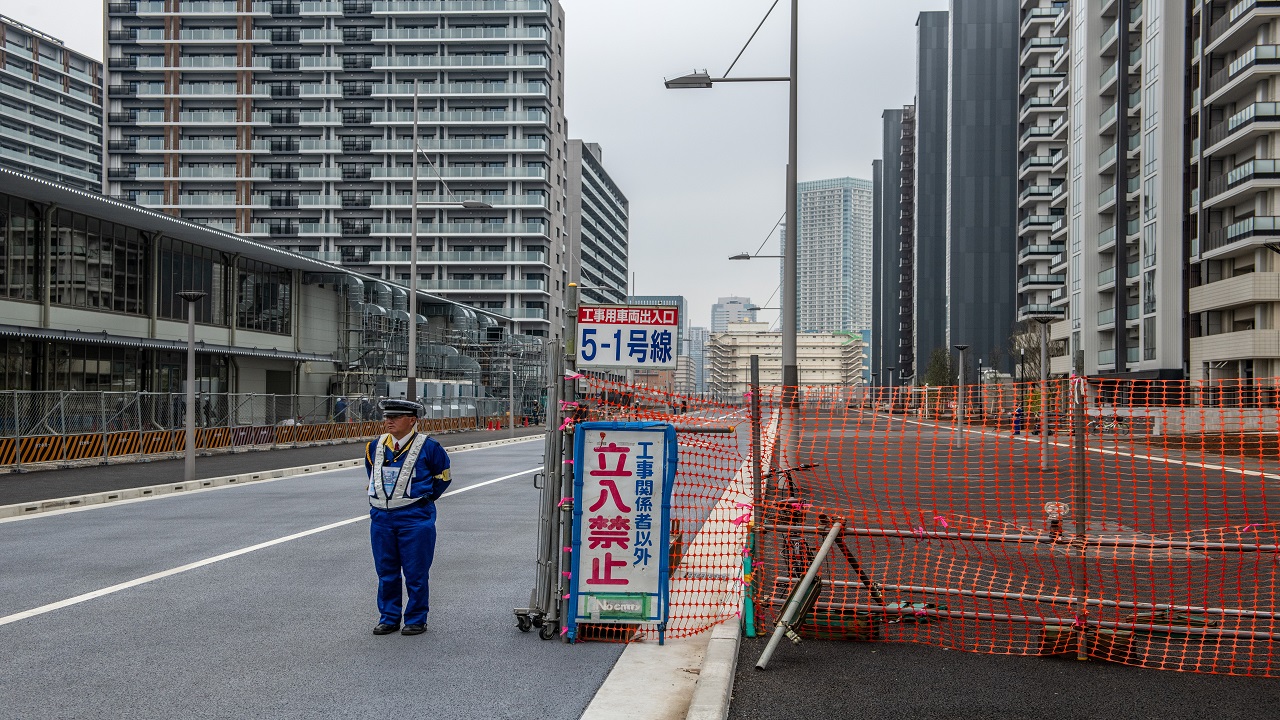 The 5,600 units in the Athletes Village will be renovated after the Olympics and sold. Almost 1,000 are now for sale, or have been sold. Occupancy was supposed to begin in 2023, and apartment prices are listed between USD 500,000 and USD 2 million. The Athletes Village is a joint venture involving 10 major companies and the city of Tokyo. The complex will be known as Harumi Flag and the developers include Mitsui Fudosan Residential Co., Nomura Real Estate Development Co., and Sumitomo Realty & Development Co.

The group running Harumi Flag said the proposal to use the property for coronavirus beds was speculation and added the developers had not heard from the city. The group also said Harumi Flag had not decided on its plans for the development in light of the 16-month Olympic postponement. One of the biggest challenges for Olympics organizers will be lining up the Athletes Village for next year, along with about 40 sports venues.

Estimates suggest the postponement will cost between USD 2 billion and USD 6 billion, with most of the bill going to Japanese taxpayers. Tokyo organisers officially are spending USD 12.6 billion to organise the Olympics, although a government audit says the figure is twice that much. All but USD 5.6 billion is public money. Organising committee documents show the Switzerland-based International Olympic Committee is contributing USD 1.3 billion. The IOC had income of USD 5.7 billion in the last four-year Olympic cycle. More than 90 per cent is from selling broadcast rights and sponsorships.