The Asian Wrestling Championships, Which Will Be Held In New Delhi From February 18 To February 23, Is A Crucial Tournament Ahead Of The Tokyo 2020 Olympics But Chinese Wrestlers' Participation Is In Doubt Due To The Coronavirus Outbreak In The Country.

Sushil Kumar was the first Indian wrestler along with Narsingh Yadav to win the gold in the Asian Wrestling Championships. (Photo Credit: Getty Images)

The Asian Wrestling Championships in New Delhi, which will be held from February 18 to 23 is a crucial tournament in order to prepare for the Tokyo 2020 Olympics. However, there is a big issue regarding the participation of Chinese wrestlers as China is currently grappling with the outbreak of the Coronavirus which has killed over 500 people. Apart from Chinese wrestlers, there is a big question mark on the participation of Pakistan wrestlers as the bilateral situation between India and Pakistan continues to deteriorate. The Asian Championships in February is seen by many nations as the ideal preparation for the Tokyo Olympic games which will be held in July. However, the Wrestling Federation of India (WFI) is confident that the visa issue related to China and Pakistan will be resolved.

According to a report in the Hindustan Times, the WFI president, Brijbhushan Sharan Singh met foreign minister S. Jaishankar and highlighted the situation. "This is a mandatory tournament and we cannot stop any nation from participating. I am hopeful that there will be no problems and that the Chinese and Pakistan athletes will be allowed to compete," Brijbhushan Sharan said to HT.

Brijbhushan Sharan also highlighted the pitfalls that might come on India if they do not allow the participation of Chinese and Pakistan athletes. "When a tournament is alloted to us, we have to assure the International Federation that no country will be stopped from participating. If we do it, it can go against us. This is the Olympic year. We should not do anything that can go against us s we might face the risk of being banned not just from Olympic qualifying events but also from the Olympics," Brijbhushan Sharan warned.

The visa applications of four members of the Pakistan wrestling squad are pending with the Indian high commission in Islamabad while China's athletes are yet to get the green signal from the Chinese Embassy in Beijing. Sports Minister Kiren Rijiju has said the Indian government follows the IOC charter and thus cannot deny visas to any country. The WFI president had also said that no player has said he is apprehensive of facing a Chinese athlete and that he expressed confidence in the Chinese federation in undertaking a thorough checkup.

Iran has dominated the Asian Wrestling Championships ever since it began in 1979. India has won the gold medal only twice and that was in 2010 and 2013 in India. In the 2013 edition, Amit Kumar Dahiya and Amit Kumar Dhankar won the top prize in the men's freestyle event by beating Yang Kyong-il of North Korea in the 55 kg category and Ganzorigiin Mandakhnaran of Mongolia in the 66 kg category respectively. In 2010 also in New Delhi, Sushil Kumar and Narsingh Yadav won the gold in the 66 kg and 74 kg category.

All visas issued to Chinese passport holders coming from anywhere in the world,including regular and e-visa issued before 5 February, have been suspended with immediate effect in view of the novel coronavirus outbreak. However, these restrictions will not be applicable to Chinese passport holders from Hong Kong, Macau and Taiwan. According to one Indian immigration official speaking to ANI, foreigners who have been to China on or after 15th January 2020 are not allowed to enter India from any air, land or seaport, including Indo-Nepal, Indo-Bhutan, Indo-Bangladesh or Indo-Myanmar land borders. 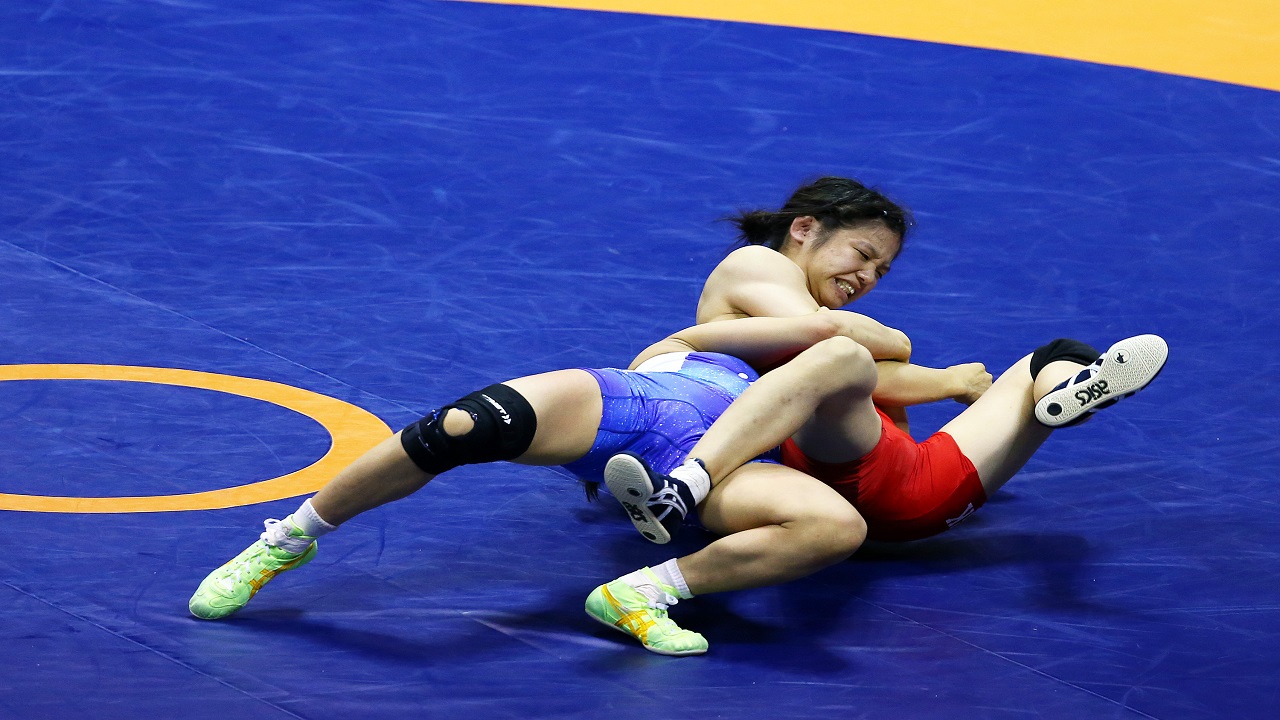 China and Pakistan are currently facing difficulties in coming to India for the Asian Wrestling Championships. Image for representational purposes. (Image credit: Getty)

The death count in China's coronavirus outbreak has climbed to 490 with the number of confirmed cases crossing over 24,324, China’s national authorities announced on Wednesday. Almost all the deaths are in Hubei Province which showed a sharp increase with new confirmed cases. It said 65 deaths were reported on Tuesday, all from Hubei province and its capital Wuhan. Also 3,887 new confirmed cases of novel coronavirus infection were reported on Tuesday, it said. A total of 892 people had been discharged from hospital after recovery, it said. Over 2.52 lakh who were in close contacts with patients had been traced with over 1.85 lakh others still under medical observation, it added.

The World Health Organization said the number of cases will keep growing because tests are pending on thousands of suspected cases. China imposed a lockdown on a major city far from the epicentre of the coronavirus epidemic. The United States, Australia, New Zealand and Israel have banned foreign nationals from visiting if they have been in China recently, and they have also warned their own citizens against travelling there. China has opened a new hospital built in 10 days, infused cash into tumbling financial markets and further restricted people's movement in hopes of containing the rapidly spreading virus and its escalating impact.