China Has Been Forced To Cancel Or Put Off A Host Of Sporting Events Due To The Coronavirus Epidemic, From Suspending All Football In The Country To Postponing The First Badminton Tournament Of The 2020 World Tour Season

It also throws into doubt the inaugural race in Vietnam, which takes place two weeks before Shanghai but where there have also been cases of the virus, officially named COVID-19. (Photo Credit: Getty Images)

The fate of the Chinese Grand Prix is expected to be announced on Thursday as reports said it will not take place as planned on April 19 because of the new coronavirus. Several British media outlets ran unsourced reports on Wednesday saying the Shanghai race, the fourth of the new season, will be either postponed or cancelled. It would be the latest -- but easily most high-profile -- sports event to fall victim to the virus outbreak which has killed more than 1,100 people in China, where it emerged at the end of last year.

AFP understands that an announcement about the race will be made on Thursday, but according to the BBC, it is "expected to be postponed". It also throws into doubt the inaugural race in Vietnam, which takes place two weeks before Shanghai but where there have also been cases of the virus, officially named COVID-19. Formula One's managing director Ross Brawn said last week that they will look to reschedule the Shanghai race if it does not go ahead in April.

"We will leave open the opportunity to see if the race can run later in the year," he said, according to the BBC. "China is an enthusiastic, growing market so we'd like to have a race in China."

China has been forced to cancel or put off a host of sporting events due to the coronavirus epidemic, from suspending all football in the country to postponing the first badminton tournament of the 2020 world tour season. The world's most populous country has increasingly become a powerhouse in hosting international sport in recent years, but has had its sporting calendar thrown into chaos. Athletics' World Indoor Championships, scheduled for Nanjing in March 13-15, have been postponed for a year. The Chinese Formula E Grand Prix, due to take place in Sanya on the southern island of Hainan on March 21, was called off "after close consultation" with government authorities.

Ferrari team manager Mattia Binotto insisted that Sebastian Vettel remained the team's "first choice" for the future despite reports that Lewis Hamilton could join the Italian stable next season. "Seb is our first choice, our preference," Binotto said on Tuesday during the presentation of the team's new SF1000 car for the 2020 season at Reggio Emilia in northern Italy. 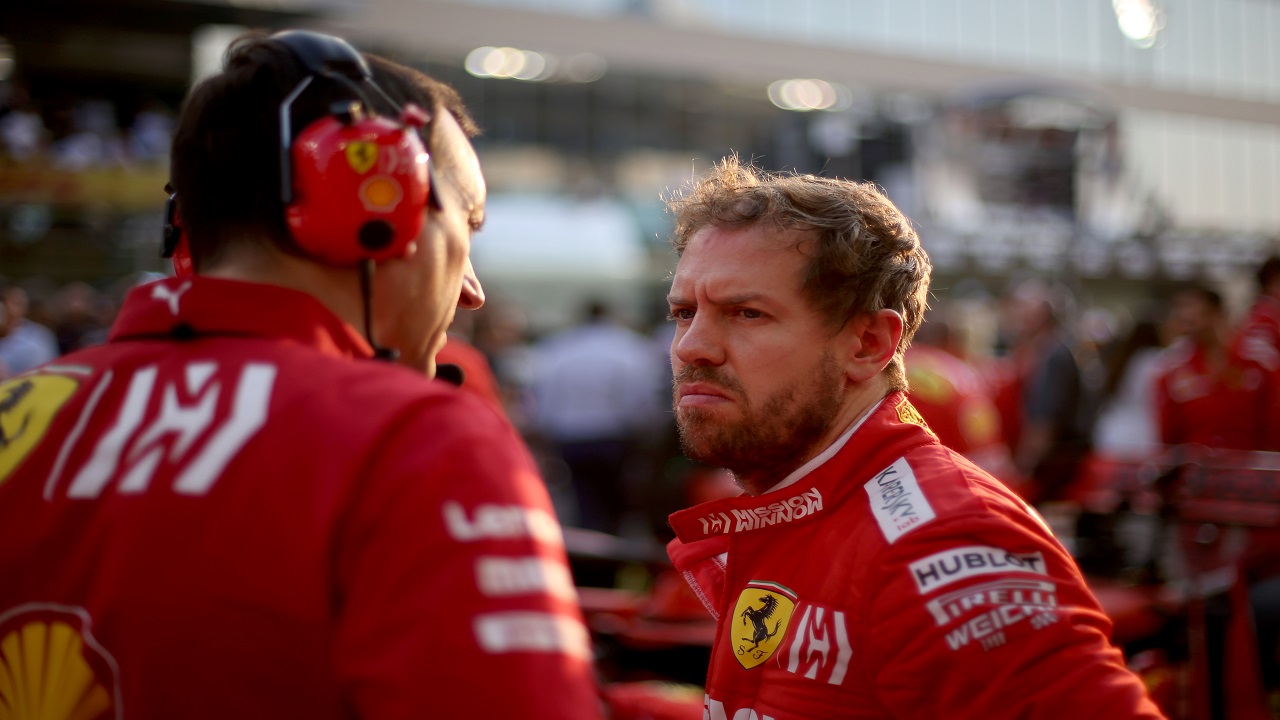 Sebastian Vettel's contract is all set to end after the end of the 2020 season. (Image credit: Getty Images)

Vettel, 32, joined Ferrari in 2015 and the German's contract ends at the end of the coming season, as does world champion Hamilton's at Mercedes. "We're focused on our drivers. We're not thinking about it for the moment," added Binotto. "We're talking with Seb and we'll take the time needed. We are focused on the car and the Tests. There will be a time for the rest. I think it's good to live in the present moment and the present moment is what's behind us," said Vettel, pointing to the new car Ferrari. We will have time," he added.

Ferrari's second driver Charles Leclerc extended his contract with the Scuderia this winter until 2024. Hamilton is preparing to launch his bid to equal Michael Schumacher's record of seven drivers' championship titles after cruising to a six title last campaign.