The Olympic Test Event Was Scheduled To Be Held From April 16 While The World Cup Will Now Held In Two Parts Before The Olympic Games After The Tournament Organisers National Rifle Association Of India (NRAI) Approached The ISSF With A Proposal To Postpone The Event.

The ISSF Shooting World Cup could be played in two parts with the Rifle and Pistol competitions on May 5-12, 2020, while Shotgun competitions - on June 2-9, 2020 (Photo Credit: Getty Images)

The upcoming combined shooting World Cup in the national capital was on Friday postponed to May, while an Olympic test event in Tokyo stood cancelled due to the global novel Coronavirus outbreak. The tournament, sanctioned by the International Shooting Sport Federation (ISSF), was to be held from March 15 to 25 in the capital's Dr Karni Singh Shooting Range. The Olympic Test event was scheduled to be held from April 16. The World Cup will now held in two parts before the Olympic Games. "It is proposed to divide the World Cup in two parts and hold Rifle and Pistol competitions on May 5-12, 2020, while Shotgun competitions - on June 2-9, 2020," the ISSF said in a statement.

The decision was taken after the tournament organisers National Rifle Association of India (NRAI) approached the ISSF with a proposal to postpone the event in the wake of the Coronavirus. The development comes after the government imposed several restrictions on the entry of travellers from affected countries such as China, Italy, South Korea, Japan and Iran, in a bid to contain the coronavirus outbreak. The organising committee has also requested the ISSF to restore ranking points in the tournament, which were taken away after withdrawals by multiple nations.

"The OC has also requested the (ISSF) President to accord his consent so that both these World Cups would see the ISSF restoring full ranking points other than and including those for MQS," the NRAI said in a statement. "We are confident that this shall be deeply appreciated by all competing nations and their athletes. The ISSF has informed the OC that it has taken this forward with the IOC, and expects its decision in this regard very soon."

Considering the extraordinary situation, the ISSF has also requested the International Olympic Committee (IOC) to prolong the internal Olympic qualification period in order to ensure all shooters get equal chances of making it to the Games. "In case of the IOC approval, the World Cups in Munich, Germany, and Baku, Azerbaijan, can also influence the outcome of the Olympic Qualification," the ISSF said. "It must be noted that all Qualification Quota Places, as planned, will be allocated by May 31, 2020," the sport's apex body added. In all, 23 countries had pulled out of the Delhi event, an official in NRAI had earlier told PTI. 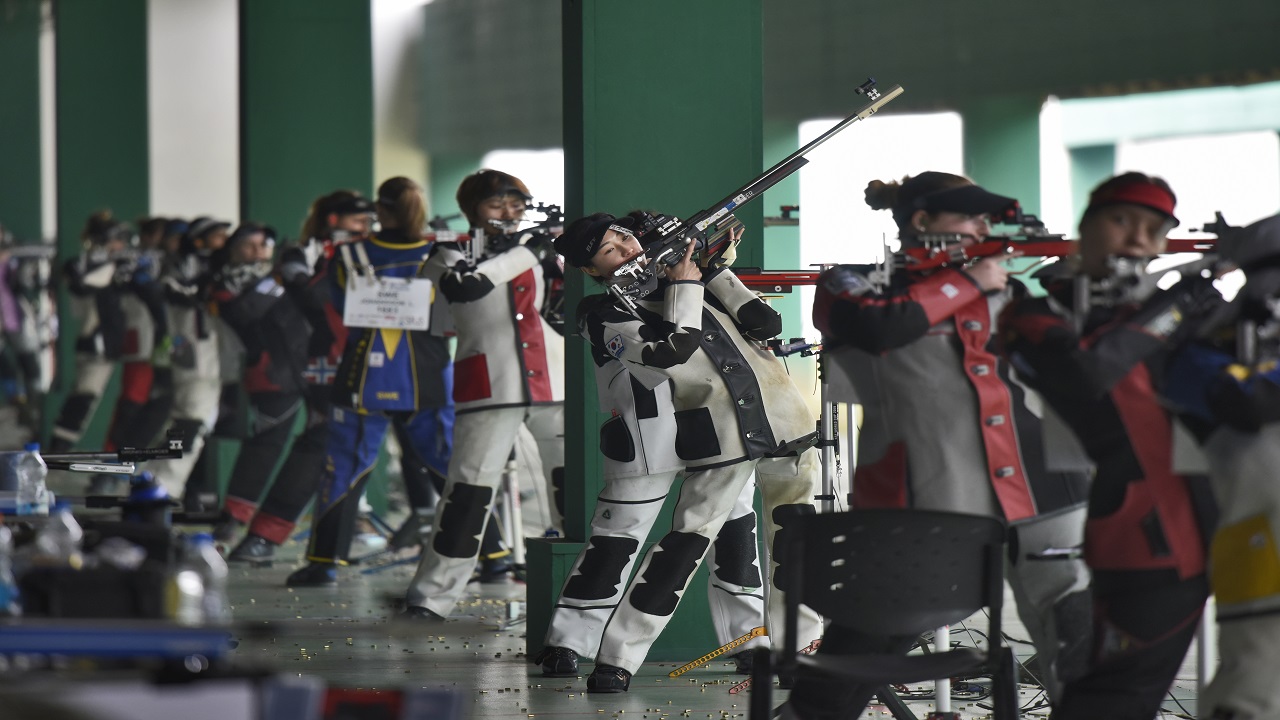 "While 23 was the last count till Thursday night, some counties who had withdrawn, have also reapplied for visas," he said. The Indian government's list of guidelines states that the visa of all foreign nationals, who have visited the affected countries in the year 2020 and have not yet landed in India, will be cancelled. The Delhi event was to be a combined World Cup for rifle/pistol and shotgun shooters. In the wake of the Coronavirus, which originated in the Chinese city of Wuhan in December last year, many sporting events across the world have been either cancelled or postponed in recent weeks.

Last week, India pulled out of the ISSF World Cup in Cyprus, citing the coronavirus threat. The outbreak has so far claimed more than 3000 lives and infected close to 100,000 people across the world. The ISSF had on Wednesday announced that the World Cup in Delhi won't carry ranking points because athletes from all countries cannot participate following the health advisory issued by the Indian government.