Many Of The 13 Women, From Europe, South Africa And South America, Who Started The Race In Jeddah On Sunday Feel The Need To Speak Out For Their Saudi Sisters

Laia Sanz, a Spanish biker, is taking part in the Dakar Rally for the 10th time. (Photo Credit: Getty Images)

They may be few in number but the women who have come to Saudi Arabia to race their vehicles across the sands in this year's Dakar Rally are making their voices heard. They believe their presence in the ultra-conservative kingdom, which is accused of violating human rights and repressing feminist activists, can help the cause of Saudi women. Many of the 13 women, from Europe, South Africa and South America, who started the race in Jeddah on Sunday feel the need to speak out for their Saudi sisters. "I am sure it is positive to show everyone here that women can be competitive and strong and I am happy to represent women here," said 34-year-old Spanish biker Laia Sanz, who is taking part in the rally for the 10th time.

The organisers sparked controversy by switching the race from South America to Saudi, which is regularly accused of human rights abuses and the suppression of dissenting voices, including feminist activists."It was surprising but I think it's a good thing that we are here in the end," said Sanz.

Saudi Arabia has started a program of economic and social reform, at the instigation of Crown Prince Mohammed bin Salman. These include easing the restrictions against women, such as allowing them driving licenses and the possibility of obtaining a passport without the approval of a male guardian. Saudi women, however, remain largely subject to male guardianship, and the government has stepped up repression of dissidents and feminist activists, some of whom are imprisoned and, in some cases, subjected to torture according to their families and NGOs.

Dakar organisers and drivers "should speak out against the Saudi government's mistreatment of women's rights activists for advocating for the right to drive," said Minky Worden of Human Rights Watch in a statement.

Italian driver Camelia Liparoti, who is taking part in her 12th Dakar, agrees with Sanz. "We are fortunate to be female athletes coming (to Saudi Arabia) to compete and able to demonstrate that there are women who do things in a man's world," the 51-year-old with the pink Side-by-Side Vehicle told AFP. 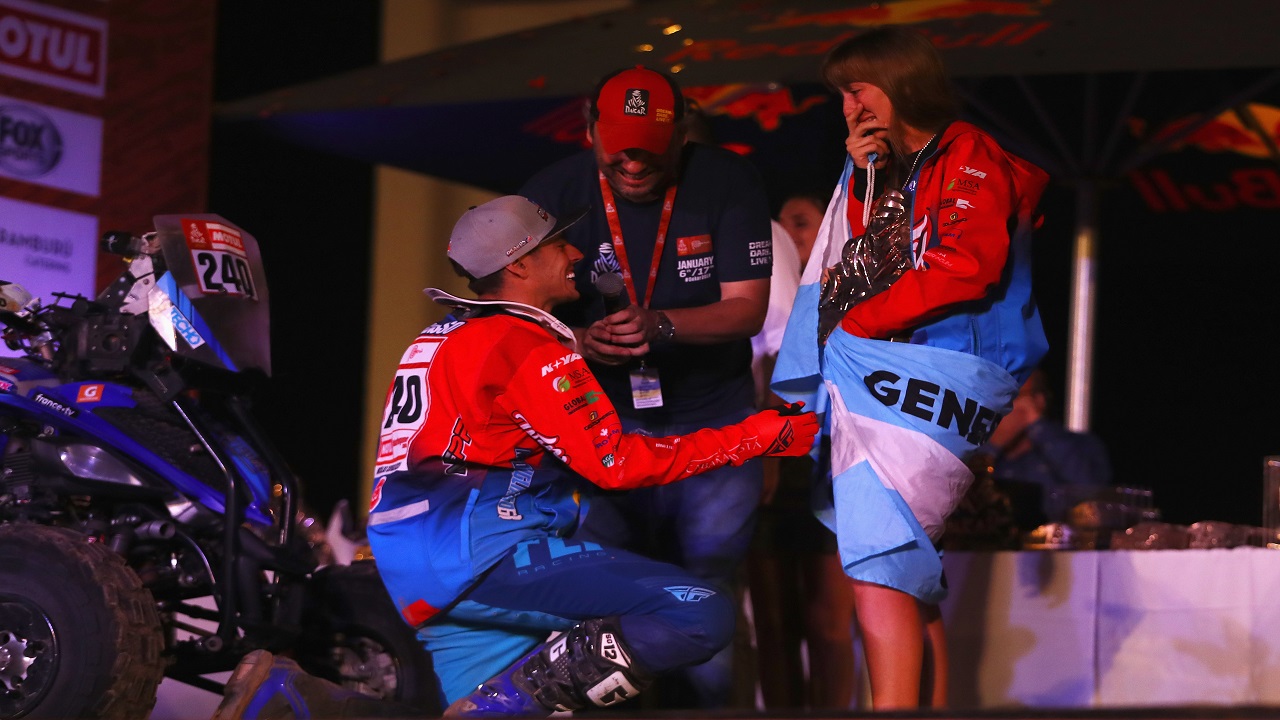 Just three years ago, the country's religious police placed strict controls on men and women, reprimanding anyone who mixed with the opposite sex. In a change perceived as a new diplomatic strategy designed to change the image of the country on the international stage, Saudi authorities have indicated their desire to open up society by investing massively in staging sporting, cultural and entertainment events. In recent months, concerts and sports competitions in front of mixed audiences have multiplied in Riyadh and Jeddah. In October, Riyadh hosted Saudi Arabia's first female wrestling match when Natalya, a Canadian, took on Lacey Evans, an American. Both wore more discreet outfits than they would normally do in the WWE.

"There have been a lot of changes in recent years, most of them positive," Prince Khaled ben Sultan al-Faisal, president of the Saudi federation of motor sports told the media. "I am very happy to see women competing on the Dakar."

For Jutta Kleinschmidt, who in 2001 became the only woman to win the Dakar, when it was still run in Africa, "a race like this can make a difference. I myself was rather critical because we know that the rights of women are not respected (but) I think it helps," the 57-year-old German, who is no longer racing, told AFP. "It can help women gain confidence," she said.