Divya Kakran defeated the Japanese junior world champion enroute to the final but India have a chance to increase their gold medal tally. (Photo Credit: Twitter)

Divya Kakran became only the second Indian women to clinch the gold medal in Asian Wrestling Championships after she won all her bouts in the 68 kg weight category in New Delhi on Thursday. Navjot Kaur had won India's first gold in women’s event in 2018 at the Bishkek Asian Championships. Kakran was at her aggressive best and won all her bouts via fall including the last bout against junior world champion Naruha Matsuyuki of Japan. Against the Japanese junior world champion, with her strong left-leg attacks, Divya led 4-0 with a take down and an expose move.

The Japanese made a solid start in the second period as she attacked the Indian's left leg initially but scored points with a right leg move to make it 4-4. However, Divya soon effected a move which led to her victory by fall. She jumped of the mat to celebrate with her coaches before the referee officially declared her winner. Divya had won a bronze at last year's Asian Championships. Sarita, competing in her first Asian event since winning a silver in 2017 in 58kg, won her first two bouts by technical superiority against Madina Bakbergenova (Kazkhstan) and Nazira MarsbekKyzy (Kyrgyzstan) before winning 10-3 against Japan's Yuumi Kon. 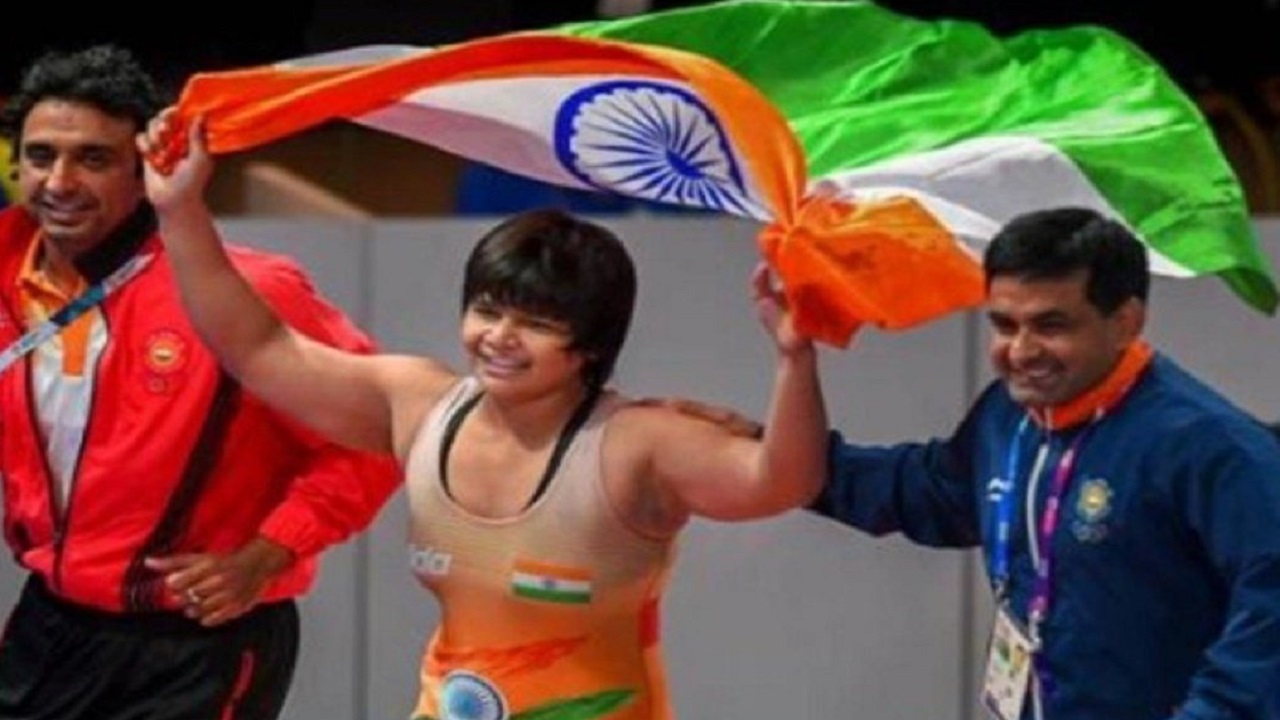 Also in the gold medal contention is Nirmala Devi in 50kg. She beat Mongolia's Munkhnar Byambasuren 6-4 and Uzbeskitan's Dauletbike Yakhshimuratova by technical superiority. She is now up against Japan's Miho Igarashi.

Golden Tournament For India So Far

Sunil Kumar overpowered Azat Salidinov of Kyrgyzstan 5-0 in the 87kg summit bout to win India's first Greco-Roman gold medal in Asian Wrestling Championships in 27 years. Entering the gold medal bout after a come-from-behind victory in the semifinal, Kumar comprehensively defeated his opponent in the final of 87kg category. Earlier, Kumar was down 1-8 in his semifinal bout against his Kazakh opponent Azamat Kustubayev but made a great comeback, grabbing 11 points on the trot to win the bout at 12-8.

In 2019 also, Kumar had made it to the final and ended with a silver medal. Another Indian, Arjun Halakurki won a bronze in Greco-Roman 55kg, his first medal at his first senior international event. Arjun was leading 7-1 against Iran's Naserpour but lost 7-8 in the semifinal.