Australian Formula One Grand Prix Cancelled Due To Coronavirus Pandemic

The Race Was Thrown Into Doubt On Thursday When McLaren Pulled Out After One Of Its Team Members Tested Positive For The Virus And World Champion Lewis Hamilton Said He Was Stunned It Was Still Going Ahead.

The decision to cancel the Australian Grand Prix follows April's Chinese Grand Prix being postponed and with the second race of the year in Bahrain due to be held without spectators, there are huge question marks over the rest of the calendar. (Photo Credit: Getty Images)

The season-opening Australian Grand Prix was cancelled just hours before the action was due to start on Friday over fears about the spread of coronavirus after a McLaren team member tested positive. The decision follows April's Chinese Grand Prix being postponed and with the second race of the year in Bahrain due to be held without spectators, leaving huge question marks over the rest of the calendar. The race was thrown into doubt on Thursday when McLaren pulled out after one of its team members tested positive for the coronavirus and world champion Lewis Hamilton said he was stunned it was still going ahead. The employee was among eight Formula One personnel who went into isolation after showing flu-like symptoms typical of the disease this week in Melbourne.

The other seven -- including four from the Haas team -- all returned negative results, organisers said. It sparked a crisis meeting between the race organisers, the FIA, teams and Formula One promoters late Thursday to discuss whether Sunday's race should go ahead. "Those discussions concluded with a majority view of the teams that the race should not go ahead," they said in a joint statement just hours before the first official practice session and with fans queueing to get in.

'A big thing for us'

Hamilton's Mercedes was one of the teams that requested the cancellation. "We empathise strongly with the worsening situation in Europe, most especially in Italy, and furthermore we do not feel it would be right to participate in an event where fellow competitors such as McLaren are unable to do so through circumstances beyond their control," it said. European countries that are home to many of the F1 teams and journalists have had a high number of confirmed cases, notably Italy. 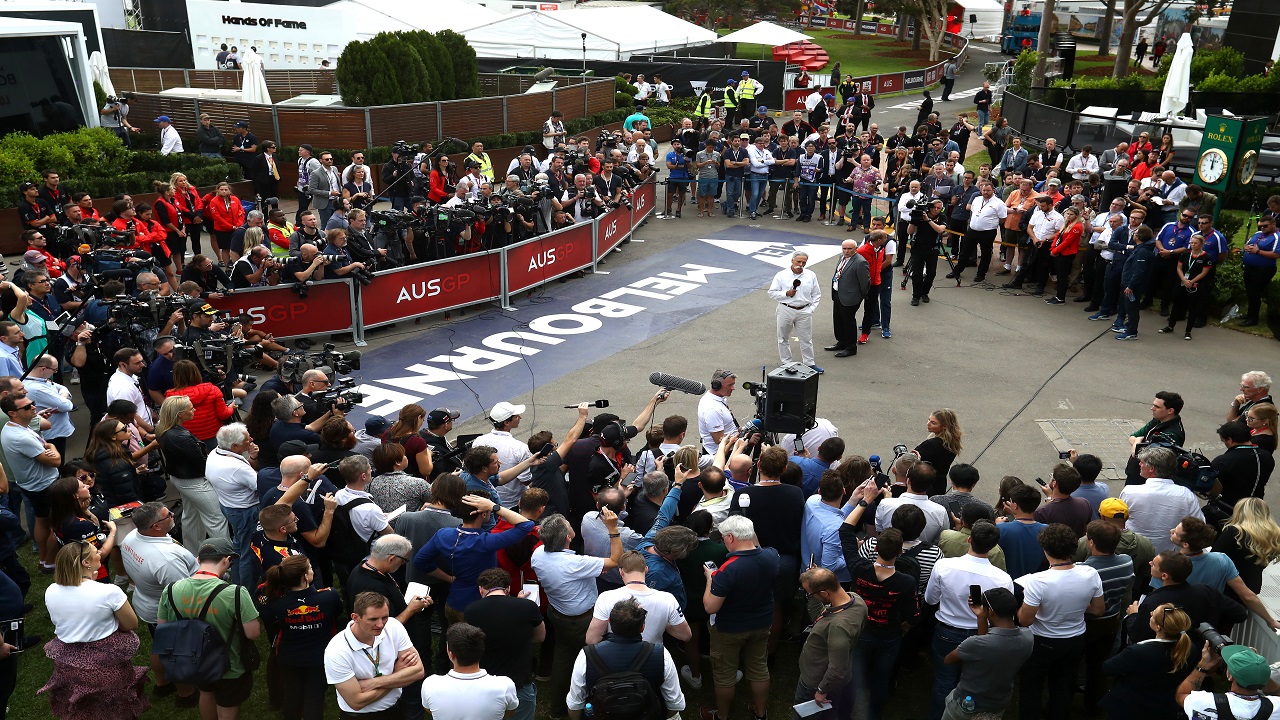 The race was thrown into doubt on Thursday when McLaren pulled out after one of its team members tested positive for the virus. (Image credit: Getty Images)

Hamilton, who is gunning to match Michael Schumacher's record seven world crowns this season, on Thursday said he was stunned the race was still scheduled as fears mount about the spread of the epidemic. "I am really very, very surprised that we're here. I don't think it's great that we have races but it really is shocking that we're all sitting in this room," he said at an official pre-race press conference. "It's a concern I think for the people here. It's quite a big circus that's come here, it's definitely concerning for me."

Haas driver Romain Grosjean was among the first to welcome the decision to call it off. "No race here in Melbourne. Feels like a big thing for us as we prepared very hard for it BUT actually a very small thing compared to the challenge the world is facing right now," he tweeted. "Stay safe everyone and try to fight #Covid_19 as much as you can."

Australia has reported 150 cases of coronavirus so far, including among fans who attended the women's T20 Cricket World Cup final and a Super Rugby match, both in Melbourne last week. Earlier Friday, it was announced that Australia's one-day cricket series against New Zealand starting in Sydney on Friday would go ahead, but without fans.

Formula One teams had already put measures in place to limit interaction between drivers and fans, with autograph sessions replaced by question-and-answer interviews, with selfies banned. Media events were also hit, with large open spaces separating drivers from the press.