Fernando Alonso Is In 16th, More Than Three Hours Behind The Leader, His Compatriot Carlos Sainz With Much Of That Deficit Comes From A Disastrous Second Stage When Alonso Lost His Near Front Wheel And More Than Two And A Half Hours.

Sleeping rough in the Saudi Arabian deserts might be a tough experience for a man used to the luxuries of Formula One, but Fernando Alonso is ready for another challenge on his Dakar debut. The teams will camp among the dunes on Wednesday night after a 534-kilometre slog through the Empty Quarter. "I probably would enjoy more to sleep in a hotel but it is not possible in the marathon stage," the Spaniard said on Saturday, the two-week race's rest day. The two-time F1 world champion, who is driving a Toyota, had warned before the race that he wasn't coming to the Dakar expecting to win. That's just as well, because halfway through the Spaniard is in 16th, more than three hours behind the leader, his compatriot Carlos Sainz. Much of that deficit comes from a disastrous second stage when Alonso lost his near front wheel and more than two and a half hours.

"He had the necessary (equipment) to repair it but he first had to find the wheel because it had careered off into the distance," Jean-Marc Fortin, the head of the Toyota Overdrive team said. "When they found it, it wasn't round but oval."

Alonso, a double winner in Le Mans and a world endurance champion, wanted to check off the Dakar box and then the wheel came off. My first thoughts were hoping that the rally was not over," he said on Saturday. "I didn't want to have a retirement in the second day. I wanted to repair the car and keep going, because I want to be in the Dakar from stage one to the last. I understand that this is part of the Dakar rally."

Despite the lost wheel, punctures, other breakdowns and navigation difficulties, Alonso has managed three top 10 finishes over the first six stages. "It's been a very tense first week for us," he said. "But overall I think there has been very happy days for us."

Coached by the other Toyota drivers, Nasser Al-Attiyah, a three-time Dakar winner, and Giniel de Villiers, who has won once, and by his co-driver Marc Coma, a five-time Dakar motorbike winner, Alonso drove the Rally of Morocco in October as training. For Fortin, Alonso "is proving to everyone that he is starting to master the tools of rally-raid." 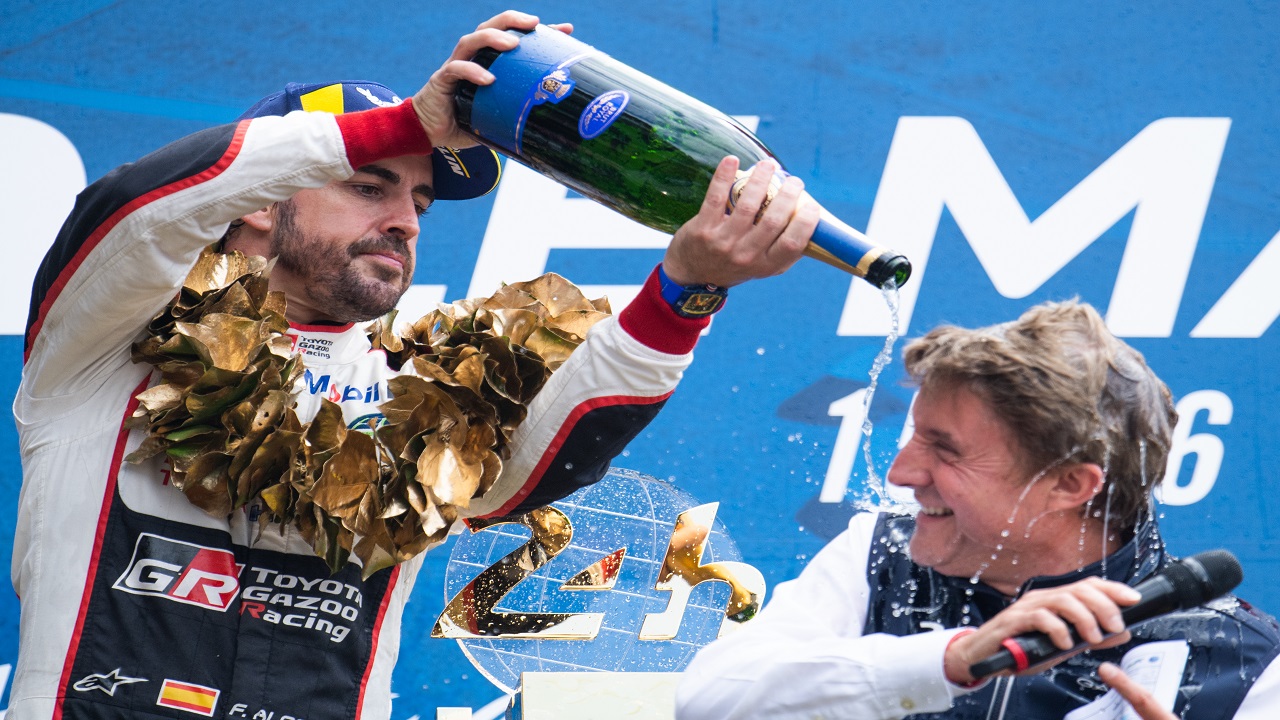 Fernando Alonso, a double winner in Le Mans and a world endurance champion, wanted to check off the Dakar box and then the wheel came off. (Image credit: Getty Images)

Alonso acknowledges that this is a "very different" discipline. "The way you approach every stage," he said. "Here you have many hours in front of you, so the pace you have to take from the beginning is a bit lower than 100 per cent. You have to take care of the car a bit more and adapt to the different terrain. There are a lot of changes in rhythm and in the pace of the stage. You can be 30 minutes at top speed and after that an hour at 30kph between the rocks. This change of pace is very difficult from the driver's point of view."

From Sunday, the second part of the race will offer the competitors a radically different challenge. Where the first week often ran through mazes of mountains and canyons the course will cross endless chains of dunes. "I expect tough stages now," said the Spaniard. "If I can reach the top three in one of the stages, that will be a dream come true."

His dreams could a little disturbed on the night after the marathon stage on Wednesday. Far from the luxury hotels of F1, or the mobile homes of the usual nightly bivouac, the rally will camp in tents in the oilfields at the western end of the Liwa Oasis. "Marc and the team are helping me preparing a small bag that I need to carry for that night. Everything that is happening is new for me...I am very grateful to be living all these things so I will enjoy even that night," Alonso said.