Japan's Football League Became The Latest Sporting Victim Of The Coronavirus, Just Five Months Before The Games And This Has Added To Jitters Around The Olympics As It Called Off Domestic Football Until Mid-March.

J-League chairman Mitsuru Murai called it a "big decision" to temporarily shut down Japanese football, which along with South Korea and China is among the strongest in Asia. (Photo Credit: Getty Images)

Tokyo Olympics organisers said preparations were "continuing as planned" on Tuesday as Japan's football league became the latest sporting victim of the coronavirus, just five months before the Tokyo Olympics Games. The J-League added to jitters around the Olympics as it called off domestic football until mid-March, starting with seven cup games scheduled for Wednesday, as fears of a pandemic grow. But Games organisers said cancelling the July 24-August 9 Tokyo Olympics, which will draw millions of fans and tourists, as well as thousands of athletes and officials, had never been discussed. "We have never discussed cancelling the Tokyo Olympic Games," said a Tokyo 2020 statement sent to AFP. "Preparations for the Games are continuing as planned."

The J-League postponement comes a day after South Korea's K-league was suspended as COVID-19 spreads rapidly beyond China, where nearly 2,700 people have died. The Chinese Super League is also on hold. The virus has cut a swathe through Asia's sporting calendar and although the outbreak is expected to slow as temperatures rise, developments in Japan are being closely watched ahead of the Olympics.

J-League chairman Mitsuru Murai called it a "big decision" to temporarily shut down Japanese football, which along with South Korea and China is among the strongest in Asia. "We have decided to postpone Levain Cup games scheduled for tomorrow and all the official games... scheduled until March 15," he told a news conference. On Monday, a medical panel advising Japan's government warned that the coming weeks will be "critical" in preventing the outbreak from spreading out of control. 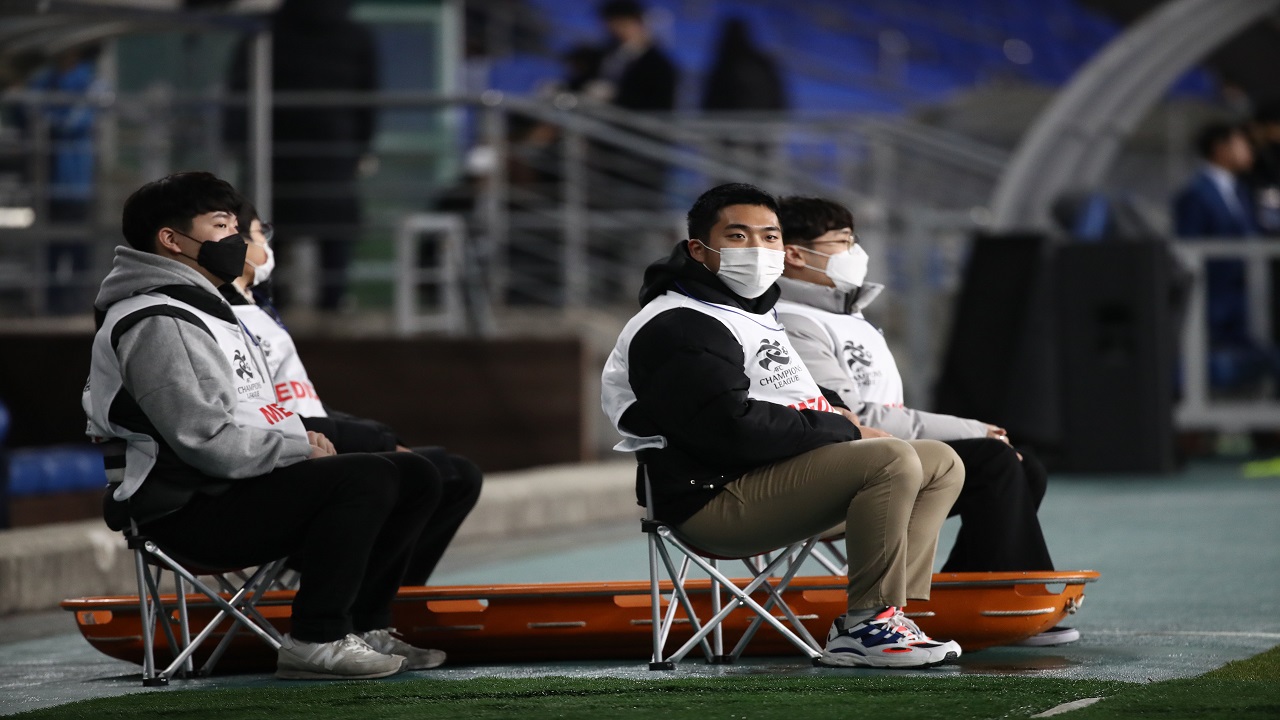 A medical panel advising Japan's government warned that the coming weeks will be "critical" in preventing the outbreak from spreading out of control. (Image credit: Getty Images)

At least 156 people have tested positive in Japan, along with nearly 700 on a cruise ship that was quarantined off the country for two weeks. Four people who fell ill on the ship have died. Domestically, Japan has reported one fatality linked to the virus. Japan's tally is a fraction of the tens of thousands of cases and 2,663 deaths seen in China, where the epidemic emerged in the central city of Wuhan. But officials are exercising caution. Training for Olympic volunteers was suspended over the weekend, and Sunday's Tokyo marathon has been closed to all but elite runners.

'Not reaching that point'

Olympics organisers have repeatedly said they're not considering any changes to the Games, which have been seven years in the planning and are expected to cost 1.35 trillion yen (USD 12.2 billion). "I think we are not yet reaching that point," Tokyo governor Yuriko Koike said on Friday, when asked if the schedule was under review. Earlier this month John Coates, head of the International Olympic Committee coordination commission, also said there was no danger of the Games being cancelled or moved.

"The advice we have received from the World Health Organization is that there is no case for a contingency plan to cancel or move the Games," Coates told reporters in Tokyo. However, a surge in cases and deaths beyond China has fuelled fears about a potential pandemic, with more than 40 deaths reported globally. South Korea, the worst-hit country apart from China, suspended the start of the K-league season on Monday, and on Tuesday the world team table tennis championships, scheduled for Busan in March, was also postponed.

South Korean football teams FC Seoul and Ulsan Hyundai will play next week's games in the AFC Champions League, Asia's top club competition, behind closed doors. Japan has three teams in the competition, but none of them is scheduled to play again until April. Several Olympic qualifying events are among the long list of postponements and cancellations in Asia, as are Formula One's Chinese Grand Prix and the Hong Kong Sevens rugby.

The Vietnam International Challenge badminton, an Olympic qualifier, was shifted from late March to early June, the Badminton World Federation said on Tuesday. The disruption has now spread further afield with Italy, which reported its seventh death on Monday, postponing a number of football matches, and playing others behind closed doors.