The Delay, Which Came After Weeks Of Olympic Organisers And Officials Insisting The Sporting Extravaganza Would Go Ahead Despite The Soaring Number Of Virus Infections Globally, Leaves The Industry In Limbo As They Wait For A New Date To Be Set For 2021.

Japan's hotel industry has been devastated by the spread of the coronavirus with bookings down by as much as 90 percent year-on-year in the March-April period. (Photo Credit: Getty Images)

The shock postponement of the Tokyo 2020 Olympics has dealt a savage blow to Japan's hotels and tourism industry, already reeling from the impact of the coronavirus pandemic. Many operators have seen bookings decimated by the virus and had been clinging to the hope that the Games would help them claw back this year's losses. "This is an enormous shock for us, with sales in many of our member hotels already down by half because of plunging demand for tourism, not only from abroad but also inside Japan due to the coronavirus," said Shigemi Sudo, secretary general of the Tokyo Hotels and Ryokans Association. "Many rooms are going to be cancelled, and it will be difficult to fill those empty rooms with new customers given the situation," he said.

The delay, which came after weeks of Olympic organisers and officials insisting the sporting extravaganza would go ahead despite the soaring number of virus infections globally, leaves the industry in limbo as they wait for a new date to be set for 2021. Like the rest of the world, Japan's hotel industry has been devastated by the spread of the coronavirus with bookings down by as much as 90 percent year-on-year in the March-April period, according to a survey by the Japan Tourism Agency. The agency is fielding calls from struggling businesses across the country.

"The most frequent consultation requests we've received are about cash-flow difficulties and maintaining employment," an official told AFP. Keio Plaza Hotel in Tokyo's busy Shinjuku district -- home to the victorious Springboks during the Rugby World Cup -- said it began receiving cancellation calls shortly after the delay was announced. Its woes are compounded by the fact that a part-time worker at the hotel contracted the virus, forcing a deep clean of the vast building in one of Tokyo's busiest districts. "We hope to play a role (in hosting visitors for the postponed Olympics), but there's nothing we can say now," a hotel spokeswoman said. 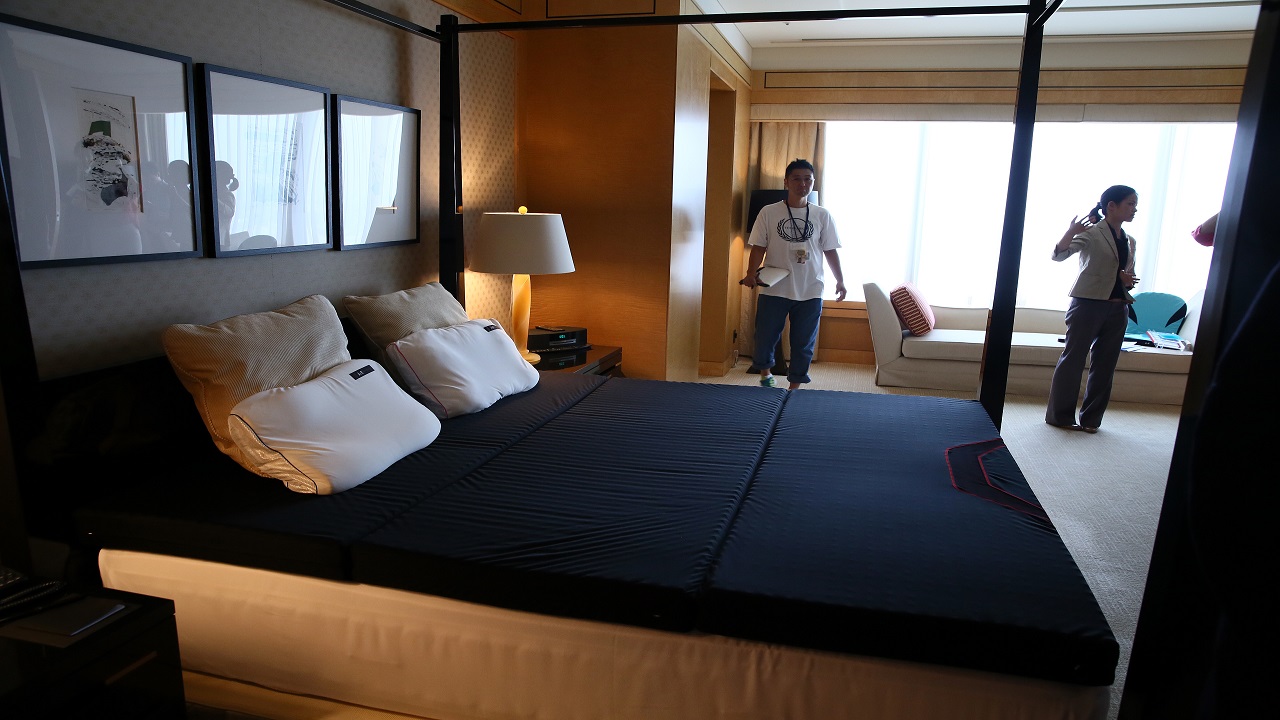 The Imperial Hotel in central Tokyo had been block-booked by Tokyo 2020 organisers for the original dates of the Games, which were due to open on July 24, and said it was now waiting for guidance. Even before the postponement it had been struggling with the "grave impact" of a downturn in tourism because of the pandemic, and had slashed its net profit forecast for the fiscal year ending this month by 37 percent.

For hotel chains such as Via Inn, the situation has caused unprecedented conundrums in recouping losses and filling hotel rooms. "Normally we'd be able to collect cancellation fees, but in this case it isn't the fault of our customers, so we can't request that," a spokesman told AFP. "I don't know if we can negotiate with Olympic officials about compensation or not."

Just months ago, JTB, one of Japan's largest tour agencies, was selling Olympic packages bundling trips to Tokyo with tickets. Now they too are in a holding pattern, waiting for guidance. Tokyo Olympic organisers are aware of the gargantuan task ahead of them, and the many businesses and individuals waiting on their decisions.

"I think we are racing against time," Tokyo 2020 chief executive Toshiro Muto said Thursday at the first meeting of a taskforce convened to organise the rescheduling. Olympic officials themselves will face a headache rebooking rooms and halls for next year. A decision on the new dates is reportedly expected in the next three weeks.

"Generally speaking, reservations for event halls -- for example for wedding parties -- start six months to 12 months before," the Via Inn spokesman warned. But for all the hardship, there is one silver lining -- the prospect of at least recovering some losses when the rescheduled Games go ahead. "There is no one to blame, and we think the postponement is a better decision than cancellation," said Sudo of the Tokyo Hotels and Ryokans Association.