A Five-time Asian Champion Besides Being A Gold-medallist At The Commonwealth And Asian Games, Mary Kom Would Be Competing In Her Last Olympic Games If It Goes Ahead As Scheduled In July-August In Tokyo.

MC Mary Kom says the forced slowdown of life as usual has also redefined the meaning of freedom for her. (Photo Credit: Getty Images)

The COVID-19 pandemic has isolated her from the world outside but iconic Indian boxer MC Mary Kom says the forced slowdown of life as usual has also redefined the meaning of freedom for her. Mary Kom has self-isolated at her Delhi residence since returning from this month's Asian Olympic Qualifiers in Jordan where she booked herself a second Olympic berth. The precautionary measure was necessitated by a training trip to Italy before landing in Jordan even though the entire Indian team got COVID-19 negative certificates from the IOC. "I am chilling, doing my exercises, taking care of my fitness and playing with my children after being away from them for almost one month," Mary Kom told PTI in an interview. "That's the best part of this isolation, I am with my family through the day without having to think of anything. My appeal to everyone is don't panic, try and stay at home if you can and spend time with your family," she said. "In my case, I have felt a sense of freedom with this isolation. I have realised that I am not feeling the stress of a daily schedule right now."

The six-time world champion is also a sitting Rajya Sabha MP. Does she miss not being in Parliament when it is in session, given that she is among the most regular MPs? "I hope to attend the last few days of the session. My isolation is till end of this month. Parliament will function for a few more days after that," she said referring to the schedule of the ongoing budget session which runs till April 3. "Right now, all I know is that my children are very happy.

For 10-15 days, they have got their mom and that too without any interruption," she quipped. Relaxed she might be at home but Mary Kom said she understands the fear of the virus outbreak, which has killed more than 9,000 people globally. In India four have died so far and the number of positive cases stands at more than 190 now. "My children, out of innocence, ask me, 'mama this virus will stay na?' They are happy being at home playing and missing school but I know how serious it is. It is a scary situation and I hope everyone follows the health guidelines. It is crucial that everyone does," she said. "That's the only way we can save ourselves. Everyone has to be careful," she added. "The precautions that I am taking include not giving appointments to anyone right now," she further stated.

A five-time Asian champion besides being a gold-medallist at the Commonwealth and Asian Games, Mary Kom would be competing in her last Olympic Games if it goes ahead as scheduled in July-August in Tokyo. There are growing concerns about the Games' fate with several current and former athletes demanding that IOC put their safety first. The IOC, however, has resolutely stated that the quadrennial showpiece will go ahead on time despite the current crisis. 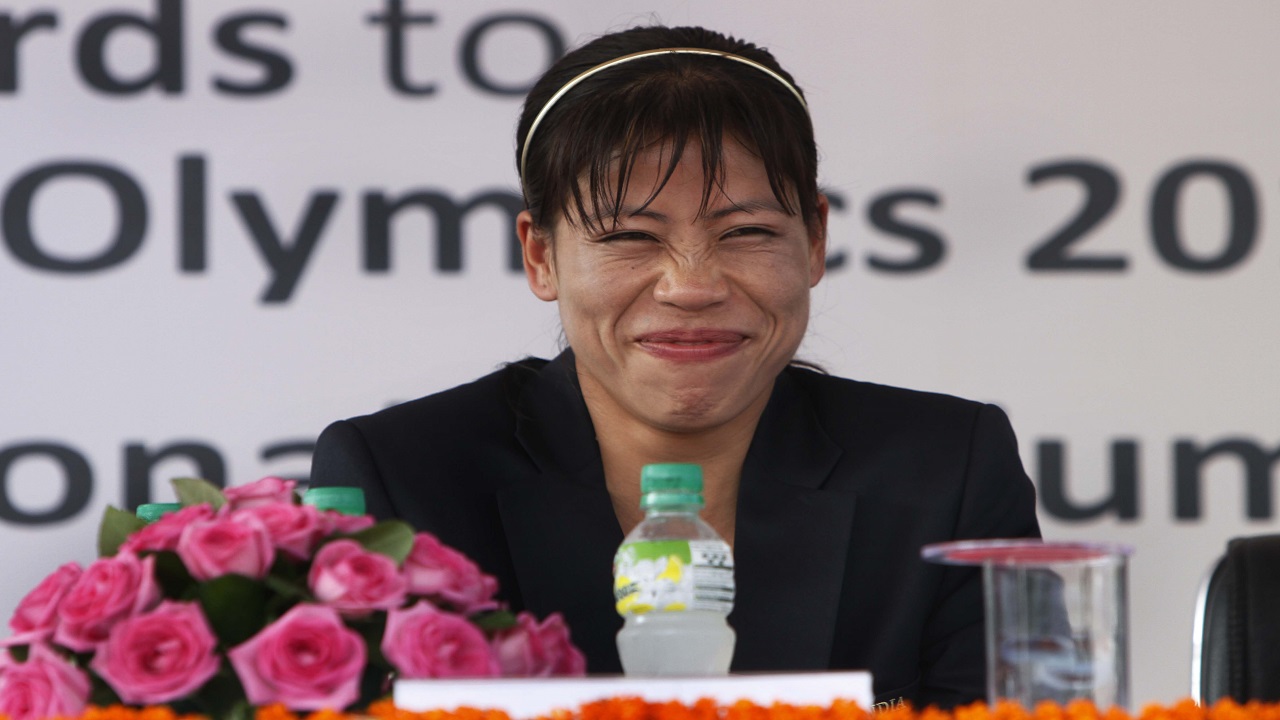 "I don't think the Games will be postponed or cancelled. It is too huge an event to be shifted just like that. It will cause chaos. In any case, it's not in my hands. So, it's better I don't say much," she said. But will the current situation, in which travel restrictions by most countries have nearly brought the world to a halt, have a bearing on her preparations for Tokyo?

"Some planning is required. I haven't yet made up my mind, Training here is also pretty smooth. There is nothing missing. We will see how the situation is in the next couple of weeks before deciding on whether going outside is an option," she explained. "Till then, everyone please stay at home and don't forget to wash your hands," she laughed.