Max Verstappen Twice Passed Newly-crowned Six-time World Champion Lewis Hamilton In A Thrilling Contest That Had Two Safety Car Interventions And Saw The Ferraris Of Sebastian Vettel And Charles Leclerc Clash And Retire, Before Clinching The Eighth Victory Of His Career.

Max Verstappen underlined his potential as a champion of the future with a commanding victory for Red Bull in an astonishing and crash-hit Brazilian Grand Prix at Interlagos. The 22-year-old Dutchman on Sunday twice passed newly-crowned six-time world champion Lewis Hamilton in a thrilling contest that had two safety car interventions and saw the Ferraris of Sebastian Vettel and Charles Leclerc clash and retire, before clinching the eighth victory of his career. His third win this season also made up for his disappointment in last year's race in Brazil when he looked certain to win before a late accident wrecked his hopes of victory. He made the most of pole position and finished a dominant winner ahead of his former Red Bull team-mate Pierre Gasly, now with Toro Rosso, as they delivered a Honda-powered one-two for the Japanese company for the first time since the heyday of local hero Ayrton Senna.

Frenchman Gasly came home 0.062 seconds ahead of Hamilton, who finished third for Mercedes but was demoted to seventh following a post-race stewards' investigation after crashing with luckless Thai driver Alexander Albon, the man who replaced Gasly at Red Bull, in the final laps. Hamilton's demotion gifted McLaren's Carlos Sainz his first Formula One podium, subject to several other stewards' inquiries. "Lewis was very quick," said Verstappen. "So I had to keep pushing all the time. He pitted early so we had to be on top of our pit-stops and we had a good move on him. I could control the race with the tyres I had, so, for me, it was unbelievable. It was a lot of fun out there and great to win the race."

He said his decisive second overtake of Hamilton was achieved thanks to his superior speed in the rarefied atmosphere of the 700-metre altitude Interlagos circuit. "I was behind so I was pushing flat out on my out lap," he said. "We knew we had great top speed the whole weekend -- but that was a guess -- and I'm very happy to have got past him!" Gasly screamed with delight at his good fortune on his slow-down lap. This is my first podium in F1 and, for sure, I will never forget it," he said. It's such a special moment. So emotional...Toro Rosso have given me such a fantastic car since I came back. This is an amazing day... I was praying for the engine to give everything it had -- without Honda, it would not have been possible." 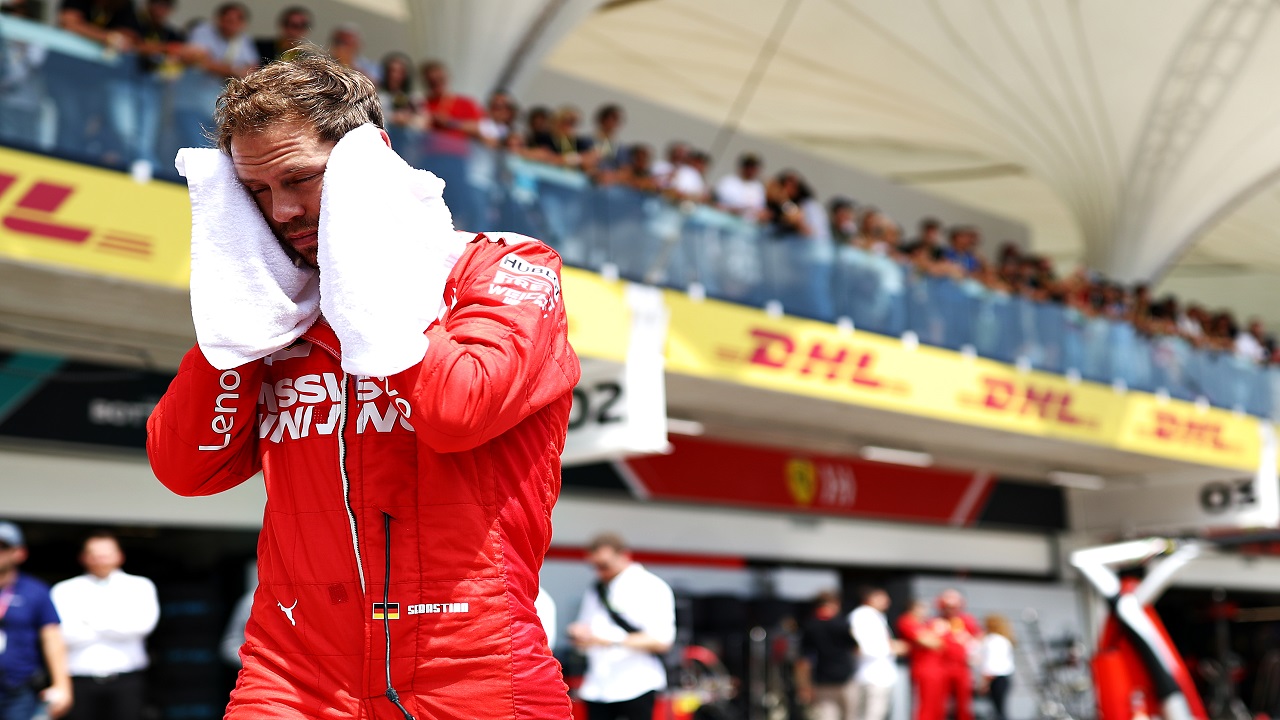 Hamilton was handed a five-second penalty and two points on his racing licence. "I fully accept it was my fault and I accept the penalty," said the Mercedes driver. "I was the driver behind and it was my mistake. I apologise massively to Alex -- the gap was there, but it closed pretty quickly. It was completely my fault and I hold my hands up."

Albon, who looked certain to finish on the podium, came home 15th. Sainz finished fourth on the road for McLaren ahead of the two Alfa Romeos of Kimi Raikkonen and Antonio Giovinazzi, seventh-placed Daniel Ricciardo of Renault and Lando Norris in the second McLaren. Sergio Perez of Racing Point finished ninth and Daniil Kvyat was 10th in the second Toro Rosso, but all of the results were subject to revision as the stewards investigated a string of incidents late into the evening.