MC Mary Kom Pulled No Punches As She Lambasted Critics And Challengers After Securing Her Second Olympic Appearance, Saying Those Who Bring Politics Into Sports Should Remember That It's Performance That Creates Legacy, Not Big Statements.

Mary Kom (51kg) also said her experience of over two decades will be her biggest weapon against younger opponents in Tokyo Olympics 2020. (Photo Credit: Getty Images)

Indian boxing icon MC Mary Kom pulled no punches as she lambasted critics and challengers after securing her second Olympic appearance, saying those who bring politics into sports should remember that it's performance that creates legacy, not big statements. Speaking to PTI from Amman, Jordan after booking her Olympic berth by making the semifinals of the Asia/Oceania Qualifiers, Mary Kom (51kg) also said her experience of over two decades will be her biggest weapon against younger opponents in Tokyo Olympics 2020. She ended with a bronze at the qualifiers.

"It is huge for me. I feel as if I have proved myself. It really means a lot and a huge weight is off my shoulders. I hope it changes mindset of people who are against me, people who try to manipulate and bring politics into sport," the 37-year-old six-time world and five-time Asian champion said. "...talking outside the ring can only fetch headlines. Those headlines will be forgotten and after that, it's just the performance. If you talk big and the results don't add up, it will hurt you in the long run. So let your punches do the talking and create a legacy that won't be forgotten," she added.

Her reference was to the selection controversy that preceded the qualifiers when former junior world champion Nikhat Zareen sought Sports Minister Kiren Rijiju's intervention while demanding a trial bout against the Manipuri. The ill-tempered and hyped trial bout was won by Mary Kom. "Politics should not dictate sports. It is not good for India. I am just thankful to god that I could prove that I am right, that I am worthy," said the boxer whose maiden Olympic appearance was in 2012 when women's boxing made its debut at the Games. She brought home a bronze that year.

"I have never done anything bad to anyone. I respect everyone, senior or junior, doesn't matter to me. But when I am questioned the way I was, it is irritating for me. There should be respect, that's all. Be nice and I will be nice to you," she added. "Again and again and again, I am just dragged. I can say a lot but that negativity is behind me. I have proved myself inside the ring and I would let the matter rest. I am looking forward to my second Olympics," she further said referring to similar past furores involving Pinki Jangra and L Sarita Devi. 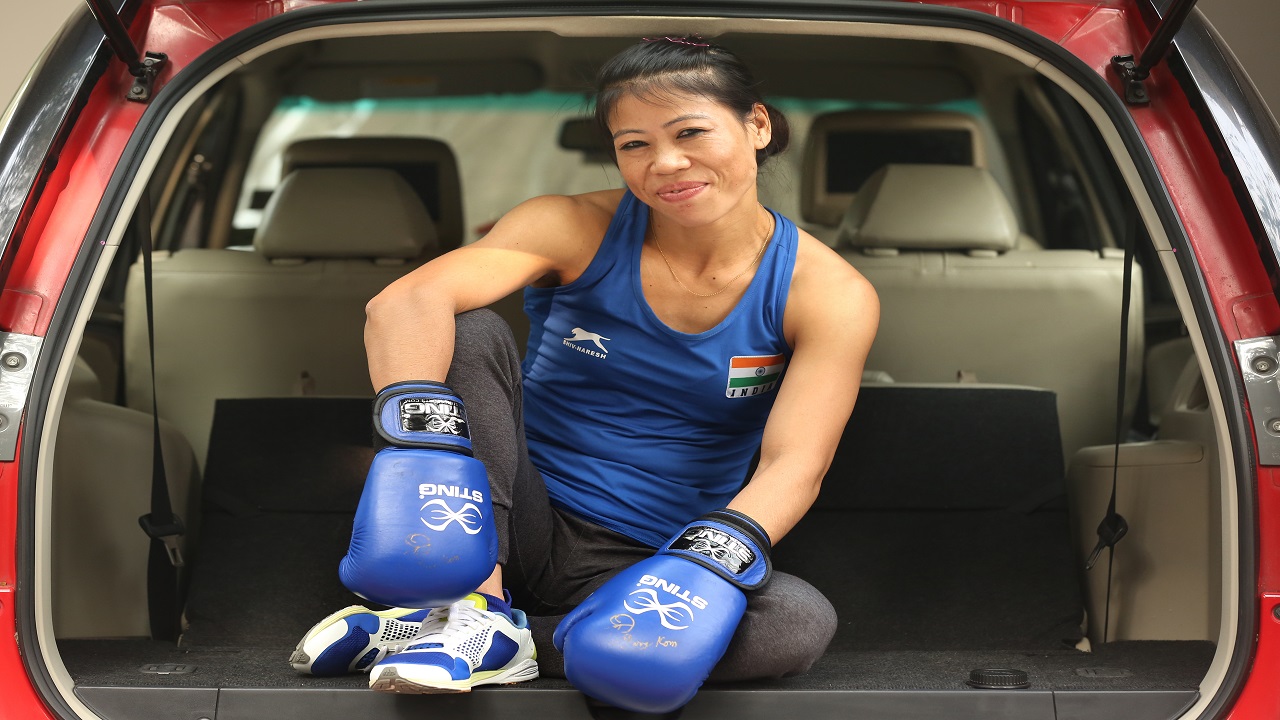 Mary Kom feels her experience of over two decades will help her reach the podium for a better medal than 2012. (Image credit: Getty Images)

Talking about Olympics, Mary Kom feels her experience of over two decades will help her reach the podium for a better medal than 2012. "Experience allows me to control the pace of bouts. I face a lot of aggressive and fast girls now but what they don't have is experience and I ensure that it becomes my biggest weapon. You can be the fittest and the fastest boxer around but I will always have the experience to dictate how the bout goes. This is what is going to be my biggest advantage at the Olympics," she said. But what about the uncertainty looming on the fate of the Olympics due to the global novel coronavirus outbreak, which has left over 4,000 dead and more than 100,000 infected.

"Of course I am concerned, it has spread so widely. We have to be careful, not just me but all the athletes. I have heard about the speculation that the Olympics might be cancelled. But What can I say? It's not in my hands but I am confident that this will be brought under control and the Olympics will be held as scheduled. Let's see what happens," she said. Will it have a bearing on her training plans given that travelling outside for it may not be an option due to the coronavirus threat. "...I will see about that. I will have a discussion with my coach (Chhote Lal Yadav) and figure out my plan after that," she said.

The Tokyo Olympics will also be her last. Given the enormity of her achievements, it is bound to be an emotionally overwhelming campaign in Tokyo. But Mary Kom said there is lots to take care of before she can allow emotions to step in. "It will be emotional no doubt. There will be lots of pressure as well and it will not be easy to deal with all that," she said. "But I will try my best like always. In fact, I will rather just focus on getting the results I want, the emotions can wait for until after that," she added.