NBA Suspended For Close To One Month Due To Coronavirus Pandemic

The NBA Suspended Play On Wednesday Night After Utah Jazz Center Rudy Gobert Tested Positive For The Coronavirus, Or COVID-19 While A Second Jazz Player, Donovan Mitchell, Said That He Has Also Tested Positive.

The 30-day minimum hiatus would mean no games in the NBA until at least April 10. (Photo Credit: Getty Images)

NBA Commissioner Adam Silver said Thursday night that the league's hiatus because of the coronavirus pandemic will likely last at least a month, or roughly what would have been the remainder of an uninterrupted regular season. "What we determined today is that this hiatus will be, most likely, at least 30 days," Silver said on TNT's "Inside The NBA" while making his first public comments since the league suspended play on Wednesday night after Utah Jazz center Rudy Gobert tested positive for the coronavirus, or COVID-19. A second Jazz player, Donovan Mitchell, said Thursday that he has also tested positive. Later, in an open letter to NBA fans, Silver said. "We intend to resume the season, if and when it becomes safe for all concerned." Silver did not say if the league intends for the regular season to resume or if the NBA, should it return to action, would immediately go into postseason play.

It's also unclear if play will be able to resume with fans in the stands, something the league's owners were willing to go without prior to Gobert's diagnosis and the escalation of the coronavirus situation. The 30-day minimum hiatus would mean no games until at least April 10. Silver said, "The league and the players association will have to continue determining what makes sense here without compromising anyone's safety and I think it's frankly too early to tell," Silver said. The regular season was to go until April 15, with the playoffs scheduled to start on April 18 and the NBA Finals to begin June 4.

The NBA's 30-day plan was decided on the same day that Major League Soccer announced a 30-day shutdown in response to the virus, that Major League Baseball said opening day would be delayed at least two weeks and the NHL began what it called a pause in its season. "This literally changes hour-by-hour in terms of what we know," Silver said. Silver was also asked on TNT if the season may be over. "Of course it's possible," Silver said. "I just don't know more at this point." Meanwhile, NBA great and longtime commentator

Charles Barkley was not on the 'Inside The NBA' broadcast Thursday night and revealed that he is self-quarantining for 48 hours because he has not felt well since a recent trip to New York. Barkley said he has been tested for COVID-19 and has not yet received the results. "This thing is so scary," Barkley said. For now, NBA players have been told to remain in their home market through at least Monday. Some teams such as the Toronto Raptors that are self-quarantining would, in theory, need to remain place for longer and speak to a team physician or team athletic trainer once daily. Group workouts and practices are not being permitted yet.

In most cases the new coronavirus causes only mild or moderate symptoms, such as fever and cough. For some, especially older adults and people with existing health problems, it can cause more severe illness, including pneumonia. The vast majority of people recover from the new virus; in mild cases it can take about two weeks, in more severe cases it can take 3-6 weeks. 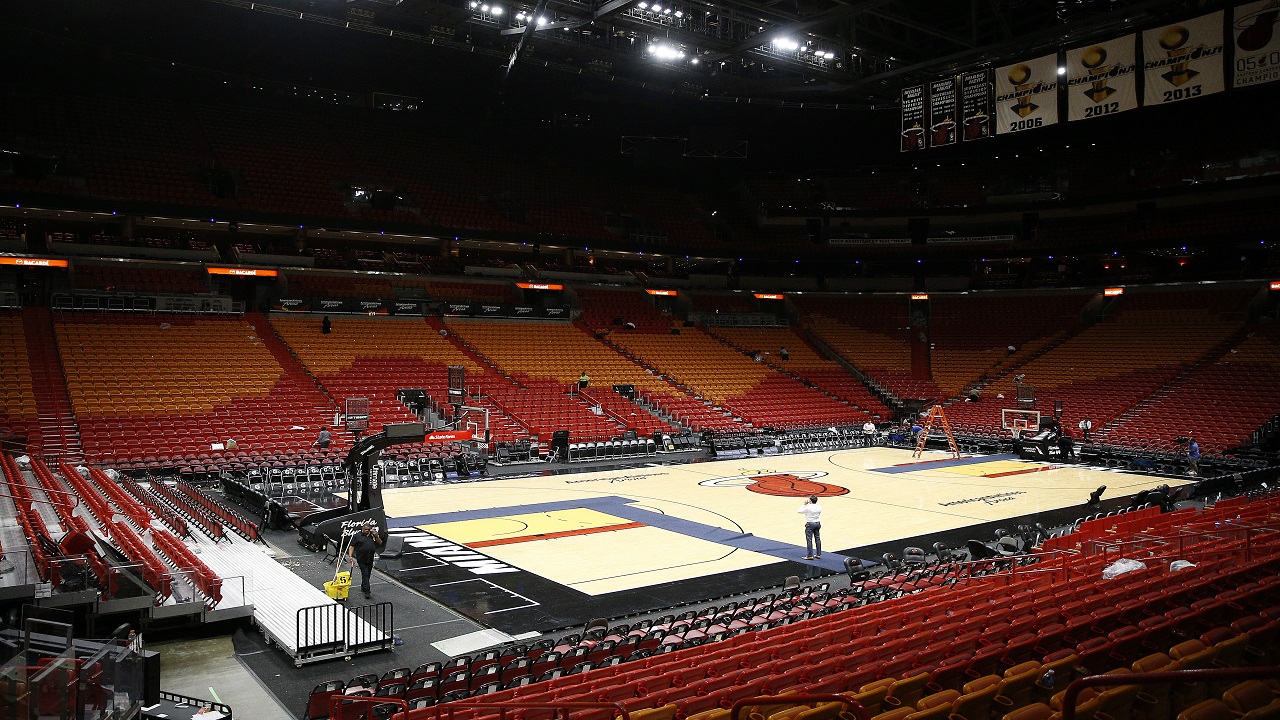 Shutting down could cost the league hundreds of millions in revenue such as tickets sold, concessions and purchases of souvenirs and merchandise. (Image credit: Getty Images)

"This remains part of a complicated and rapidly evolving situation that reminds us that we are all part of a broader society with a responsibility to look out for one another," Silver wrote. "That is what the NBA will continue to do, and we are grateful for your understanding and for being the best fans in sports." There are 259 games left unplayed on this season's schedule. If the regular season is not resumed, that would be the second-largest number of games missed in league history.

The 2011-12 season was shortened by a total of 240 games because of a lockout that wound up trimming 16 games from each team's schedule. The 1998-99 season lost 464 games because of another lockout where teams wound up playing a 50-game schedule. Shutting down could cost the league hundreds of millions in revenue such as tickets sold, concessions and purchases of souvenirs and merchandise, adding to the financial concerns of a year where the league lost as much as USD 400 million, by its own estimate, after a rift last fall that started with a tweet by Houston Rockets general manager Daryl Morey in support of anti-government protesters in Hong Kong. It also could cost players as well.

What is called a 'Force Majeure Event'? the legal term for unforeseeable circumstances, such as an epidemic or pandemic could come into play. Per the Collective Bargaining Agreement, players could lose 1.08 percent of their annual salary for each game missed. That means Stephen Curry of the Golden State Warriors, the league's highest-paid player this season, could lose about USD 435,000 for each game that ultimately is not played.

A player who had a two-way contract converted to a regular NBA deal for this season would stand to lose about USD 9,700 per game. Also Thursday, the NBA 2K League announced that its scheduled March 24 start would be delayed and that its teams would compete in preseason tournaments remotely to prepare for the season.