The NBA's Move Followed A Dramatic Last-minute Postponement Of Utah's Scheduled Game Against The Thunder In Oklahoma City, League Officials Taking Action After Deliberating During The Day How Best To Proceed In The Face Of The Outbreak.

Mounting concern over the possible spread of COVID-19 also prompted Canadian authorities to cancel the World Figure Skating Championships, which were due to take place in Montreal from March 16-22. (Photo Credit: Getty Images)

Sport across the United States and Canada was gripped by coronavirus fears, with the NBA suspending its season after a Utah Jazz player tested positive for COVID-19. The NBA's move followed a dramatic last-minute postponement of Utah's scheduled game against the Thunder in Oklahoma City, league officials taking action after deliberating during the day how best to proceed in the face of the coronavirus outbreak. "The NBA is suspending game play following the conclusion of tonight's schedule of games until further notice," the league said. "The NBA will use this hiatus to determine next steps for moving forward in regard to the coronavirus pandemic." The move came days after the Indian Wells tennis tournament in California became the first high-profile casualty of the crisis.

Mounting concern over the possible spread of COVID-19 also prompted Canadian authorities to cancel the World Figure Skating Championships, which were due to take place in Montreal from March 16-22. The decision came after escalating anxiety about the potential for unchecked transmission of the virus among fans attending sporting events. Shortly after the NBA's decision, the NHL said it would update the status of its season on Thursday.

"The National Hockey League is aware of the NBA's decision tonight to indefinitely suspend its season due to a player testing positive for the coronavirus," the NHL said in a statement. "The NHL is continuing to consult with medical experts and is evaluating the options. We expect to have a further update (Thursday)." Pending league-wide action, the NHL's San Jose Sharks said they would play the three home games remaining this month without fans after a ban on mass gatherings in Santa Clara County in California.

The Santa Clara County edict also forced the postponement of a March 21 Major League Soccer game between the San Jose Earthquakes and Sporting Kansas City. The NHL's Columbus Blue Jackets said they would host the Pittsburgh Penguins on Thursday behind closed doors after an order banning mass gatherings in Ohio, set to be the first major professional sports event to be played in an empty arena. The San Francisco Giants baseball team said a planned pre-season game against the Oakland Athletics on March 24 would be rescheduled.

In Washington state, authorities announced a ban on all gatherings of more than 250 people in three counties until at least the end of March, including the area which covers Seattle. 'More aggressive position' "It is clear that our state needs a more vigorous and more comprehensive and more aggressive position if we are going to slow the spread of this epidemic," Washington governor Jay Inslee said. The MLS's Seattle Sounders later said a game against FC Dallas on March 21 had been postponed. 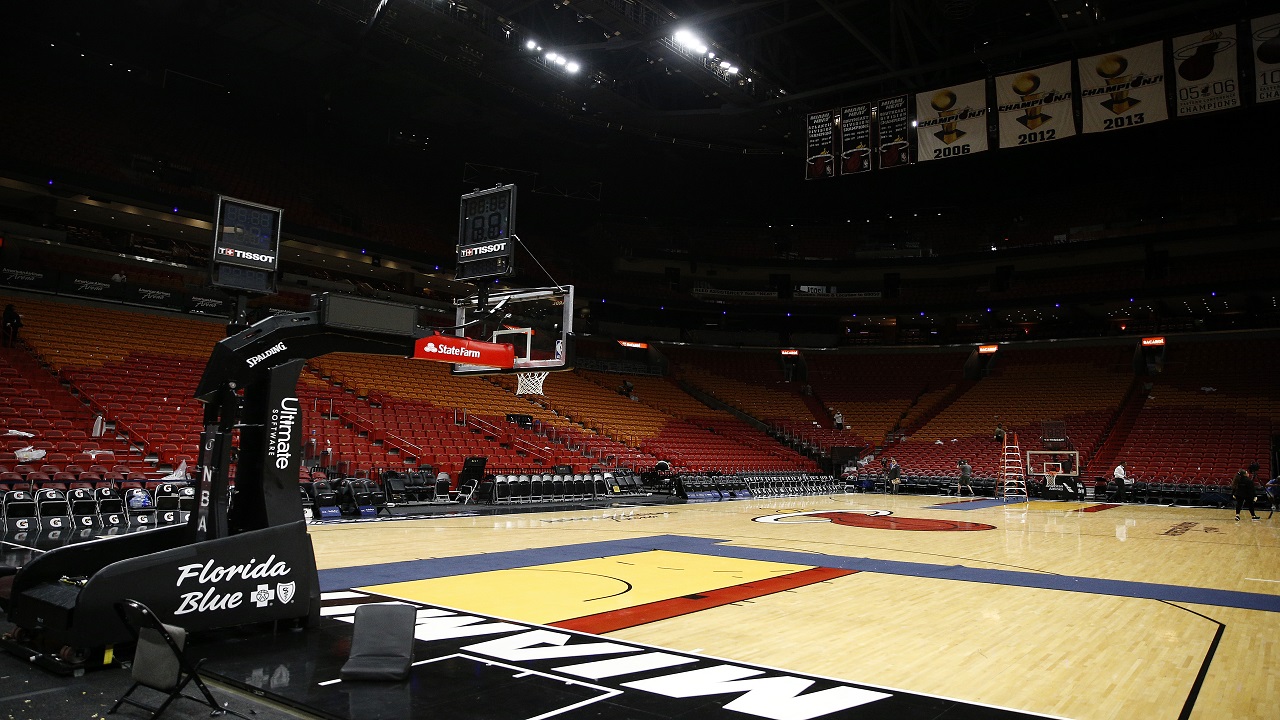 The Seattle Mariners baseball team said they would seek to reschedule the club's opening home games of the 2020 season, which had been set for late March. Meanwhile, the wildly popular climax to the US college basketball season -- "March Madness" -- will be played in virtually fan-free arenas after the NCAA said only relatives and essential personnel would be allowed at games. "I have made the decision to conduct our upcoming championship events, including the Division I men's and women's basketball tournaments, with only essential staff and limited family attendance," National Collegiate Athletic Association (NCAA) president Mark Emmert said.

The NCAA took the unprecedented move after consulting public health officials. Anthony Fauci, head of the National Institute of Allergy and Infectious Diseases, told a US Congressional panel in that the agency believed any large gatherings of people represented a risk of COVID-19 spreading. "We would recommend that there not be large crowds. If that means not having any people in the audience, as the NBA plays, so be it," Fauci said. "Anything that has large crowd is something that would give the risk to spread." Johns Hopkins University's coronavirus tracker put the number of known US cases at around 1,300, with 36 dead.

Golf's US PGA Tour said Wednesday it has no plans to postpone its schedule, but added it has not ruled anything out either. The Players Championship tournament is set to start on Thursday. "The Players Championship will continue as scheduled, although we will absolutely continue to review recommendations from the Centers for Disease Control, World Health Organization and local health administrations," the statement said. "Players in the field have been notified to be prepared to play round 1, as scheduled." The Tour said it would provide a further update on Thursday.