Ravi Ravi Had Shown At The 2019 World Championship In Nur Sultan, Kazakhstan, That He Is One For The Future, And He Proved It Again At The KD Jadhav Indoor Stadium.

Ravi Dahiya impressed with a gold-winning effort at the Asian Wrestling Championship but India's biggest Olympic medal hope Bajrang Punia looked good until he ran into Japanese Takuto Otoguro in his final in New Delhi on Saturday. In a strong show by the home wrestlers, four of them reached the finals but only Ravi Dahiya stood on top of the podium, with a scintillating show in the 57kg. Ravi Dahiya had shown at the 2019 World Championship in Nur Sultan, Kazakhstan, that he is one for the future, and he proved it again at the KD Jadhav Indoor Stadium. His agility, tactic and a strong will all came together and resulted in a tremendous performance. Apart from Bajrang Punia (65kg), Gourav Baliyan (79kg) and Satyawart Kadiyan (97kg) also had to be content with silver medals. World number two Bajrang entered the event as defending champion and conceded only two points on his way to the final but could not avenge his defeat to Otoguro in the 2018 World Championship title clash.

At that time his leg defence was a huge issue but on Saturday he lost in a different manner. In the fast-paced bout, Bajrang's leg defence was not a problem but he lost points on smart counter-attacks by Otoguro. Much to the shock of home fans, Bajrang suffered a comprehensive 1-10 defeat against the world number nine. Bajrang could score just one point on push-out even as Otoguro kept strengthening his lead with tremendous tactical acumen and power. An upset Bajrang said he could not fight the way he wanted. "It was important to fight with all these wrestlers because I will wrestle with them at the Olympics. I have taken my lessons from this. I could not fight as I wanted. It was a very different fight. His counter-attacks were good and this is an area I need to work on to," he said. Bajrang's coach Shako Bentinidis admitted that Otoguro emerged stronger.

"Bajrang was slow, Otoguro was stronger. But I am happy with silver. It's difficult to maintain intensity and a high level of performance for two years. We still have five months and he remains a contender at Olympics," Bentinidis said. "If you see all top wrestlers even in Europe have slowed down a bit. It's happening now and not two weeks before the Olympics, so it's okay. Wrestling is tough, it's not like football or basketball. In 65kg all wrestlers are almost at the same level," he said.

Poor leg defence and conceding a big lead in the first period troubled Bajrang for some time but none of them cropped up on Saturday as he remained strong from the beginning. He won all his bouts by technical superiority, beating Tajikistan's Dzhamshed Shafirov, Uzbekistan's Abbos Rakhmonov and Iran's Amirhossein Azim Maghsoudi. In 57kg, Ravi, who is fast emerging a strong contender for the Tokyo Games, too, put up a strong show, beating 2017 World champion from Japan Yuki Takahashi (14-5) before pinning Mongolia's Tugs Batjargal in the quarterfinals. 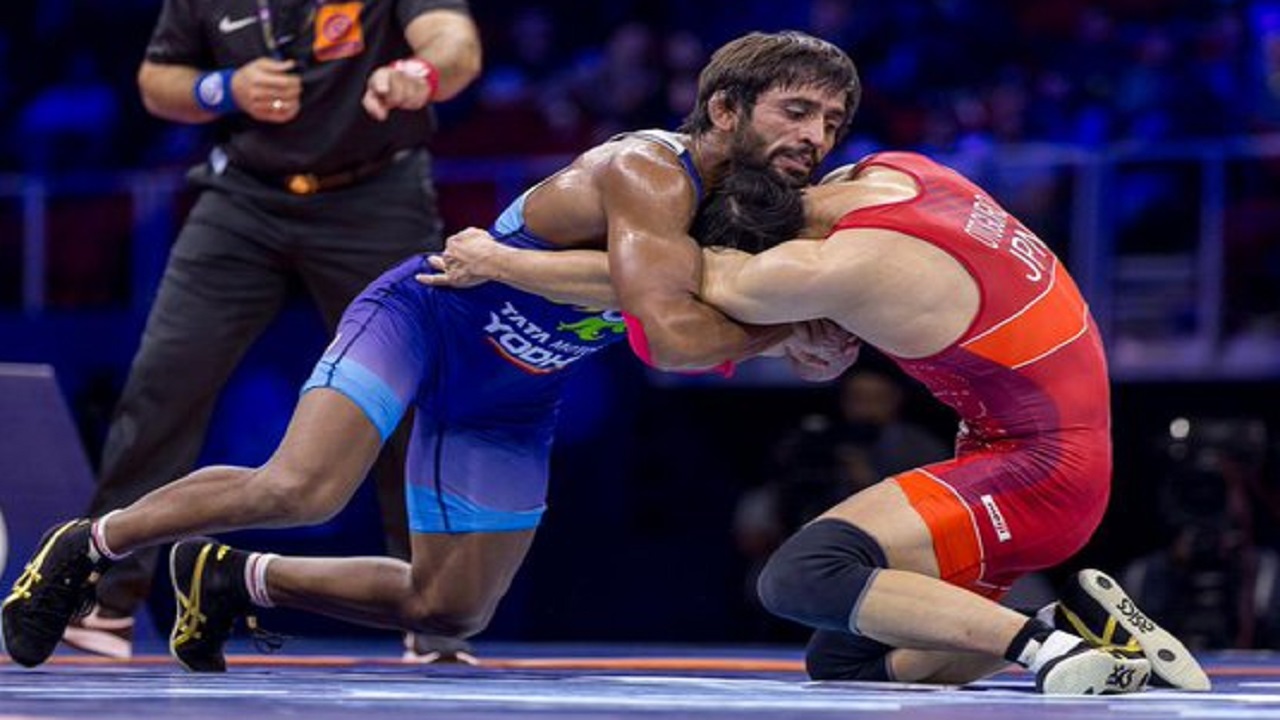 In the semifinal, Uzbekistan's Nurislam Sanayev too could not challenge Ravi much. In the final against Tajikistan's Hikmatullo Vohidov, the world championship bronze winner from India claimed the gold with ease, registering a victory by technical superiority. "I am doing well and hopefully we will come up with a good performance at the Olympics too. The key for me is to stay injury-free as of now," said Ravi.

Satyawart was outplayed by Iran's Mojtaba Mohammadshafie in the final on technical superiority, but Gourav fought his heart out before losing to Arsalan Budazhapov of Kyrgyzstan. Of the five Indians in action, it was only Naveen who missed out on a final appearance, in the 70kg category. He lost his semifinal to Iran's Amirhossein Ali Hosseini 2-3. Later, he lost his bronze medal play-off to Kazakhstan's Meirzhan Ashirov.