Sushil Kumar Was Struggling To Make The Cut For The Tokyo Olympics, Postponed To 2021 Owing To The Global COVID-19 Pandemic And The Event, Which Was Originally Scheduled For July-August This Year Was Expected To Be His Swansong.

Sushil Kumar competes in the 74kg category in which India is yet to lock an Olympic quota. (Photo Credit: Twitter)

"People have this habit of writing me off every now and then but it does not affect me," says veteran wrestler Sushil Kumar, quashing talk of retirement and insisting that postponement of Tokyo Olympics has given him a very good shot at qualifying for his fourth Games. The 36-year-old was struggling to make the cut for the Olympics, postponed to 2021 owing to the global COVID-19 pandemic. The showpiece, originally scheduled for July-August this year, was expected to be a swansong for veterans such as Sushil Kumar and tennis ace Leander Paes. But the one-year delay seems to have caused a change of plans. Set to turn 37 next month, Sushil told PTI, "I am not going anywhere as of now. I have got more time and more time means better preparation."

Making a comeback at the 2019 World Championship, Sushil Kumar showed glimpses of the form that made him look invincible in his prime before he lost steam and made an early exit. That disappointment is, however, already behind him. "Wrestling is such a sport that if you manage to remain injury-free, practice well, set a target and work on that, you can have a shot at your goal," said Sushil, the only Indian to win two Olympic medals.

"I am still practising twice a day. Obviously I am not hitting the mat but I am trying to be in shape and God willing, I will be able to qualify for the Tokyo Olympics," he added.

Sushil competes in the 74kg category in which India is yet to lock an Olympic quota. Will he be able to beat the slowing reflexes? "People were saying similar things in 2011. I know how to handle this. It's my daily job to manage it." Sushil was referring to doubts cast in 2011 over his ability to repeat his Beijing's bronze medal-winning show at the 2012 London Games. However, he ended up winning a silver in London. The delay in Olympics has also brought Sushil's old foe Narsingh Pancham Yadav into the equation since his four-year doping ban will be over in July, making him eligible to take a shot at Olympic qualification.

Narsingh Back In The Fray

The Wrestling Federation of India (WFI) has already said it will allow Narsingh to make a comeback. Narsingh was the preferred over Sushil for the 2016 Ganes but it all ended in disaster when the former failed a dope test. Sushil's demand for a trial was turned down by the federation as well as the Delhi High Court and he was even accused, without a shred of evidence, of sabotaging Narsingh in some quarters. 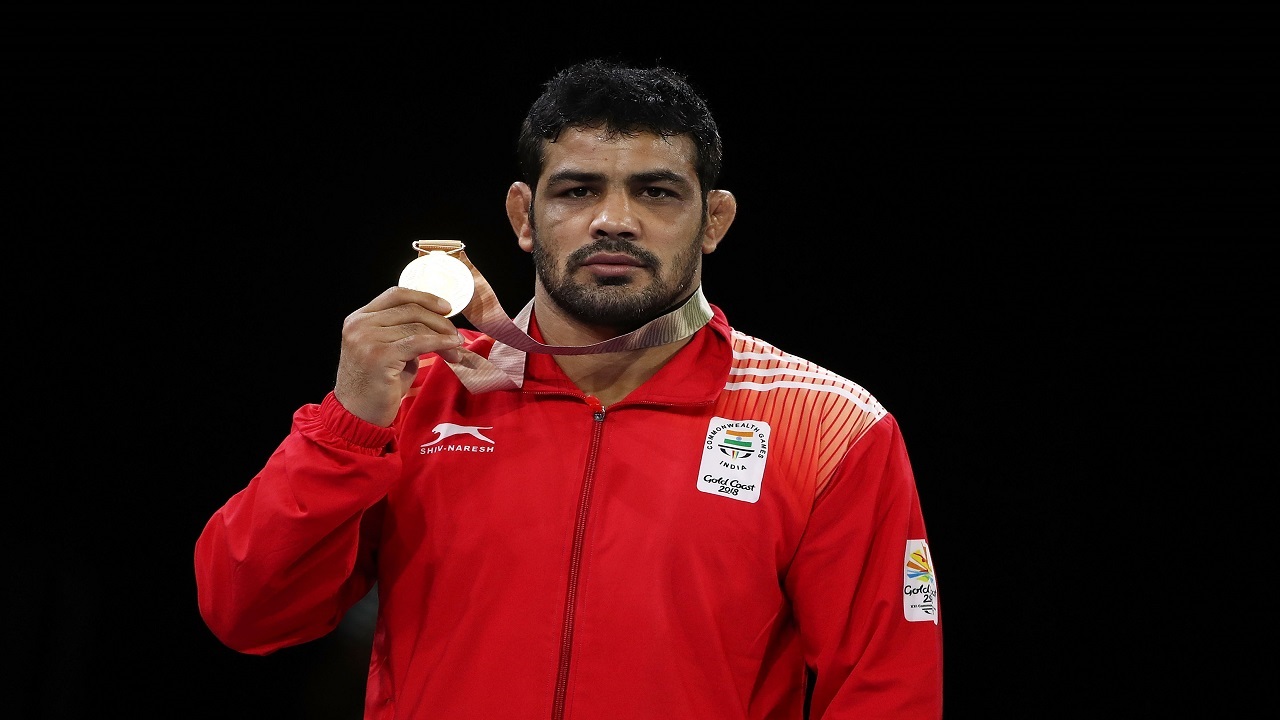 Sushil Kumar does not consider any of the compatriots his real rivals. (Image credit: Getty Images)

When asked about the possibility of a face off, Sushil said, "We will see when the time comes. What can I say now about this. "All I can say is congratulations to Narsingh that he can restart his career. I wish him the best," he added, putting aside bitterness of the past in a single sentence. Jitender Kumar is also doing a decent job as he recently won a bronze in 74kg at the Asian Championship.

Sushil, it seems, does not consider any of the compatriots his real rivals. When asked about the competition he is likely to face from fellow Indians, he said, "If you think small, you will achieve nothing. I am thinking about the international wrestlers, who are my likely rivals. "Like there is one Uzbekistan guy, who won Asian Games gold (Bekzod Abdurakhmonov). He is really good, my preparations are keeping in mind these wrestlers. I am keeping an eye on everyone. I am analysing everyone. If I think about the small targets, it won't lead me anywhere," he signed off.