Tiger Woods Gets His Second Crack At A Record-setting 83rd US PGA Tour Title On The Course Where He Made His First US PGA Tour Start As A 16-year-old In 1992 But He Has Never Done Well In The Riviera Country Club Tournament.

Tiger Woods will be aiming to break the great Sam Snead's record -- which he matched with an 82nd career title at the Zozo Championship in October (Photo Credit: Getty Images)

Tiger Woods's rich history at Riviera Country Club includes almost everything but a victory -- something the US superstar hopes to change with a landmark win this week. Tiger Woods gets his second crack at a record-setting 83rd US PGA Tour title on the course where he made his first US PGA Tour start as a 16-year-old in 1992. At Torrey Pines in January, Tiger Woods insisted breaking the great Sam Snead's record -- which he matched with an 82nd career title at the Zozo Championship in October -- was the last thing on his mind. But at Riviera, Woods can feel history beckoning. "It has been mentioned," he said with a grin. Woods missed the cut in that first Riviera outing in 1992, when he played on a sponsor's exemption.

His fortunes haven't improved that much on the classic course tucked into the Pacific Palisades west of downtown Los Angeles, although the venue where he played as a youngster, and turned out to watch the pros he would someday join, holds many memories. "This was the second professional event I ever went to besides San Diego, coming up here and watching the guys play," Woods said Tuesday as he prepared to tee it up in the Genesis Invitational, the tournament he hosts for the benefit of his TGR Foundation.

"It was the coolest thing," added Woods, who recalled a year he raced to the eighth green to watch Tom Watson play and for his pains got pushed out of the way to allow Watson to play a shot from off the green. I'm standing looking at the golf ball. He comes over and says, 'Move out of the way, kid,' and pushes me out of the way. So I'm out on tour telling him this story and he says, 'Well, you were in the way.' "So for me to have experiences like that here at Riv and to have now this be my event -- hopefully on Sunday we'll be having this discussion a little bit more."

However, Woods has come up empty in 12 prior appearances at Riviera, where his best finish was a second place behind Ernie Els in 1999. He lost the tournament title to Billy Mayfair in 1998, but that edition was played at Valencia Country Club as Riviera prepared to host that year's US Senior Open.

"I have historically never really putted well here," he said. "I've played here so many rounds. It suits a natural cutter of the golf ball, so I figured that's what I have done pretty much my entire career. But when it comes right down to it, you've got to hit the ball well here because the greens are so small and they're so slopey." Woods actually skipped the tournament for a decade, missing the cut in his return in 2018. He finished 15th as JB Holmes came away with the win at the end of a cold rainy week. 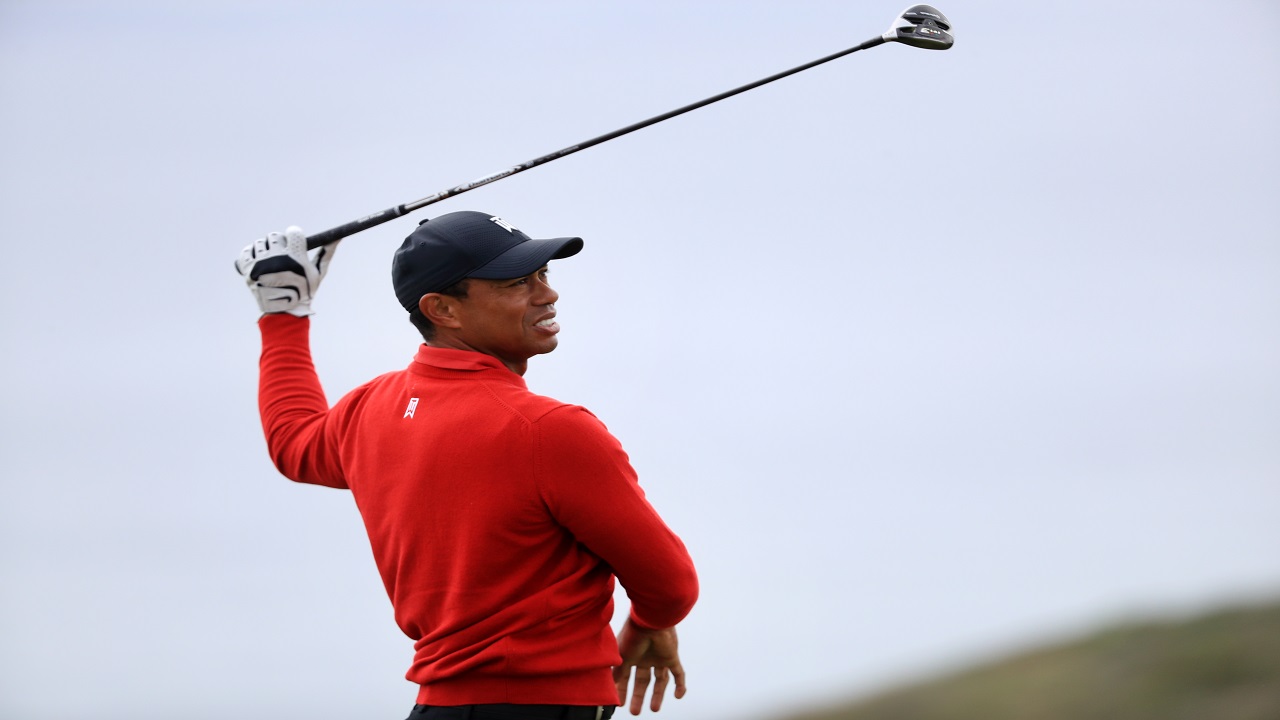 This year's sunshine should be better for Woods's balky back. "Bending, twisting, turning, moving," the 44-year-old said of what movements give him trouble in the wake of multiple spinal surgeries. "Other than that, I'm all good." However, Woods will be up against a top-flight field featuring nine of the world's top 10. That list is now headed by Northern Ireland's Rory McIlroy, who edged into the No. 1 spot on Monday ahead of Brooks Koepka.

The tournament's new status as an invitational, rather than an open, means a smaller field of 120, higher prize money of USD 9.3 million, and a three-year tour exemption for the winner. It also puts the event on a par with the Jack Nicklaus-hosted Memorial tournament and the Arnold Palmer Invitational at Bay Hill. "It's incredible for me to have played in this event at 16 years old and now to have this event and have the status that we have, it's so special," Woods said.